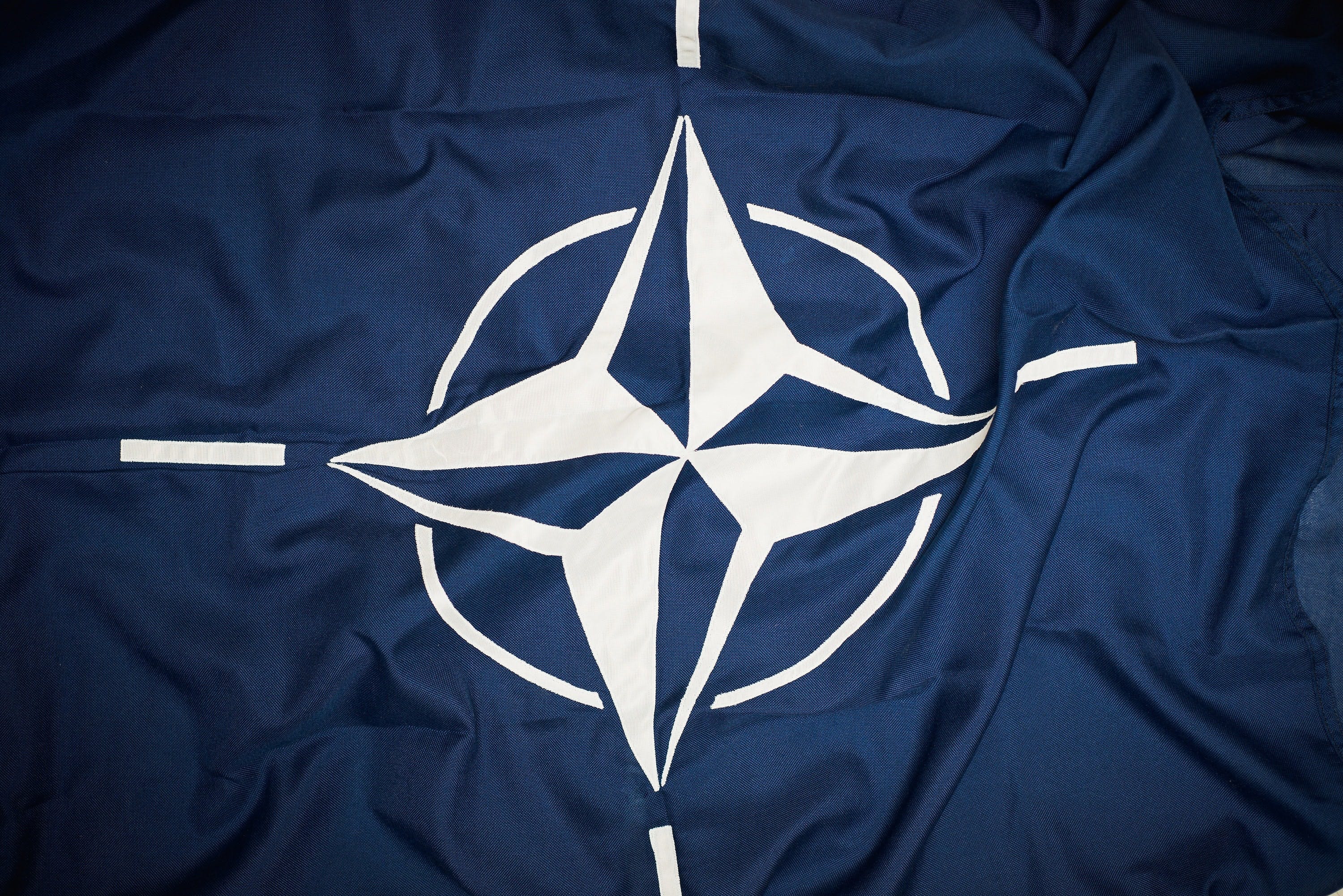 The flag of NATO.

The flag of the North Atlantic Treaty Organization (NATO) consists of a dark blue field charged with a white compass rose emblem, with four white lines radiating from the four cardinal directions.

Adopted three years after the creation of the organization, it has been the flag of NATO since October 14, 1953. The blue colour symbolizes the Atlantic Ocean, while the circle stands for unity. 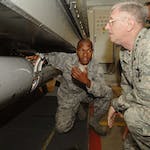