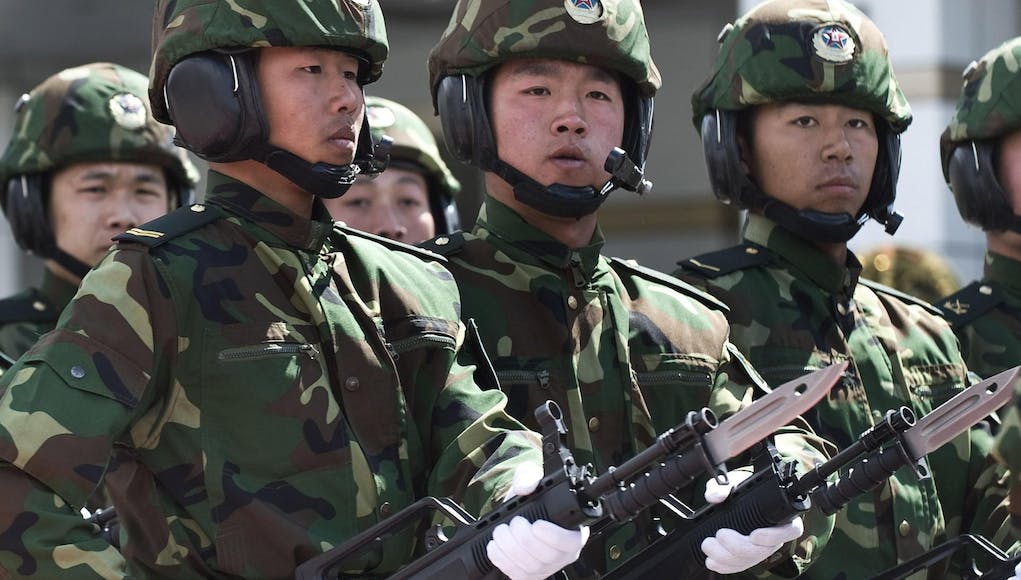 Xi, also general secretary of the Communist Party of China Central Committee and chairman of the Central Military Commission (CMC), gave the instruction at a CMC meeting held in Beijing.

According to local media:

“The world is facing a period of major changes never seen in a century, and China is still in an important period of strategic opportunity for development,” Xi Jinping said, warning that various risks and challenges were on the rise.

“The entire armed forces should have a correct understanding of China’s security and development trends, enhance their awareness of danger, crisis and war, and make solid efforts on combat preparations in order to accomplish the tasks assigned by the Party and the people.”

Regarding combat capability as the only and fundamental criterion, Xi ordered all work, forces and resources to focus on military preparedness and ensure a marked progress in this regard.

There are 3 things that China are likely preparing for. They want Taiwan, They need to defend their stolen territories in the South China Sea and they want some of Eastern Russia back too. They are very worrying.

China won’t do jack! They are just doing this for show and to look strong. They won’t atack any country with the millitary! They will as usual atack there own population though and monitor everything they do, watch, say online!. I thank my lucky stars I was born in the UK and not in Asia/china or Africa basically anywhere apart from the west.

They do consider Taiwan as their own population and not a separate country, so you’re correct 🙂

With regard to Taiwan the situation is that so long as they don’t declare independence, China won’t intervene militarily. That situation may change, but that will be when China believes it can go toe-to-toe with the USA in conventional forces. China doesn’t need to do anything in the South China Sea. It’s already seized the territories and militarised them. As regards Eastern Russia, I doubt we’ll see anything there. We are more likely to Sea a Sino-Russian alliance to divide American attention. Imagine China moves on Taiwan while silmultaneously Russia moves on the Baltic States, which would the USA defend… Read more »

China do not sabre rattle.

Political speak always sounds even more meanless and ridiculous than business speak, but when you add the filter of a direct translation from one very different language to another it hits a whole new level of pointless bull.

Such comments from the top are more likely to give added stimulus, to growing forces with nowhere to go. It’s all about morale boosting?

Political rhetoric from political leaders never inspired my morale, tended to think nasty words at them to be honest…. put my mouth in it once or twice. I Remember the time Jeremy Hunt was speaking and as he was introduced I made a horrible remark about him, only to realise he was actually the guy sat in front of me….. Now my old boss could give a short motivational to the team about giving it all and it could really shake off than can’t give more more feeling. Moral boosts tend (in my experience) to come from those leaders who… Read more »

Surely their plans to take back Taiwan would be economic suicide? Just as they are set to take top economic spot in world, they would likely face huge sanctions (I would hope) from the west and could stop us trading with them stunting their economy and lose a lot of respect. China has a huge opportunity to be a force for good around the world, but this recent obsession with military might and outward aggression is really worrying. I personally don’t think America is in a fit state politically to lead the world anymore and time after time their aggressive… Read more »

They are indeed investing in poor areas of the world. Although it appears that this is more to do with grabbing power than a genuine care for the rest of the world. The terms that are often attached to the loans they give to these countries can pretty much turn them into puppet states of China. China has also appeared to be pretty heavily involved in the conflict in Sudan after it was discovered that Chinese pilots are among those that have bombed civilians. I agree though that they have the power to do good. I just do not think… Read more »

Take the lead on Green Technology ? Have you seen just how many Coal fired Power Stations China have or are Building ? as for Plastic Production, They are Head and Shoulders above anyone Else. I think China has an enormous Influence Globally but not entirely for the good. As a “Simple” bloke nearing the end of my useful tenure, I’m absolutely amazed at just how Gullible and Week the vast Majority of Us Humans are, letting the Power Crazed Mega Rich and Elite Minority taking one massive dump on us all our lives. And we Love It don’t we.… Read more »

China will always put China first. Some countries gravitate towards them out of hatred for western values and China is using this to its advantage.

China has the power to do good, but it cannot, it’s not in its nature.
Despite the economic boom and capitalist investment it is still a Communist dictatorship not too dissimilar to Stalin’s USSR. Surely the recent reports of how an entire ethnic minority being locked-up in internment camps for the crime of being Muslim has awakened people to this fact???

Their economic strategy in East Africa and elsewhere in the developing and developed world is very reminiscent of… What was it… Oh yea… The East India Co.

Don’t think about today. Consider 20years time. They are playing a long game and continued growth keeps the Party in power.

China until recently did not have a very professional army in that it relied on conscripts, reservists and sheers numbers. Since the age of enlightenment (mid-90s) China has been slowly progressing to a professional army. It has not fought a major conflict since the Sino-Vietnam border conflict where both sides claimed victory i.e. stalemate. However, it has started to partake in UN operations such as the anti-piracy patrols of Somalia and Peacekeeping in Mali. China as a country is becoming more proactive militarily. Recently it has been dealing with continued unrest in Tibet since its annexation but also in the… Read more »

For the first time in my life, the PLAN and PLAAF have enough modern combat aircraft, amphibious warfare ships and cruise missiles to take Taiwan if they want to. We should not underestimate their resolve. It has taken an extraordinarily effort to build their forces to this point. Trumps sanctions have hit their economy but it is still quite strong enough to support a large-scale military operation. Take them seriously!

The only smart thing Trump has done is walloping China with tariff hikes. It has really hurt their economic growth. Maybe even more than appears at first sight. Attacking Taiwan would be a huge political risk for the communist party leadership. They have built acceptance of their dictatorship on rapidly rising living standards and military/technological advances. If the first is now history to lose the second would surely be far too great a risk ?

So will we stand up for Taiwan- probably not.
Will we attack their illegal islands- probably not.
Do we care if they take back their territory stolen by Russia – probably not. It would be interesting to see what Putin does against an enemy that appears to have the ability and political will to resist him.
Mr XI is having problems now so personally I would think it is patriotic anti Taiwan sabre rattling over permanent USNCV in the Sth China Sea and trade wars etc.

The PLAN currently Lists, 70 Amphibious Ships of Varying Displacements ranging from a few Hundred Tons to @25.000 tons (7 of these alone). There are over 500 Ships in total, Many of these are Modern and well equipped. They are Actively Building Aircraft Carriers (4 in various states of Completion) Large numbers of Frigates and Destroyers, Hypersonic Anti Ship Missiles and Ballistic Subs galore. If anyone believes they are doing this for any other reason than Global Domination then I’m sorry but I think You might want to have a Rethink.

Or wake up and smell the Ginseng.

I love Chinese food though. At least the stuff aimed at us westerners not whatever the real lot are eating!

I was there for three months (Northern China) in the winter of 1986…bloody cold. Back then they had very poor logistics…food distribution was reduced to what could be sourced locally. I came back a stone lighter after a diet of boiled eggs, rancid pork, cabbage and fried lotus roots accompanied by violent flatulence!!

Hardly Vermicelli Singapore Style is it?!

I’ve seen that TV programme on Australian Customs at the airport stopping the Chinese bringing in all sorts of nasties into the country that they call food!

You mean there is more to having armed forces that just buying kit and parading? Who’d have thought it?

China does not have the resources to take Taiwan (Take D-Days whole effort as an example)
Taiwan has only a couple of area’s to get troops on to..

They would be quickly contained and manpower and resources whittled down, therefore failing an invasion
Plus the UK, US and other would help.

I posted this a couple of years ago. “I was on an oil rig, 60 to 70 miles off the Malaysia coast in 2013 and 2014.When we moved locations we were shadowed by a Chinese Coastguard corvette and a PLAN destroyer. On arrival, the Chinese would inform us that we were in Chinese waters, without permission and should depart. During this time a Chinese amphibious task force held exercises at James Shoal. The Commander told his force to be prepared to fight to defend China’s territory. (Text of speech reported on Beijing TV.) The shoal is 50 miles off the… Read more »

China is developing a *100,000* man marine corps, and has at least twice the landing ship
(LPD and LPH) force, as the UK. And yes, they will invade Taiwan when they are ready, with no apology. When they do, Hong Kong’s special status will disappear.

Indeed. Was in Indonesia in 1998 when China declared waters south of Natuna Island theirs… Including Natuna itself. Indonesians mobilised a brigade of marines the next morning to Natuna.

It’s a matter of time before it kicks of

Something I found on another site,puts some perspective on the situation I think 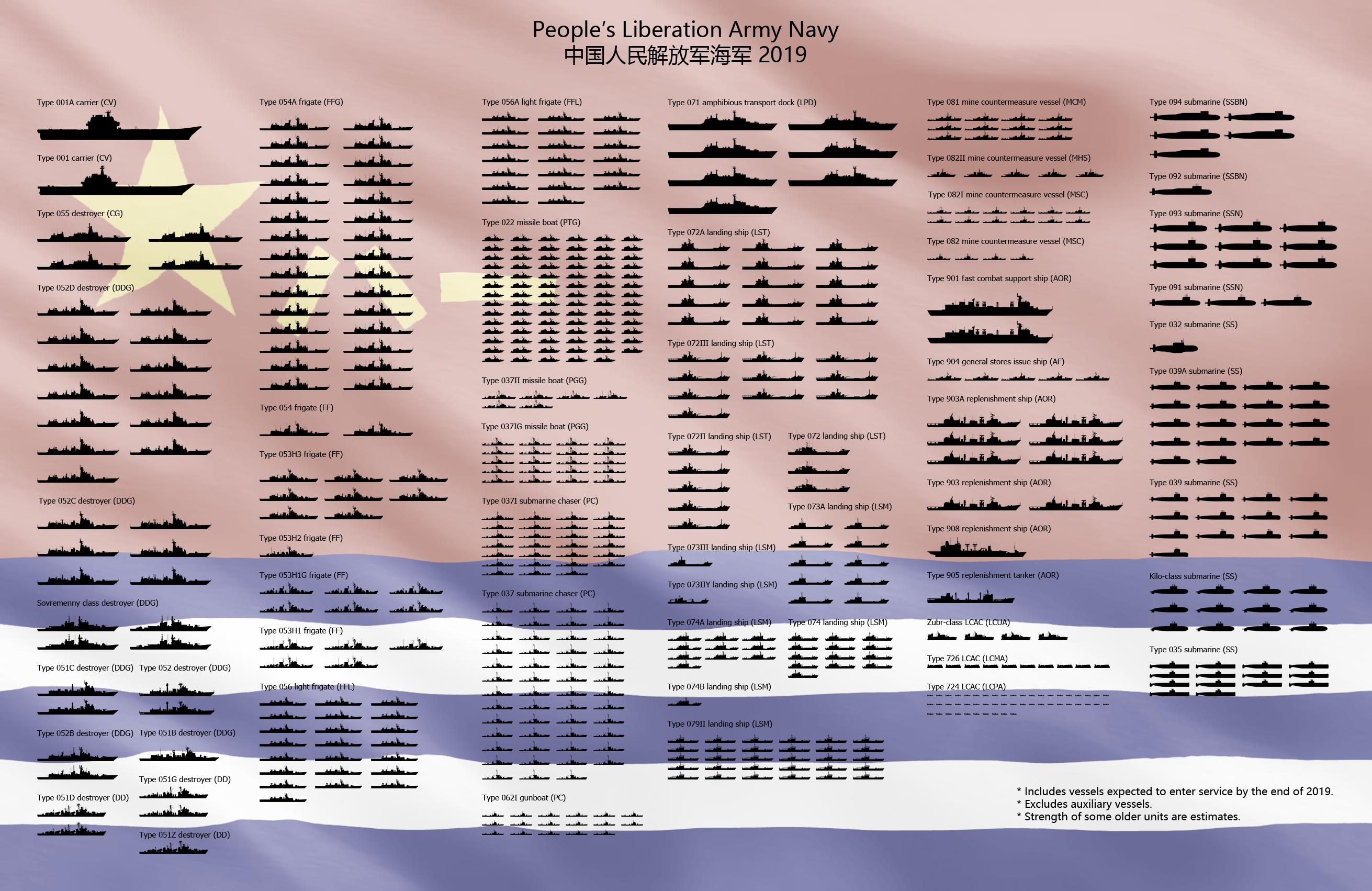 I have said before and will say it again, NATO needs to redefine its operational standards, methods and area of interests. The US cannot expect to defend Europe and operate in the Pacific at the same time. It really is time that Europe took control of the Atlantic and Med whilst the US concentrated of the Pacific. The only way that Europe could control the Atlantic and respond to any aggression on the continent is if each European country dedicated a division of land forces an air wing and a squadron of ships to a central command independent of national… Read more »

I think you are right mate.