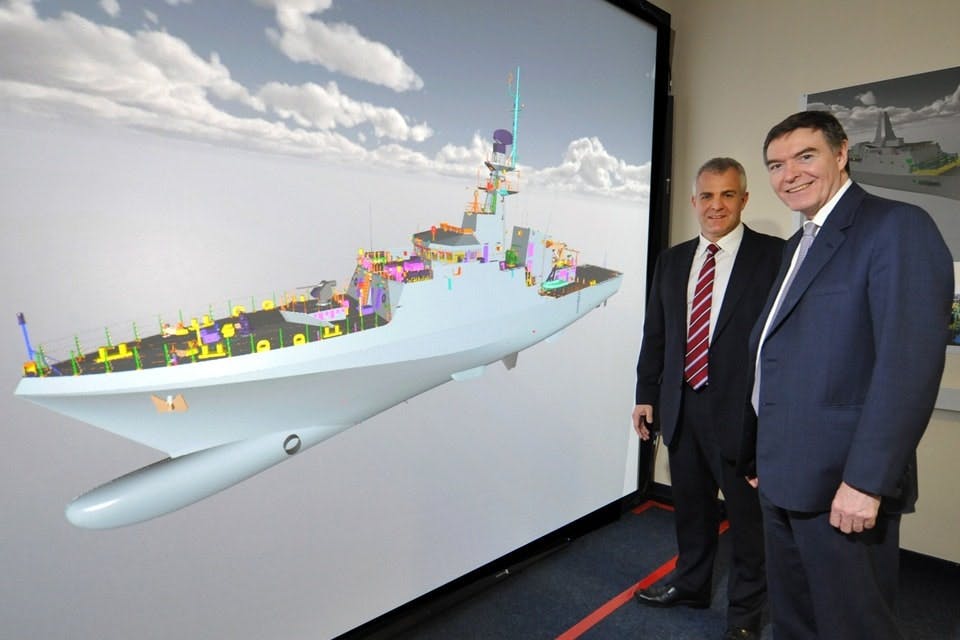 Image of Mick Ord (left), Managing Director at BAE Systems Naval Ships, and Minister for Defence Equipment, Support, and Technology, Philip Dunne MP. View a computer generated image of the Royal Navy’s new OPVs, which are set to be built later this year by BAE Systems at their Clyde shipyards.

The MoD has signed a £20 million contract to buy parts for the Royal Navy’s three new Offshore Patrol Vessels (OPVs).

It was announced in November last year that the MoD would purchase the ships which will be built, subject to approval, by BAE Systems.

Today, during a visit to the company’s shipyards on the Clyde in Scotland, Defence Minister Philip Dunne MP announced that the MoD has committed £20 million to the programme.

The contract will enable BAE Systems to begin work on parts such as the engines and gearboxes, which require a longer time to make and therefore have to be ordered in advance of the main shipbuilding programme.