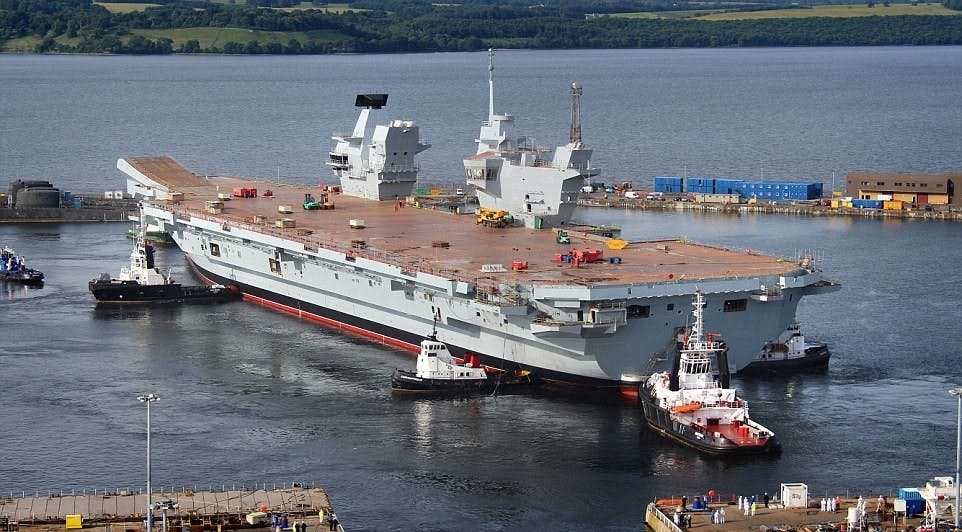 In an operation that started earlier this week, the dry dock in Rosyth near Edinburgh was flooded for the first time to allow the 65,000 tonne aircraft carrier to float.

It then took only three hours this morning to carefully manoeuvre HMS Queen Elizabeth out of the dock with just two metres clearance at either side and then berth her alongside a nearby jetty.

Teams will now continue to outfit the ship and steadily bring her systems to life in preparation for sea trials in 2016. The dock she vacates will be used for final assembly of her sister ship, HMS Prince of Wales, which will begin in September.

The float out of HMS Queen Elizabeth comes just 13 days after the vessel was named by Her Majesty the Queen in a spectacular ceremony.

The HMS Queen Elizabeth and HMS Prince of Wales are being delivered by the Aircraft Carrier Alliance, a unique partnership between the Ministry of Defence, BAE Systems, Babcock and Thales. 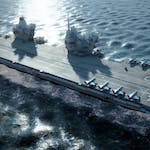