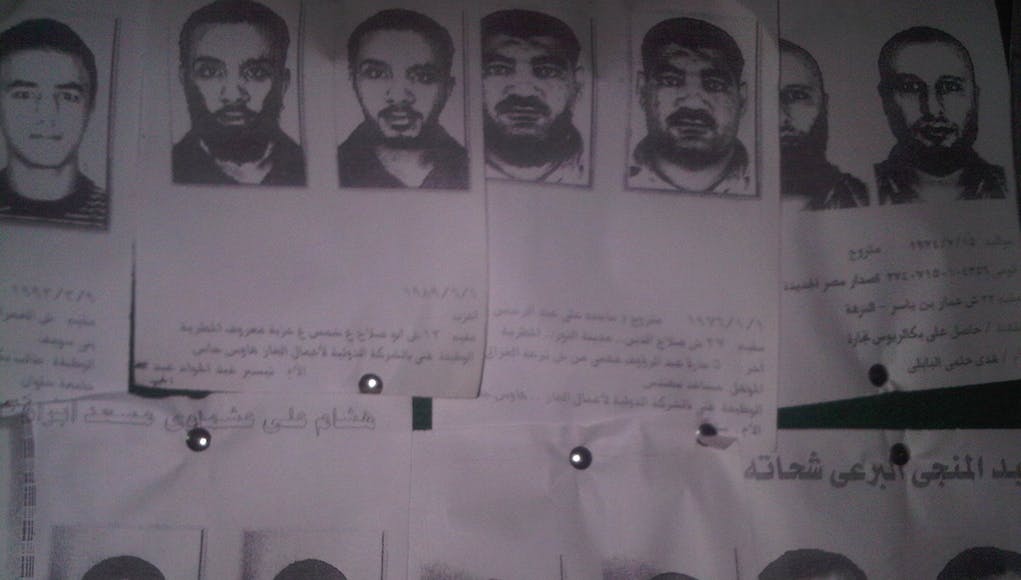 Though it itself is not an extremist Islamic organisation, by present day standards; “al-Ikhwān al-Muslimūn”, in English: “The Society of Muslim Brothers”’, nowadays known as the “Muslim Brotherhood,” is the forerunner and origin of most such organisations in the modern era; and in many areas its branches have morphed into radical extremist organisations.

Founded in Ismailia, Egypt in 1928, by Hasan al-Banna; it is a Sunni Islamist organisation and its slogan is “Allah is our objective; the Qur’an is the Constitution; the Prophet is our leader; jihad is our way; death for the sake of Allah is our wish.”

The Muslim Brotherhood started as a religious social organisation; preaching Islam, teaching the illiterate, setting up hospitals and commercial enterprises. From 1936 the Brotherhood grew more political and began to lead the opposition to British rule in Egypt and had an estimated two million members by 1945. Evidence of its vast influence was clear, with more than 2,000 branches all over the country and 2,000 societies for charity and social services.

Though it has consistently, publicly renounced violence, many Egyptian nationalists accused the Muslim Brotherhood of violence & killings during this period.

Following the Egypt’s defeat in the 1948 Arab-Israeli War, the Brotherhood was dissolved & harshly suppressed. In retaliation to this suppression, in December 1948, a student Brotherhood member assassinated the Egyptian Premier Mahmoud Fahmi an Nukrashi Pasha. A couple of months later, in February 1949, tit-for-tat, the Brotherhood’s founder, Hasan al-Banna, with the alleged connivance of the government, was assassinated in his turn.

With the advent of the revolutionary regime in Egypt in 1952, the Brotherhood went underground. Following an attempt to assassinate Egyptian President Gamal Abdel Nasser in Alexandria on 26th October 1954, six of its leaders were tried and executed for treason, and many others were imprisoned. Among those imprisoned was Sayyid Quṭb, who wrote a number of books while inside; among these works was “Signposts in the Road”, which would become a template for modern Salafist Sunni militancy. Although he was released from prison in 1964, he was arrested again the following year and executed shortly thereafter. In the 1960s and ’70s the Brotherhood remained largely clandestine.

In the 1980s the Muslim Brotherhood experienced a renewal, as part of the general upsurge of religious activity in Islamic countries. The Brotherhood’s new adherents were vehemently anti-Western. An uprising by the Brotherhood in the Syrian city of Ḥamāh in February 1982 was crushed by the government of Ḥafiz al-Assad at a reported cost of 25,000 lives. The Brotherhood revived in Egypt and Jordan in the same period, and, beginning in the late 1980s, it emerged to compete in legislative elections in those countries, its candidates standing as ‘Independents.’

The so-called “Arab Spring”, at first brought considerable success for the Muslim Brotherhood in Egypt. After some six decades of illegal status, it was legalized in 2011 when the regime of Hosni Mubarak was overthrown. As the country’s strongest political organisation, the Brotherhood won several elections, including the 2012 presidential election when its candidate Mohamed Morsi became Egypt’s first democratically elected president.

However, one year later, on 3rd July 2013, Morsi was himself overthrown by the military as a response to serious civil unrest across the country. Millions of Egyptians demonstrated across Egypt demanding the resignation of Morsi; the causes varying from general anger over the government’s failure to alleviate poor economic conditions, to the government’s move to grant Morsi more power, contrary to the agreed constitution.

When the military took over, and made Adly Mansour interim President, the organisation once again suffered a severe crackdown. On 25th December 2013, the interim Egyptian government declared the Muslim Brotherhood a terrorist group, as a response to an attack on a police headquarters in Mansoura on 23rd December 2013. As well as by Egypt, the Brotherhood is designated as a terrorist organisation by Bahrain, Syria, Saudi Arabia, UAE & Russia, but not by the US or UK. The UK government commissioned a report on the Muslim Brotherhood and its alleged extremism activities in April 2014.  After this decision, the Brotherhood reportedly moved its headquarters from London to Austria attempting to avoid the investigation. That report is now ready; but it has been described as a “Hot Potato”; so hot in fact that its release has been delayed, and as of 13th March 2015, is still awaited.

Political organisations spawned by the Brotherhood include “Hamas” in Gaza & the West Bank, the “Islamic Action Front” in Jordan & the “Freedom and Justice Party” in Egypt.

In the mid 1950s the Muslim Brotherhood had several thousand “Army Volunteers” operating in the Gaza strip, at that time Gaza was under Egyptian military rule. When Israel took over the Gaza strip, after defeating Egypt in the war of 1967, it saw its main opponent as being the purely political, secular & nationalist “Palestine Liberation Organisation,” (PLO) which had been fighting for a “State of Palestine” since the 1960s.

Israel, concentrating on its fight with the PLO, eased the restrictions on Islamic activists and organisations in Palestine, including the Muslim Brotherhood; restrictions that had been previously imposed by the Egyptian authorities. Their hope was that these organisations would act as a counter to PLO and its chief faction Fatah. This “…seemed a good idea at the time.” Among the activists that benefited was Sheikh Ahmed Yassin, leader of the Muslim Brotherhood in Gaza. Yassin had grown up in Palestinian refugee camps in Gaza, under Egyptian rule. A boyhood sporting accident injured his spine and left him severely disabled.

In the mid 1970s the Israeli government’s religious affairs department in Gaza, began to hear disturbing reports about Sheikh Yassin from traditional Islamic clerics. The message was “…Keep away from Yassin. He is a big danger,”

Instead, Israel’s military-led administration in Gaza looked favourably on the paraplegic cleric. Sheikh Yassin had formed the Islamist group “Mujama al-Islamiya,” which was officially recognized by Israel as a charity in 1979; which set up a wide network of schools, clinics and kindergartens.  Israel also endorsed the establishment of the Islamic University of Gaza, which it now regards as a hotbed of militancy. (The university was one of the first targets hit by Israeli warplanes in the 2014 conflict)

Yitzhak Segev, the Israeli acting-Governor of Gaza in 1970s, said that he had no illusions about Yassin’s intentions; he had witnessed an Islamist movement topple the Shah when he was Israel’s military attaché in Iran. According to Segev, Yassin and his charity were “…completely peaceful towards Israel during this time…”, and Segev and other Israeli officials were very wary of being viewed as an enemy of Islam. Segev maintained regular contact with Yassin, met with him around a dozen times, and arranged for Yassin to be taken to Israel for hospital treatment.

Also, Segev said, Fatah was “…our main enemy”. After all, in 1974 the Arab states had declared the PLO the “Sole legitimate representative” of the Palestinian people world-wide. Israel often stood aside when the Islamists and their secular left-wing Palestinian rivals battled, sometimes violently, for influence in both Gaza and the West Bank.

In 1984, the IDF received a tip-off from Fatah, that Mujama al-Islamiya was collecting arms. As a result, Israeli troops raided a mosque and found a cache of weapons. Sheikh Yassin was jailed. He told Israeli interrogators that the weapons were for use against rival Palestinians, not Israel. The cleric was released after a year and continued to expand Mujama al-Islamiya’s reach across Gaza.

In a recent interview, Avner Cohen, a former Israeli religious affairs official in Gaza, recalled a 1970s meeting with a traditional Islamic cleric who wanted Israel to stop cooperating with the Muslim Brotherhood followers of Sheikh Yassin: “He told me: ‘You are going to have big regrets in 20 or 30 years.’ He was right.”