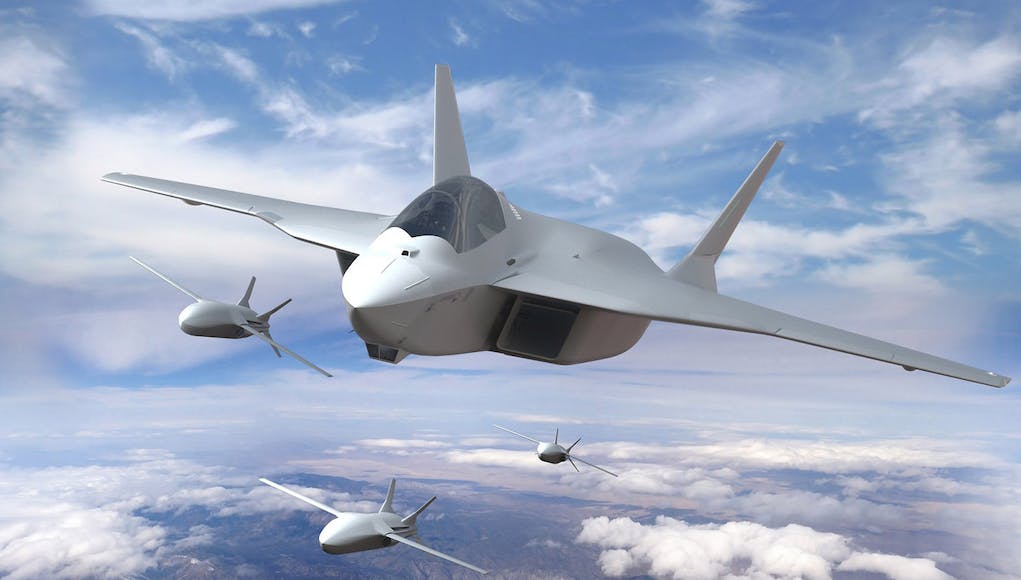 This contract, signed with French and German industry partners, completes Spain’s onboarding as an equal nation across all FCAS activities.

“The signature closes a ten month process of onboarding Spain as the third nation. Airbus, which has been dedicated over the last year to support this integration of Spain, welcomes this step and takes on a primary role at the heart of Spain’s participation in FCAS, working directly with European partners and wider industry in support of Spain’s contribution to the programme.

The contract covers initial work on developing the programme demonstrators and maturing cutting-edge technologies, with the ambition to begin the NGF demo flight tests in the second half of 2026.”

“This signature builds on Airbus’ acknowledged role as the aerospace and defence prime contractor in Spain and ensures we can support Spain’s best interests by contributing our proven design, industrial and technical capabilities, as well as our experience in successful sovereign European programmes.”

Airbus say that the launch of the Demonstrator Phase underlines the political confidence and determination of the FCAS partner nations and associated industry to move forward and cooperate in a fair and balanced manner.

“The increased momentum enables industry to deploy the necessary resources and best capabilities to develop this decisive European defence project. FCAS will provide the next generation of sovereign air power and represents the future of Spain’s aerospace and defence industry. Airbus will play a major role working closely with, and helping to develop, Spain’s industrial and technology capabilities.”

It’s a bit like backing an outsider at Ascott …. It might just win but the safe bet will be Tempest.

I think no matter what happens both programs will produce the next generation aircraft for UK, Italy, Sweden and France, Germany, Spain.

If all 6 where to get together there would be too many cooks and it would be worse than the initial development of Typhoon. The draw back is neither will achieve sufficient EOS to trouble the F35 in exports. The only potential targets will be the usual Saudi, Qatar, UAE, India

Not sure about that mate…….

Can the European Aerospace Industry Sustain Two Separate 6th Gen Fighter Projects,im not so sure,would be good if they both come to Fruition though.

Dont worry, the SCAF is probably close to the end. (At least with the Germans)

Trying to think when was the last large scale project that had a stellar record or indeed even a moderately great record anywhere to be honest it’s the nature of the beast but certainly the more fingers in the pie the more camel meat goes into the mix.

The QE class and Astutes spring to mind. Yes they had their issues but the end result is rather good, to say the least. Here is hoping T31 and T26 are “stellar”.

True enough, but as far as I can see the Tempest project has three partners currently (UK, Italy, Sweden), same as the FCAS (France, Germany, Spain), so why assume Tempest will be fine and FCAS fails?

I guess because of the Bundestag ?. France just want the same leadership UK has on Tempest on its FCAS and we can’t blame them for that.. after all they have specific requierments to reach (nuke and carrier capability) and Dassault has proved to be among the best aircraft producers..

The French have a history of turning up, taking note of the best bits and then leaving to do their own thing.

The UK is perfectly capable of producing a world class aircraft. If past experience is to go by, we will end up with an outstanding prototype with all major issues fixed and the production tooling in place and then we will cancel it and buy from the USA.

It will most probably fail and France will do the usual thing. Might just be wrong though, but I don’t care at this point in my life.

Agreed. We’ve seen this happen too many times to not be sceptical

Even if it succeeds France will insist on primacy in developing the design to it’s own specific needs and taking the lions share of the production work. They aren’t big on compromises!

If they wanted to join Tempest as a secondary partner on par with Italy and Sweden then fine – but that’s never going to happen and The UK will be much better off steering clear of any talk of Tempest being absorbed into FCAS.

Thales is not in the FCAS, Safran is a lackey of MTU…

French are not big on compromises ?
You kidding ?

Thales may not be involved but Dassault is.

Fair points about what Germany brings to the table, but my view is that if The UK were to partner with France the former would naturally want to bring in a lot of development and production capabilities as well as cash and would naturally want to have a major say in what shape the aircraft takes – but France would still seek to call the shots and have primacy in work-share.

Brexit was what led to the 2 projects. And Dassault is the lone real fighter industrial of Europe, if hes not involved in the program, who can be ? I can understand that is hard to not see an equishare. But it’s a military program, efficiency must prime. After the success of this, it can led to a real European Fighter industry. You cant really ask to dismantle the lone real industrial without anything behind… But no, germans want everything right now, and absolutely dont care about the military weights of the program. It’s a shame. And for France, we… Read more »

I wonder if the involvement of SAAB (bringing in the digital design software used to develop the new US T-7 Red hawk trainer which saw:

in the Tempest program will give the Uk an advantage over the Airbus jet?

Hi Farouk, SAAB certainly bring much to the Tempest project. One of the things I particularly like about the current manned Tempest design is it’s an uncompromisingly large (Raptor sized) Land based aircraft. This equates to large internal volume for fuel, weapons and sensors, so range and flexibility. Pan European fighter Bomber projects have always been smaller than the RAF wanted, Tornado IDS was hampered by its small size, by German insistence. The RAF had to fight hard to make sure Eurofighter was big enough, again, fighting the Germans all the way, who wanted a smaller simpler design. The Franco… Read more »

Hi John “One of the things I particularly like about the current manned Tempest design is it’s an uncompromisingly large (Raptor sized) Land based aircraft”. And therein lies a potential problem, John, because the Swedes may require a lighter (and cheaper) aircraft. Both the Germans and Italians have been good industrial partners to the UK over the last fifty years – Tornado and Typhoon etc And I wish the Germans were onboard again. (These issues you refer too were budgetary pressures during 1992-1993 caused by the reunification of Germany). For reasons of economy of scale in a production run, I… Read more »

It’s a bit of over simplification. But the aircraft specifications will be dictated by in part the Nations legacy requirements. Sweden is flanked by NATO, Neutral Finland and a belligerent Russia. Therefore, it doesn’t need a long ranged aircraft, but one that is more of a traditional interceptor, i.e. fast quick reaction alert (QRA) times. As they are a relatively small country with a smaller GDP, they require the aircraft to be multi-role. Because of the surrounding neighbours, their use the dispersed operations method for their aircraft in a time of conflict. These aircraft are moved to austere sites and… Read more »

Hi Alan, yes and no…. First off, if we wind time back to the Tornado IDS, the Germans insisted on a smaller airframe, the UK at the time had little option but to go along with it, as programme collapse would possibly have spelled the end of British military aircraft projects.. As a result, Tornado IDS, far from being the multi roll aircraft once envisioned, became a sharply focused a central European theatre bomber. It could have sold far better on the international market had it been the equivalent of a swing roll Phantom, as originally planned. Re the Typhoon,… Read more »

After Typhoon was in service, the scheduled upgrades were pushed to the right. The blame for this can squarely be put with the Germans. Both Italy and Spain wanted a more multi-role aircraft. The UK wanted upgrades to the Captor radar and IRST, both of these were put on hold by German instrasegence, as all four partners had to agree on the upgrade. At the end of the Cold War after German reunification, they even cancelled its spares program, seeing little requirement as the threat had gone away. They didn’t see the point in funding development programs. At one point… Read more »

We can only hope…. A far more flexible approach needs to be taken with Tempest.

I really hope Tempest continues to gather pace, it certainly needs a good injection of Saudi money (and an order for 80 plus) to keep the pace moving.

I do think that BAE systems and SAAB are a superb pairing, BAE taking the lead in ‘large twin’ airframe design and SAAB taking lead in single engine light weight design variants.