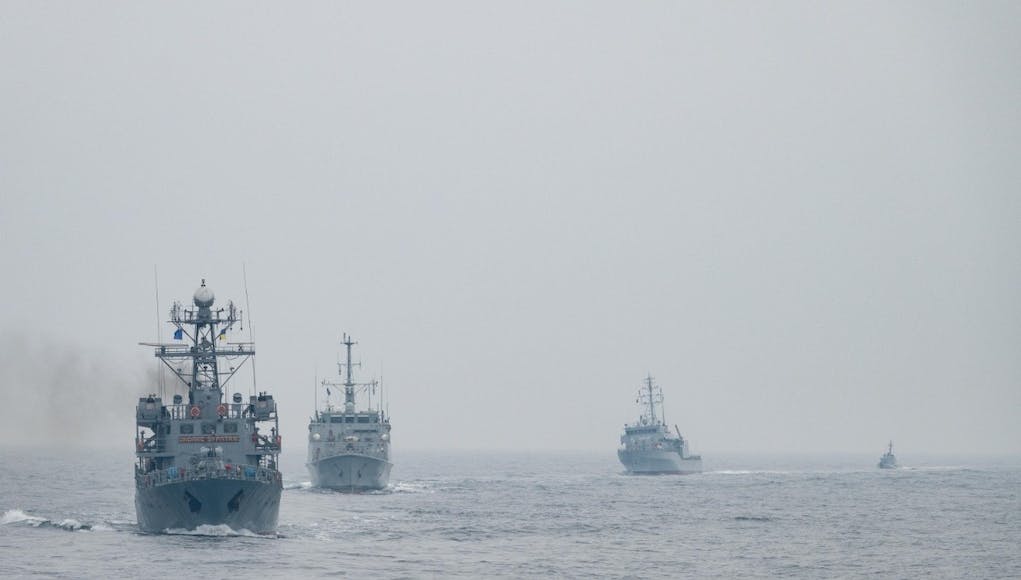 Standing NATO Mine Countermeasures Group Two (SNMCMG2) has concluded a port visit to Odesa, Ukraine and a passing exercise (PASSEX) series with the Ukrainian Navy.

“This port visit and exercises were an opportunity for us to strengthen our relationship with our close partner Ukraine in the Black Sea. Ukrainian Navy is highly professional, and any interaction with Ukraine as a partner is extremely valuable to us”, said Captain Yusuf Karagulle, Commander of SNMCMG2.

With three Allied nations, Bulgaria, Romania and Turkey, and two regional partners, Ukraine and Georgia bordering the Black Sea, Standing Naval Group presence in the region is a regular occurrence.

Patrols by NATO Maritime Groups have increased over the last few years. There were five patrols in 2020.

Relations between NATO and Ukraine date back to the early 1990s and have since developed into one of the most substantial of NATO’s partnerships. Since 2014, in the wake of Russia’s illegal annexation of Crimea, cooperation has been intensified in critical areas, including increased NATO presence in the Black Sea and stepped-up maritime cooperation with Ukraine and Georgia.

After completion of PASSEX activities the Group conducted a maritime patrol while proceeding towards the Mediterranean Sea to wrap up their first deployment of NATO maritime forces in the Black Sea in 2021.

I may be criticised for being off topic, it may be a new article should be set up, but I read in The Sun that 4 new “Ranger” battalions are to be created to work at a level just below the SAS/SBS. I think in the past I’ve suggested something like that … It seems an excellent idea to me.

Is that not the same role as one of the parachute battalions already does?

1 Para (?) as I understand works closely with SAS.
As I read this article this is 4 battalions, a special ops brigade. So it’s below the threshold of SAS.

But it is a news article…

The assistance brigade seems different again and again I think if true is a good idea, a valuable one.

Yes, 1 Para forms the bulk of the SFSG.

The SFAB, we already have a similar outfit, the Specialist Infantry Group. Already has 4 or 5 battalions, most downsized from previous LI Btns and 3 RGR newly raised.

Need to check very carefully that these “new” formations are not just existing rebranded for PR/spin purposes.

Either formation expanded and given proper CS&CSS is welcome of course.

Thanks. Yes it’s all interesting.