At a Sciences Po Paris School of International Affairs event held virtually on Monday, NATO Secretary General Jens Stoltenberg emphasised that in an unpredictable world, NATO is the strategy to deal with uncertainty and safeguard peace.

The Secretary General brought out that the nature of security is changing with lines between war and peace becoming increasingly blurred.

“Our adversaries challenge us using bombs and aircraft, but also bots and algorithms,” he said. He added that NATO continues to adapt and has already done a lot to be best prepared for any threats at any time.

Mr. Stoltenberg reminded that he has launched NATO 2030 reflection process on the future of the Alliance that aims to keep the Alliance military strong, make it politically strong, and ensure it takes a more global approach.

“NATO is the only place where Europe and North America come together every single day. It is a unique platform,” he stressed and added that NATO should be used more to discuss issues that affect our common security, such as the consequences of climate change. “Neither America nor Europe can deal with such challenges on their own”.

The Secretary General also said that he has also appointed a group of emerging, young leaders from across the Alliance to advise him on NATO 2030 and present their ideas in early February. 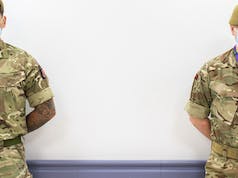 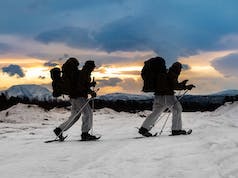 What to expect of NATO when Mr.Stoltenberg says things like this:
“Nato should examine how it can power tanks and jets with alternative energy, such as solar panels, to reduce its carbon emissions, the alliance’s secretary general said.”

Look at the French currently fighting in Africa, asking for partner support, we are helping, the Germans ‘would love to help’ and will have have a meeting to discuss the sandwich selection at the next meeting, before they knuckle down and after agonising over it, send the German equivalent of Private Godfrey with his first aid bag……

The Germans are right behind them …. About 3000 miles behind them, comfortable in their beds…….