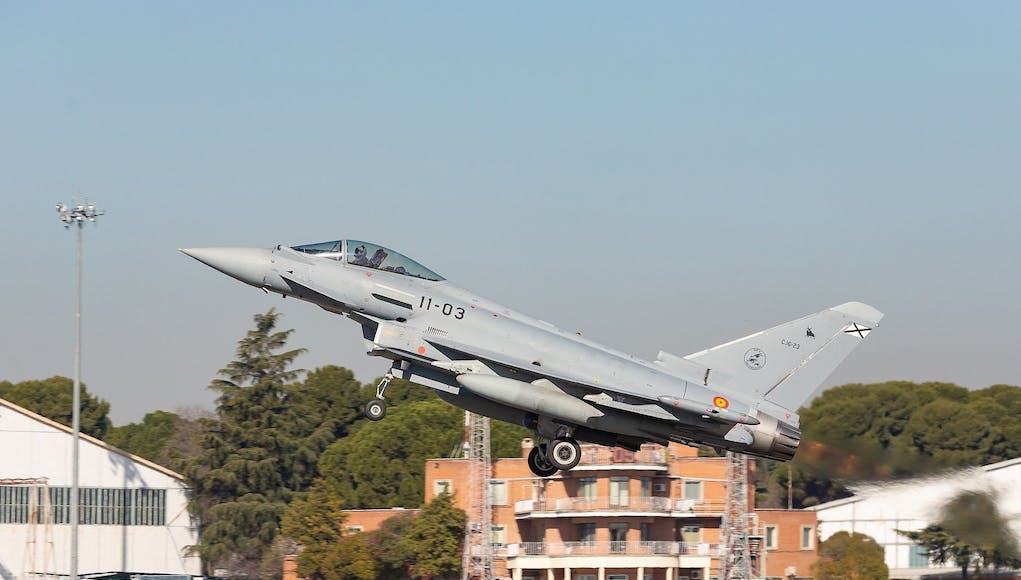 The upgrade was carried out at Airbus facilities in Getafe and involved the introduction of hardware modifications which support the Operational Flight Program 02 developed by the Armament and Experimental Logistics Centre (CLAEX).

This first single-seat Eurofighter (serial number SS003), to be followed by a second two-seat aircraft currently undergoing the upgrade, will be used initially by CLAEX as a test aircraft for the qualification of these new capabilities that will be implemented on the Air Force’s fleet of 15 Tranche 1 Eurofighters.

Could the UK not benefit from enhanced tranche 1? In days of reduced airframes I think we plan to phase out a world beating platform too soon. The Spanish have the same issues of “a fleet within a fleet”, yet they are happy to make this investment. not suggesting we make the same upgrades, just some upgrases

It’s interesting, I thought I read an article, probably on here somewhere that said the Tranche 1 air frames where too difficult to upgrade to the Tranche 3 standard due to wiring or something. I don’t know the first thing about it.
I would be happy if we sold the Tranche 1’s to Romania or the Baltic’s if they where replaced with an equal number of Tranche 3+ an upgraded radar.

I think that is true and I am not suggesting we attempt to upgrade them to T3, just that we make them upgraded T1 A2A fighters. I don’t think they can generate th power for AESAR for instance. Isn’t there a T1 upgrade path that can keep them relevant beyond 2030? If there is still life left in the airframe, they should not be retired.

Leonardo proposed an AESA scanner that could be dropped onto the CAPTOR radars for Tranche 1 compatability.

I read that Italy is upgrading its tranche 1 Typhoons to a near tranche 2 standard.
Given that the UK has abandoned its aim of 232 Typhoons & probably has half that (only 80 in use?), perhaps the UK should pick & mix the off the shelf tranche 1 upgrades that Italy & Spain are doing?
Would also make them more desirable 2nd hand, when we replace them for F-35/Tempest.

What would it take to lake Tranche 1 compatible to Meteor.

If they are focused on a2a ops then give them the best a2a missile… if its reasonably feasible.

A whole lot of cost for only 24 air frames. The RAF doesn’t consider it worth the money, I tend to agree. Better to put funds towards the F35 or Tempest.

Exactly, for their primary role which is UK QRA their armament of AMRAAM and ASRAAM is more than adequate.

Pete – they will use AMRAAM and ASRAAM so still a Formidable Weapon choice.

I’m not an expert, just an enthusiast, but I understood the RAF are intending to stand up 2 additional squadrons of Tranche 1’s, which would boost front line squadron numbers at relatively minimal cost as the airframes are sitting there. Is that right?

Understand that. If its a short term plan to use T1 for say 5 years clocking up hours before swaping out for T2/T3 airframes from inventory then fair enough.

If the ‘plan’ is T1 airframes for next 15 years in QRA role then it would strike me as being like having $2 billion worth of boxing champion that is only allowed to throw uppercuts…. Relatively speaking.

The Typhoon tranche 1, labelled F2, will be very good for a decade or more as air superiority fighters, the Typhoon’s originally-envisaged role. The tranche 2 and 3 FG4s were switched to a tac air role, good for ground attack and air defence but no longer air superiority. We should upgrade them as the Spanish are doing. We had 53, retired/cannibalised 16 x 2-seater trainer versions, still have 37 left, enough to equip 2 slightly understrength squadrons. It would be good to buy a further half dozen and refurb them – if the MOD can afford the pilots. Austria, Germany… Read more »

If, a big if, the UK can get other nations (Canada, Sweden, Italy, Japan) to back Tempest, then playing fantasy fleets, I would build it in 2 versions. The first, as you say, an F-22 lite, single seat optimised for air superiority.
The 2nd, a SU-34 style, 2 seat side by side, with loo & galley, for long range strike, with a bigger wing & higher bypass engines. F-111 combat radius. A true Tornado, TSR2, F-111 replacement.

Tranche 1’s are more than good enough for QRA until 2030 when they two squadrons should be swapped out for F35.

Spain is not getting F35 and has many legacy F18’s to replace so keeping T1 going makes a lot of sense for them. The reason T1 can’t fit captor E is to do with the bulk head. This was strengthened in T2 to take the extra weight for cooling required for larger computers. Rebuild cost are said to be up to $30 million per aircraft. 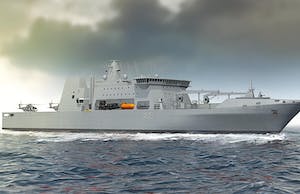 May 14, 2021
ELLIDA is a multi-role support and logistics vessel that can transport and deliver troops, vehicles, equipment and supplies.