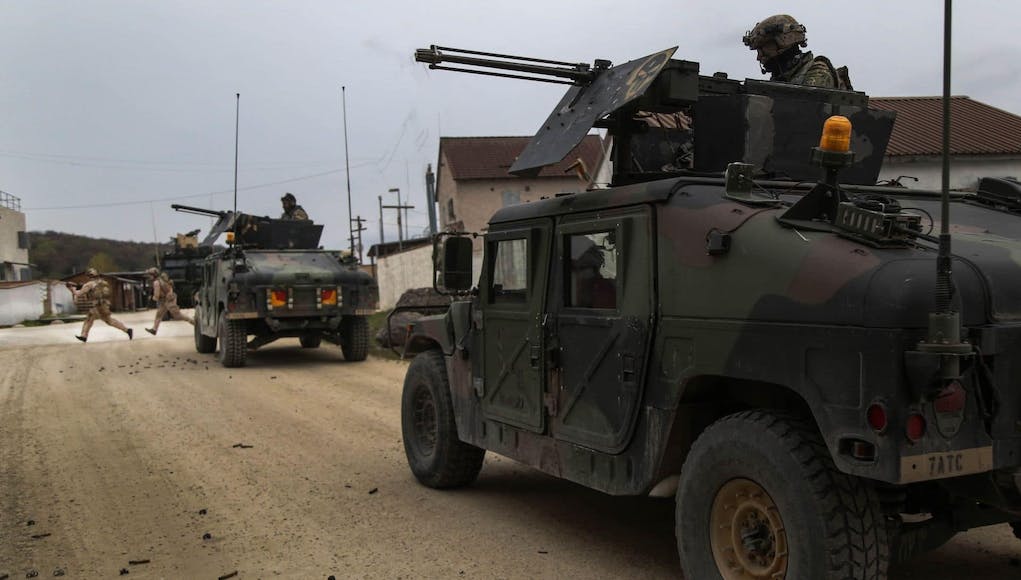 Naval Special Warfare operators from US Special Operations Command along with NATO Special Operations Forces from Albania, Bulgaria and Lithuania, partnered with the US Army’s 2nd Cavalry Regiment during Saber Junction 17 at the Joint Multinational Readiness Centre in Germany.

Saber Junction 17 is a brigade-level validation exercise designed to prepare the unit for combat operations in the complex European theatre of operations. It features about 4,500 participants from 12 allied and Partnership for Peace nations, including Georgia, Italy, Macedonia, Poland, Romania, Slovenia, Ukraine and the United Kingdom.

One of these elements was a US-based special operations team composed of Navy SEALs. The team has worked closely with the 2nd Cavalry Regiment during the exercise, including embedding a liaison officer with the unit.

“We learned what special operations forces can contribute, and they certainly learned what our challenges are,” said Army Col. Patrick Ellis, the 2nd Cavalry Regiment’s commander. “They put a liaison chief petty officer in the tactical operations centre, and he greatly contributed to the understanding of what they can do.”

The special operations platoon commander discussed how the covert nature of his team’s operation aided in intelligence collection capabilities.

“Our ability to conduct close-area reconnaissance and low-visibility operations has provided 2CR a great resource to fill their intelligence gaps,” the commander said.

In addition to the integration of US special operations forces, a simulated resistance force was introduced into the exercise through the use of the Lithuanian National Volunteer Defence Force.

Living in a simulated village, behind enemy lines, the Lithuanians operated in civilian clothes while living side by side with civilian role players.

“When we arrived here at JMRC, we quickly assimilated within the simulated training environment,” a Lithuanian sharpshooter said. “By day two, we had integrated fully into the village and began training closely with the Bulgarian [special operations forces] team.”

The sharpshooter discussed some of the training objectives his unit has worked toward during the exercise.

“The most important things we’ve learned from this exercise were tactical and technical insights from each nation’s [special operations] forces,” the sharpshooter said. “We’ve also learned how to effectively react in high-stress, tactical environments.”

Facilitating interdependence, interoperability and integration among special operations forces is something the cell at the readiness centre ensures is embedded deeply in every rotation that comes through the facility.

November 9, 2021
A hybrid force of both jets and drones could "allow the opportunity" for Britain to put an air wing on both HMS Queen Elizabeth and HMS Prince of Wales at the same time.