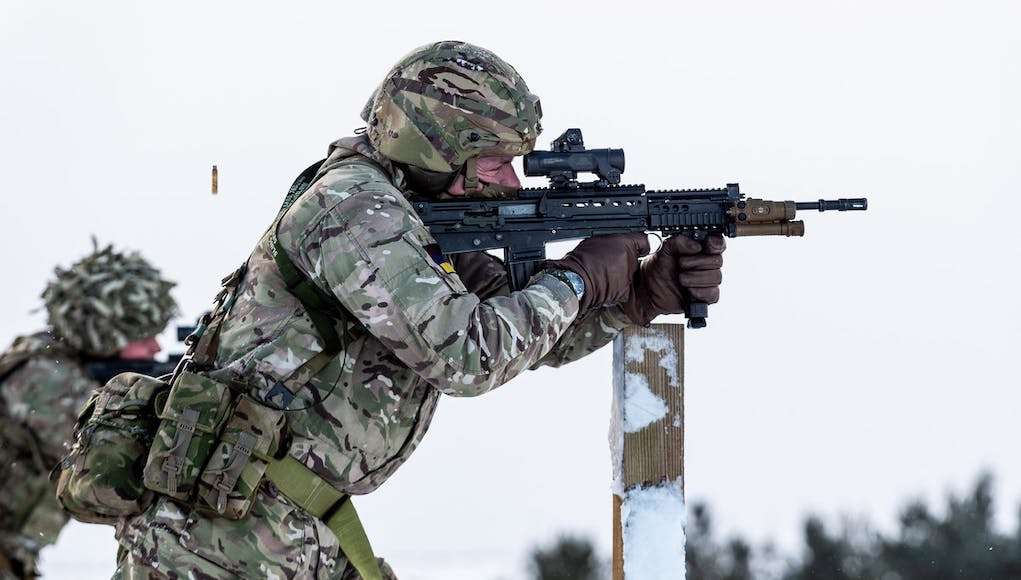 “The exercise was conducted across three counties – County Durham, Cumbria, and North Yorkshire. It also involved personnel from 4 LANCS and the QOY. Training like this demonstrates the Army’s commitment to developing its soldiers and continuing to ensure operational effectiveness during these difficult times.

All training was conducted according to Covid-19 protocols. Personnel were bubbled together, with external visitors wearing masks and remaining socially distanced at all times.”

The British Army also say that travel was only conducted when it was deemed to be essential according to UK Government guidance.

All 3 reservists did well!

““The exercise was conducted across three counties – County Durham, Cumbria, and North Yorkshire. It also involved personnel from 4 LANCS and the QOY. Training like this demonstrates the Army’s commitment to developing its soldiers and continuing to ensure operational effectiveness during these difficult times.”

Well at least they have the new helmets. lol

I think the exercise starts with a Chinese biological warfare attack……

Reserve Units need to be nurtured and expanded as a valuable back up asset for the Regular Army. Our part timer Unit in the Natal Parks Board had a number of ex Game Rangers including some senior officers plus rangers from Zimbabwe who had experience in places such as the Zambezi valley. It also included experts in various related fields-snakes,vets, ex Police and Army. We took part in ops across the range from anti poaching to undercover,education and policing duties in enforcing the Ordinance. I understand/understood why Regular personnel had to be respected and deferred to, but Regulars are sometimes… Read more »

ps Would it not be an idea to tag on say a years service from both short and long term Regulars to be spent attached to a Reserve Unit as part of their career? This would boost numbers and add fresh experience to the benefit of the Reservist corps.

I would say this need is met by guys transitioning from the regulars to the reserves.

Crumbs – if someone had told me I ‘had’ to give up my spare time for my ‘old job’ in the year or two after I left I don’t know who would’ve been more upset between the wife and I! Reserve service isn’t for everyone and certainly I couldn’t fit it around my day job.

This is why we have the Regular Reserve – it’s just a means of growing the Army rapidly in a national emergency with people who have recently left – 5 years for soldiers and up to age 60 for officers.

Thanks for that Robert. I was not aware there was a Regular Reserve. Here in SA after National Service a soldier was required to attend ‘Camps’ for a number of years after he had completed his stint in the Army. this consisted of a three week camp and once a month parades or similar.

Long time since I have heard someone say ‘crumbs’ 🙂

I didn’t want to say something ruder!

Sent my application off to the Reserves, waiting on Capita now! I can’t wait to get stuck in.

American reservist here. spent over 5 years regular and another 5 reserves. There are absolutely some differences in competency between the regulars and reserves, however in America we have a lot of police, firefighters, and paramedics that are also reservists. For COIN, or operations other than war, having these guys on hand is absolutely a benefit. Yes, Military Police are decent, but I’d take a guy that spends 40-50 hrs a week in a NYPD gang unit and is also a reservist over some regular MP who writes tickets on base, especially in a COIN environment. Reservists are not as… Read more »