Home Review Arnhem: Ten Days in the Cauldron – The Review 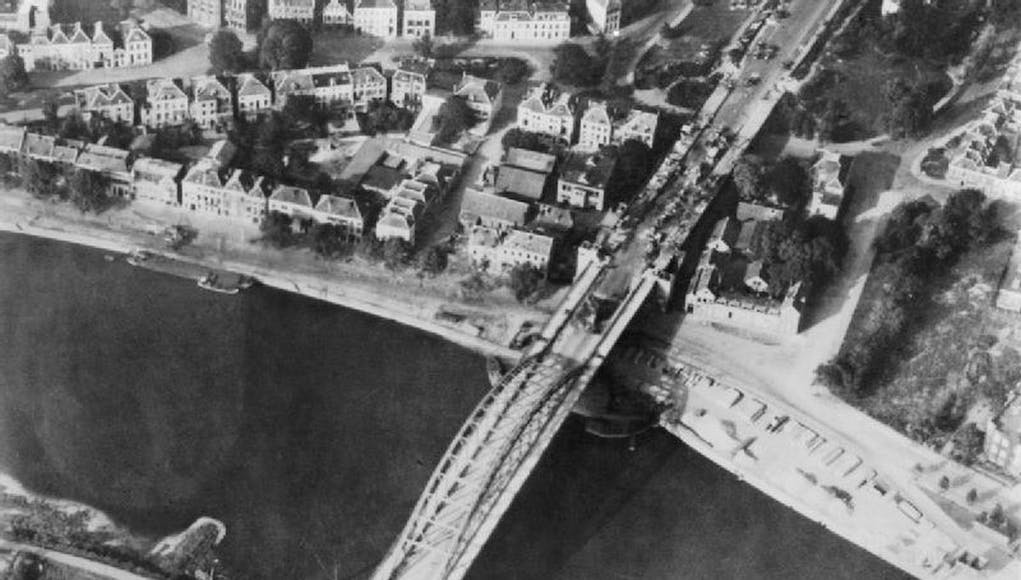 There have been many accounts written on the Battle of Arnhem, that “glorious defeat” suffered by the British 1st Airborne Division in September 1944 during the Second World War.

Best known might possibly be Cornelius Ryan’s A Bridge Too Far, which spawned the eponymously titled film starring Sean Connery and a host of others. Books by Maj Gen John Frost (who was there) and Anthony Beevor are also well known.

But where Iain Ballantyne’s book, published on the 75th anniversary of the ill-fated assault from the sky,  differs is in the telling of the well-known saga not from the strategic perspective followed by other authors but through the testimonies of those who were, if you like, at the coalface of the battle, soldiers and civilians alike. So we hear the personal testimonies of people like Captain Peter Fletcher of the Glider Pilot Regiment, or 19 year-old Private Frank Newhouse, or the remarkable story of Dutch civilians Frans de Soet and Jan Loos, trapped in cellars in the middle of the fighting.  This brings a refreshing immediacy to the tale.

Interestingly, the first chapter of Ballantyne’s book is nothing to do with Arnhem; it is an account of the famous coup de main operation which captured the two bridges across the River Orne and the Caen Canal on the night of 5th/6th June 1944, the opening act of D Day.  This remarkably audacious operation by D Company, 2nd (Airborne) Battalion, the Oxfordshire and Buckinghamshire Light Infantry, was known as Operation Deadstick and paved the way for British forces exiting Sword Beach on D Day.

Operation Market Garden, launched in September 1944 and of which the Battle of Arnhem was part, was a hundred times bigger than Deadstick and could hardly be described as a coup de main operation. What persuaded the normally cautious and cautious Field Marshall Bernard Montgomery, commander of the 21st Army Group (2nd British Army and 1st Canadian Army), to go for a highly risky and ambitious operation like Market Garden is beyond the general scope of this book, but go for it he did.  Clearly he was persuaded that it was a risk worth taking.

Britain’s 1st Airborne Division has only been used in its various constituent parts up to that date, not as a whole formation.  It had been held in reserve whilst the 6th Airborne Division completed the Normandy landings.  1st Airborne had been stood up, and then stood down, for numerous operations – sometimes after they had boarded the transports – and there was a genuine fear among commanders that the troops “might go off the boil”.

They need not have worried on that score. Despite the stop/start nature of their previous experiences, it’s quite clear that the Division was at the top of its game when it landed in Holland.  Just as well, because it landed amongst elite Waffen SS troops who were recuperating having been mauled in the race across France that eventually followed D Day. As we all now know, the airborne soldiers were more than equal to their opponents but sadly wanting in heavy equipment, and that in the end is what decided the matter. The British XXX Corps couldn’t get to them in time.

One constant theme in the book is the Division’s poor or non-existent communications once they got on the ground – radios were either lost, not working, or incompatible.  We learn from Major Tony Deane-Drummond, who at the tender age of 27 was second-in-command of Divisional communications, that they had more or less known that they would lose comms with the brigades when they left the Landing Zones. And that’s exactly what happened, so the Divisional Commander, Maj Gen Urquhart, felt compelled to leave his HQ in an attempt to find out what was happening on the ground.

Urquhart gets some criticism from the author for this, but the General was caught between a rock and a hard place. If he had stayed at his HQ he would have had no idea how events were unfolding at brigade level, but by leaving to see for himself his HQ could not contact him for decisions.  Ballantyne calls his perambulations “a wild goose chase”, but what else could he have done?

At the other end of the rank scale we hear of 19 year old Private Frank Newhouse of the 10th Parachute Battalion, part of their anti-tank platoon and a PIAT (Projector, Infantry, Anti-Tank) operator.  Newhouse is called into action twice to stalk enemy tanks and succeeds in driving them off. The third time he is called upon things do not go so well; he is badly wounded by shrapnel and evacuated to the dressing station.

I found the book pacey – and sometimes breathtaking – to read, and I finished it in one go.  A couple of maps help to orientate the reader to the action, although arguably for the younger and/or non military reader a larger scale map of the north west Europe strategic context might have been helpful too.   There’s also a useful glossary explaining military acronyms for the uninitiated and appendices looking at some aspects of the debacle in more detail.

Overall, I thoroughly enjoyed reading this account of the Arnhem battle, adding if you like a trench level perspective to those other accounts written from more senior, and sometimes more detached, point of view. Compulsory reading, of course, for past, present and future members of the Parachute Regiment and thoroughly recommended for military historians of all ages.   A really good read. 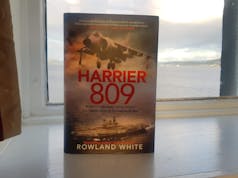 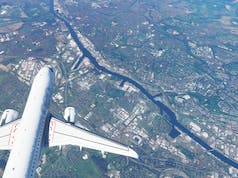 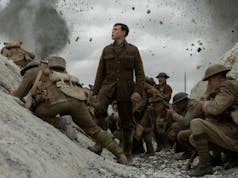 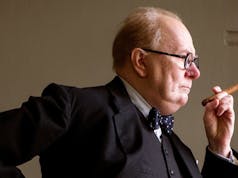 Plenty of books in this subject and most are excellent and informative reads! This is a subject close to my heart, as visit every year I am able! Used to be a bit of a pilgrimage when in the job! But it’s hard for us to realize, in this day and age, what total war was, and the risks and gambles which were deemed acceptable. Having spoke to many veterans of Market Garden in the mess, on dine outs, Regimental dinners etc, their tales are fascinating and full of self deprecating stories and anecdotes. I have to say though that… Read more »

What is amazing about this battle was that under 80 German Clerks who were derailed and haphazardly armed fought a delaying action that was decisive in allowing the SS to deploy , the Red Devils were excised by a bunch of pen pushers .

Even a “pen pusher” can fire a rifle, or use an MG 42. The para battalions pushing towards Arnhem could not deploy off the roads easily and we’re forced to winkle these people out.. All this took time, and had a cost in dead and wounded. Time and casualties were both a factor in the failure of the entire 1st Para Brigade to reach the bridge. The Germans were being reinforced all the time and simply had to wait for the British to advance along predictable approaches often with a frontage of less than 100 metres. In such circumstances the… Read more »

As with any plan, it goes to rat-shit as soon as contact is made with the enemy. What the book does highlight is how unprofessional the officer Corps was during this period. Showing a distinct lack of aggression or taking the initiative and deferring the decision further up the chain. The case about having Major Uraquat sent on leave for health reasons, because he reported that there were two battalions of recovering SS troops in the area, beggars belief. The German Army by contrast did things differently. I wont applaud the Waffen SS, but some of their command and control… Read more »

The treatment of Stanisław Sosabowski was also very unfair. He was basally made a scrape goat for Montgomery’s failure

I read general Urquhart book ,he said he would in hindsight landed in the fields near bridge and take the casualties of the so called hazardous landing conditions in that area. Landing 9 miles away from the bridge was the biggest mistake.

Certainly landing so far from the objective was a mistake, but the main objective could have been the Railway bridge and ferry crossing instead. Other mistakes were landing the paratroopers further west at the same time as the gliders, instead of further east a short time before the gliders who could then have landed on top. Also landing 75mm ammo on day one with little transport to move it instead of more troops on day one and then getting the RAF to drop the ammo once the guns were in position on the high ground west of Arnhem. Plenty of… Read more »

Cheers tim for that insightful information.

I know its hindsight, but I feel a few simple changes would have made Market Garden a victory. Firstly, they should have dropped nobody on Arnhem on day one. Instead used the transport planes to drop on the earlier bridges in more force. Also use bomber command to attack the woods where the German armour was resting.
On day two, drop on Arnhem, but take 6 pounder anti tank guns in the gliders. Also a couple of Polish radio operators, with their radios that were proven to link the Poland “Home Army” with the UK.

Interesting idea John. I have in my possession over 300 books on Arnhem / Market Garden and have read nearly all the books I don’t have, and have never seen this idea mooted. I am afraid though that had no effort been made to take Arnhem bridge on day one the whole point of Op M G would have been lost. F M Model would have packed the Betuwe between Nijmegen and Arnhem with troops and it would have been an even bloodier slogging match getting to any troops dropped at Arnhem on subsequent days. As for the 6 pounders.… Read more »