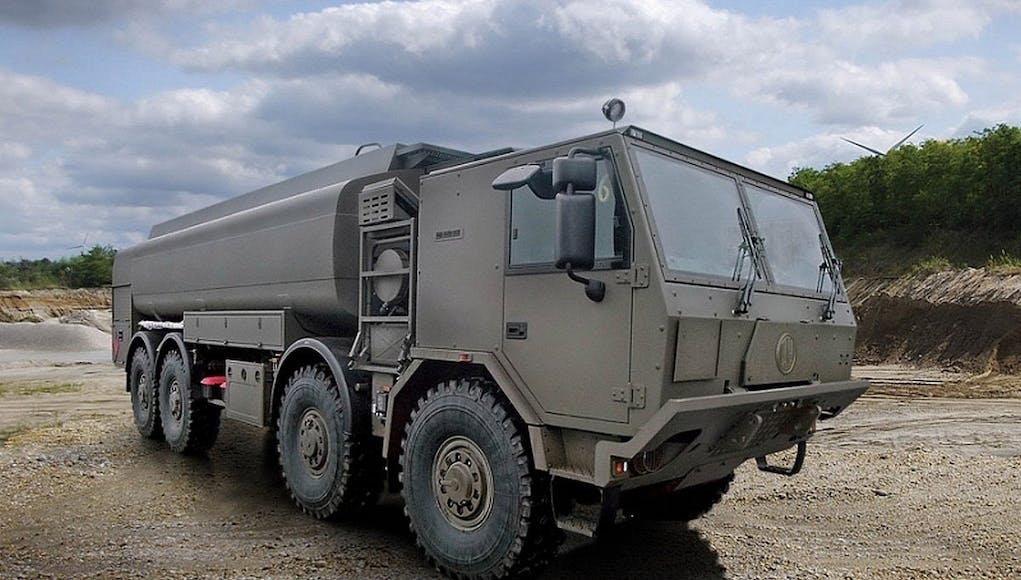 ‘Australia could barely last nineteen days in a crisis’, is the damning assessment of experts looking into the country’s current system of fuel reserves.

The debate over Australia’s strategic fuel reserves has been brought to the public forefront by retired Major-General Jim Molan. The former senior army officer, who served as a senior operations officer for coalition forces during the Iraq campaign, is soon to take up a seat in the federal parliament after being appointed to the Senate following the ongoing citizenship saga.

In a clear warning to the government and defence officials Molan advised that Australia was “almost unique throughout the world in [not having] a government-mandated strategic reserve of fuel”, emphasising that “you can have all the fantastic equipment this government is building and buying, but if you haven’t got fuel … for them, then we’ve got a discontinuity at the centre of our strategy.”

The issue of fuel reserves has been lurking in the background for the last few years in Australian politics following the decommissioning of the country’s last oil refineries which have made Australia solely reliant on imported fuel.

Writing in 2015, shortly after the last refineries were decommissioned, former RAAF Air Vice Marshal John Blackburn identified that the existing system of fuel reserves would barely last weeks before being depleted should Australia’s sea lines be blocked through terrorism, natural disaster or an outbreak of conflict in areas like the South China Sea.

This assessment has been supported by the Australian Strategic Policy Institute’s senior analyst Dr Malcolm Davis who said Molan’s warning was “absolutely true” and highlighted the risks posed when Australia does not take its energy security seriously.

Speaking to news.com.au Davis warned Australia’s fuel reserves would last “twenty days at best” if supplies were cut off, creating a “Mad Max world” where the economy and society would struggle to run as normal.

“It’s like electricity — everything depends on fuel to make an economy run. It is very serious,” Davis stated warning that Australia was now in a “perilous situation” following negligence from governments on both sides.

“Military analysts have been warning consistently for years and they just ignore it,” he concluded.

Rejecting Molan’s warning, junior industry minister Craig Laundy MP advised the press that the situation was under control and that the soon-to-be Senator would be brought up to speed on the government’s measures by the defence minister once sworn in.

The potential risks of Australia’s dependence on fuel imports, particularly with threats to shipping lanes in the South China Sea, were identified in the 2016 Defence White Paper.

Bloke down the pub
Reply to  Paul.P

The Australian power grid is notoriously unstable and at risk of outages. https://wattsupwiththat.com/2018/01/08/australian-east-coast-narrowly-avoids-a-widespread-blackout-thanks-to-coal/

Oscar Zulu
Reply to  Bloke down the pub

LOL at the (unintentional?) irony of quoting an anti-climate change website (with all the scientific credibility and IQ of Donald Trump), using selected quotes fed into it by the ‘big-coal’ public relations machine.

On the day in question Sydney was literally and officially the hottest place on the planet and the energy system was operating at extremis and beyond its design limits… caused by climate change. Irony piled on irony piled on really.

Scotland’s got anywhere from 11 billion barrels to 18 billion or more.

Is that enough I wonder?

Arckaringa Basin in South Australia has shale oil deposits estimated to be the equivalent of 103-233 billion barrels of oil (almost as large as the Saudi’s reserves). Linc Energy holds licences over 65,000 sq km within the Arckaringa Basin 850 kilometres north of Adelaide.

It could supply Australia’s oil needs for decades, but it is a remote site (even in Australian terms) and also remote from other world oil markets. The economics of current extraction costs mean it is unlikely to be developed on a large scale in the immediate future.

That is a lot of Guzzolene!

Nice to see it’s not just our countries leaders selling its future down the drain.

Yes I thought that! Refreshing!

Seems like politicians all over have the same problem

“The issue of fuel reserves has been lurking in the background for the last few years in Australian politics following the decommissioning of the country’s last oil refineries which have made Australia solely reliant on imported fuel.” This statement is simply wrong. It’s total BS. Australia currently operate 4 oil refineries: Altona (Mobil – Melbourne), Lytton (Caltex – Brisbane), Geelong (Viva Energy – Victoria), Kwinana (BP – Kwinana Westren Australia). Together they produce over 27 billion litres annual or 50% of Australia’s transport fuel needs (and approx 65% of petroleum). The Lytton one is located next to Brisbane airport and… Read more »

The debate about energy security in Australia is worth having, although I suspect retired Major General Jim Molan’s motives are more about carving out his new career as a politician and right-wing media commentator by whipping up some hysteria than informed debate. Australia already has options for liquid fuels that are not reliant on imported crude oil. Biofuels (E10 a mix of petrol and ethanol from agricultural waste by-products such as sugar cane) are widely available at local service stations for petrol powered vehicles. The Queensland Government has signed an agreement with the US Navy to develop biofuels for its… Read more »