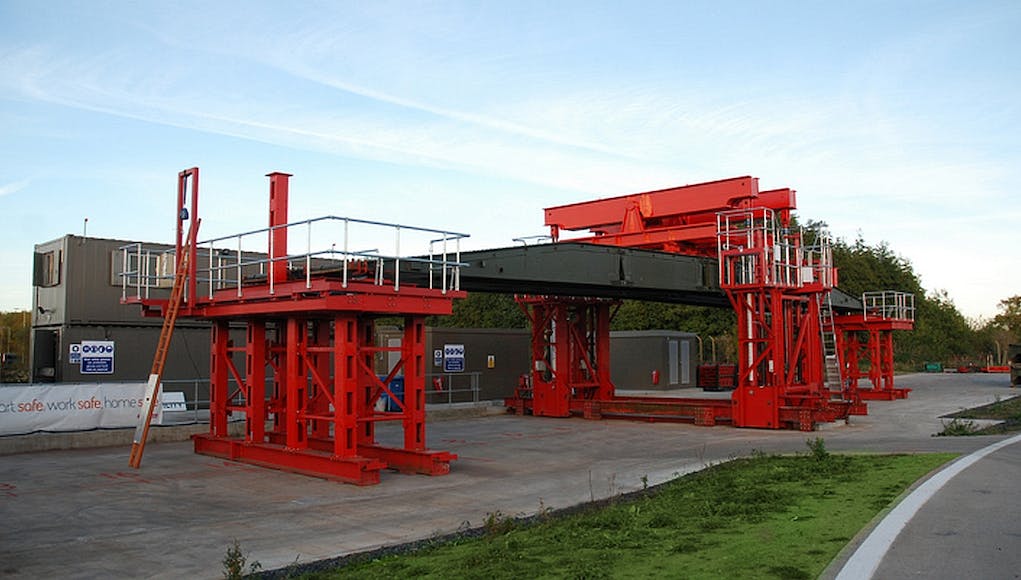 BAE say they successfully demonstrated the safety and performance of their new Modular Bridging System.

The company say they done this by simulating over 22,000 crossings of the Challenger 2 Main Battle Tank, the equivalent weight of 121,000 double decker buses.

The results support BAE Systems bid to provide a new bridge system for the British Army and other export customers. The tests were carried out using BAE Systems’ Bridge Test Facility in Telford, the most advanced facility of its kind in Europe.
The defence giant say that the Modular Bridging System is light enough to be transported by air and strong enough to withstand the weight of a Main Battle Tank. It is used by soldiers to ‘rapidly undertake assault crossings, restore vital lifelines and military routes, as well as offer rapid replacement of civilian infrastructure in combat and disaster relief.’

“Our 50-strong engineering team in Telford lives and breathes Bridging, supporting the British Army in this area for over 30 years and building a deep understanding of soldiers’ needs during this time.
This project has been as much about improving techniques in manufacturing and performance as it has about testing bridges. We’ve carried out tests across even the smallest bridge components to allow us to confidently underwrite the performance of our bridges, and offer an innovative and cost-effective system that exceeds soldiers’ needs to 2040 and beyond.”
0 0 vote
Article Rating

A little more info on the MBS:
https://www.baesystems.com/en-uk/product/modular-bridging-system