The three devices were inside A4-sized envelopes bearing Irish stamps and postmarks.

This incident is receiving heavy coverage in Ireland, where I’m currently visiting as a tourist.

The Metropolitan Police said it was treating the Tuesday morning incidents as linked.

The @metpoliceuk Counter Terrorism Command has launched an investigation after three suspicious packages were found at locations in London.

Our thanks go to police, security, transport staff and all involved for their swift actions to keep our city safe.https://t.co/Ow7xxILfRs

“The packages, all A4-sized white postal bags containing yellow Jiffy bags, have been assessed by specialist officers to be small improvised explosive devices. These devices, at this early stage of the investigation, appear capable of igniting an initially small fire when opened,” according to a spokesperson.

The Irish postal service identified the stamps as part of its “Love & Wedding” design for wedding invitations and thank-you cards. 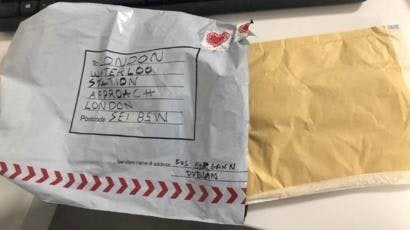 The packages, according to reports, only appear to be designed to start a small fire and be a nuisance as the one that went off just melted part of its own plastic envelope according to ok reports, and the other two were not opened.

The Garda (Ireland’s police service) confirmed it was also assisting the Metropolitan Police.

Rugby fans can get salty sometimes

Indeed Steven although I would have thought to condemn the whole nation on the basis of Irish stamps on the parcels is perhaps a little harsh..?

I am pretty sure the Irish population as a whole did not band together to send these packages.

Many of the Provo’s were in Northern Ireland already! Hard borders would not make much difference.

They had support from over the border, which despite checkpoints would be crossed on a regular basis as not all of it was secure.

It’s a conspiracy, they were done by the EU! They’re trying to make us shit our pants to stay, it’ll take a bit more than party poppers ? in a4 packets Mr EU.

I smell a rat, or amateur’s mucking around.

When I noticed the early reports it did not come across as IS or Al Qaeda’s style with no suicide bomber and mass casualties.

And the terrorists in Ireland know how to make a bomb if they feel they need to.

Awesome. Now let’s start kicking in doors, and round up all the old ira scum we know. See if they know anything about these bombs, and start treating them like the terrorist they are.

Maybe you should put your 24 box set back
in the cupboard Jack Bauer.

I’m shore your comment would be funny if i got.it.

I’m sure he didn’t mention anything about the seaside!

Let’s wait until the forensic results confirm from where and whom the packages came. Remember, anyone can post a parcel from anywhere.

Probably a warning shot over the hard border issue and don’t fuck up the peace process statement. Making a viable device that causes a small fire on opening takes knowledge, posting fron Ireland makes a statement. My bet would be a full fat set of ex terrorists just making it clear they are still about and are getting twitchy. Note how very low key the media coverage and HMG response to this has been. No ratcheting of rhetoric, using as political capital etc. All very quite really. Which suggest to me they know it’s a message, the who’s and why’s… Read more »

You may have just nailed it there. 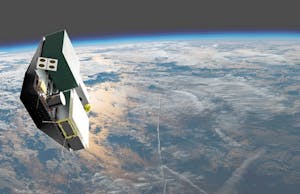 August 10, 2021
It is hoped that 'Titania' will "accelerate the development and adoption of space-based optical communications" for the British Armed Forces.