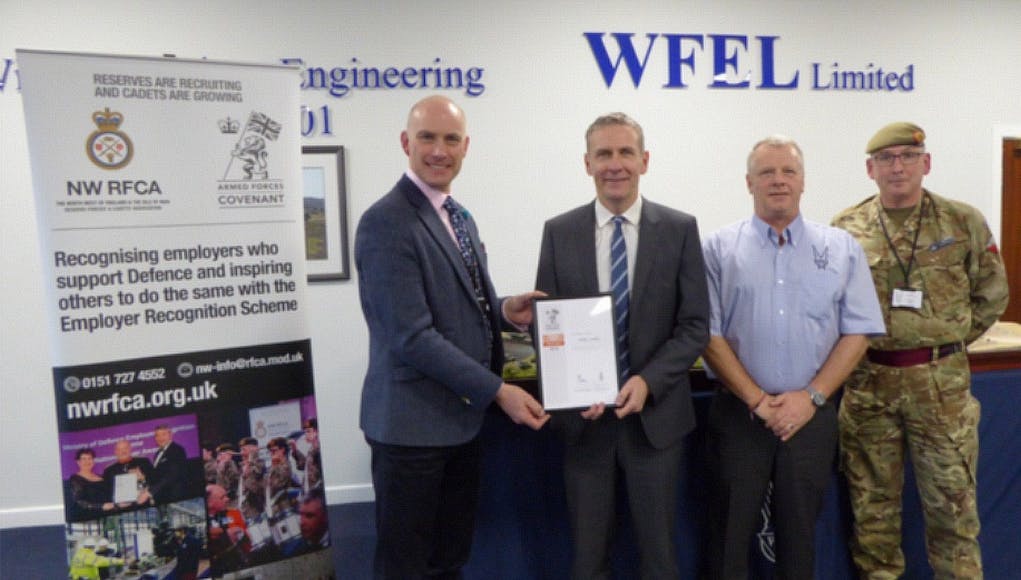 According to a statement from the firm, WFEL signed the Armed Forces Covenant affirming its pledge to uphold the Covenant in 2018.

“This is a promise by the nation, enshrined in UK law, to those who serve or who have served in the armed forces, and their families, that they are treated with fairness and respect in the communities, economy and society they serve with their lives.

WFEL demonstrates its support through a number of initiatives, such as employing former service personnel and also reservists who continue to serve their country, as well as actively supporting Armed Forces charities such as Combat Stress.”

“It is hugely beneficial to have in the WFEL team former military personnel with extensive knowledge and experience of using our rapidly deployable bridges during their military life. We are delighted that our commitment to supporting the armed forces has been recognised with this Bronze Award and we are extremely proud to uphold the Armed Forces Covenant.”

“On behalf of the Ministry of Defence we are delighted to present WFEL with an Employer Recognition Scheme Bronze Award. There is much to be gained on both sides from a partnership with Defence and the commitment from WFEL is a testament to that. We look forward to further opportunities to collaborate in the future.”

For any of you who still believe in the ‘special relationship’ I’d recommend you go to Sky News article ‘Ministers fear Irish lobby influence over UK – US post brexit trade deal.

David,
I think you may have posted against a different news item. There is nothing in this about a “special relationship” between UK and US.
It simply praises WFEL for upholding the Armed Forces Covenant. Yes WFEL do a lot of work on supporting and refurbishing the “Dry Support Bridge” for the US, but this wont be affected at all.
I have worked with WFEL, and they have a great family atmosphere about the place, and employ ex-Military who provide a wealth of “User” knowledge to allow WFEL to produce world beating bridging equipment.