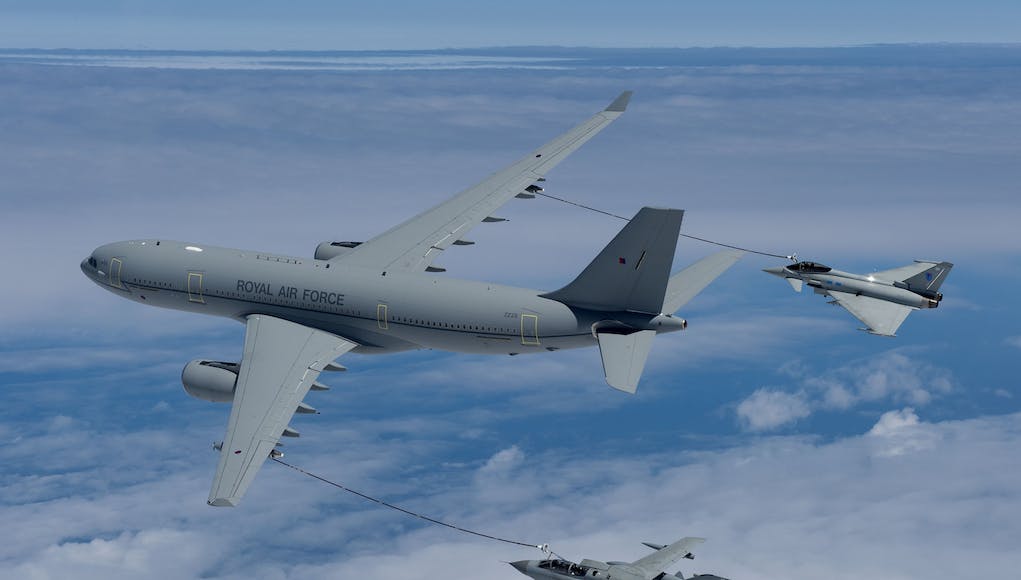 According to the Ministry of Defence, intelligence confirmed that Islamic State were using a small radio relay station east of Palmyra to spread their propaganda. A pair of Typhoons attacked the site on Thursday 25 May and successfully put it out of action with Paveway IVs.

Further north in Syria, a Reaper used a Hellfire missile to destroy an armoured personnel carrier near Tabqah, to the west of Raqqa. Two flights of Tornados patrolled over Mosul, where they conducted Paveway IV attacks on two medium machine-gun positions and three other Daesh-held buildings, whilst a mixed Tornado/Typhoon pair used a Brimstone missile to destroy an armoured truck some 30 miles north-west of Bayji.

The following day, Tornados used two Paveways to crater roads in west Mosul to hamper any attempt by Islamic State to move truck-bombs against the latest Iraqi advance.