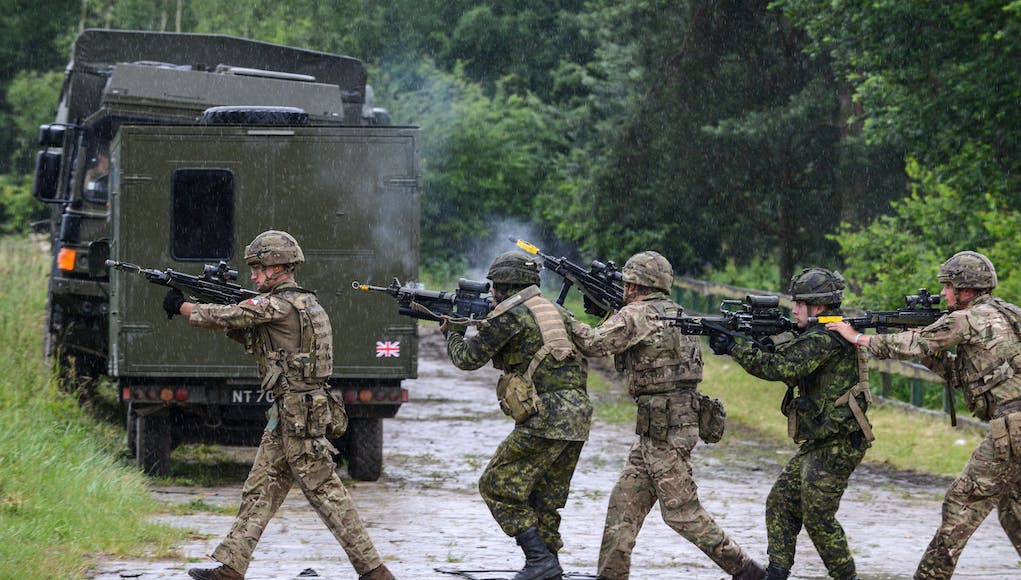 British and Canadian troops have been working together in order to gain from each others experience in their largest joint exercise in years.

The 2nd Battalion The Mercian Regiment, based at The Dale Barracks in Chester and 26 Field Squadron 32 Engineer Regiment based in Catterick worked along side sappers from the Royal 22nd Regiment Canadian Army.

Both Regiments are training as part of a multinational force, including Polish, American, Canadian and Turkish troops.

Exercise ANAKONDA is being used to train multiple nations together to ensure they are able to travel anywhere in the world and work with each other to fulfil common security interests.

This exercise is another step to demonstrate the UK’s commitment to the Wales NATO summit and in time for the Warsaw summit in July 16.

The UK has committed to contribute a Battlegroup to the current Spanish and Polish led rotations of the Very High Readiness Joint Task Force (VJTF), and is due to take the lead in 2017, where it will contribute 3000 personnel.

Train them? Show them how it’s done ?