750 British troops teamed up with 150 Danish troops to prepare for deployment to Poland and Kosovo later this year.

“Around 750 personnel, using approximately 300 vehicles, made their way from Catterick Garrison to the Galloway Forest Park, the largest of its kind in the UK. The aim of the exercise was to develop integration between British forces and NATO partners, as well as prepare soldiers for Operations Cabrit (Poland) and Elgin (Kosovo) later this year.”

Lieutenant Colonel Richmond, Commanding Officer of the Royal Lancers, was quoted as saying:

“This is about working with our allies and increasing our ability to fight together. It is an excellent alliance and it works really well. It is a big exercise. We are bringing together the UK, Denmark, Canada, and the US. It really is a Battlegroup, where we have got all arms represented so we can fight effectively in every way. It’s genuinely brilliant having the Danes here, our cultures are similar. We’ve been working together for decades.”

“Working with British forces, it’s nothing new. We’ve been doing it for 20 years, going back to Kosovo and Iraq. This is a continuation of a long-standing collaboration between our two armies, a valuable one from our point of view.”

You can read more on this directly from the Army here. 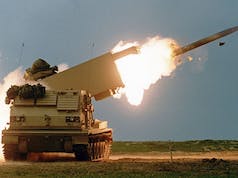 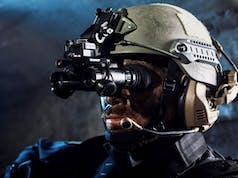 Still no comments, so I will.

That lads beaming smile on top of the LR with teeth so white they give away his position in the darkness deserves one! 😁

Haha. Having the time of his life up there. Kosovo could be a lively one to go on. Hopefully not.
Speaking of land rovers I had thought we would see more of them going to Ukraine. Not sure the heater would be good enough for the winter. Someone once described it like a hamster blowing through a straw.

I hate to be pedantic, but just for what it’s worth, the vehicle is a Mercedes GD. We haven’t used Land Rovers for quite some time. I didn’t think the GD was used in front line duty in the Danish Army due to lack of protection, but apparently it is used in the scout role.

Ah it’s a danish vehicle and solider, well spotted. At a glance I assumed it was a British soldier and a Land Rover. Anyway he’s very happy up there

We did use Land Rovers in the anti-tank role back then, equipped with TOW. I think life expectancy for these units could be measured in minutes, had it come to a showdown with the Warsaw Pact… 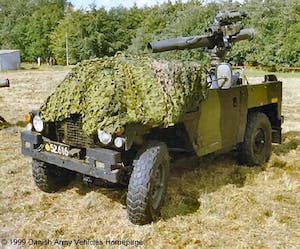 Edit: ah upon scrolling I see others have already said the same XD

Yes, I’d never have known in a million years, my B vehicle ID skills need work!

Pretty sure I saw this exact vehicle up close and personal on Salisbury plain the other week, so an easy ID XD

The Danish soldiers are excellent. We served alongside in UNFICYP and Afghanistan.

They certainly are Graham, absolutely top notch and always up for the fight…

A REME friend of mine deployed with them on one of their Afghan rotations, he enjoyed the entire secondment, very professional troops.

August 9, 2022
The Ministry of Defence wants to "accelerate the development of autonomous Heavy Lift drones for use predominantly, but not exclusively, in the maritime domain".