“The production of the first F-35 B-model, the most technically complex variant, here at the Italian FACO is a testament to the outstanding capability and quality of the Italian aerospace industry,” Wilhelm said. “The Cameri FACO continues to prove itself as a European F-35 centre of excellence.”

To date, nine F-35As and one F-35B have been delivered from the Cameri FACO, which is the only F-35B production facility outside the United States. Four of those jets are now based at Luke Air Force Base, Arizona, for international pilot training and five are at Amendola Air Base, Italy.

The Cameri FACO is also programmed to produce 29 F-35As for the Royal Netherlands Air Force and retains the capacity to deliver to other European partners in the future. 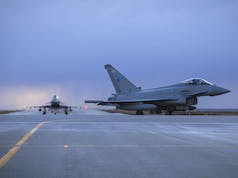 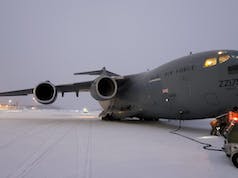 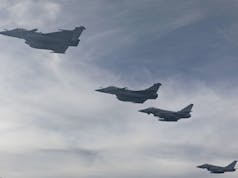 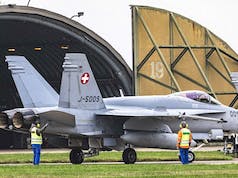 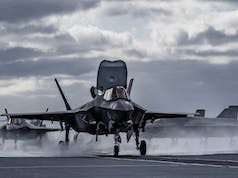 I still think that WE should be building the European F35s rather than the Italians. Who took their eye off the ball ? SMH.

ask the italians if they’ll build some for us.

the u.k industry should have been tasked with the design to modern requirements of own successor to the harrier.

as the only level1 partner in the whole project, the u.k order should given priority status if the americans were made aware that the u.k was thinking of pulling the plug on the f 35 the projected loss in revenue to the yanks would soon see us getting our aircraft sooner

Steven do yourself a favour and look I into how the UK is benefiting from the entire F35 project. Our workshare is far more substantial than Italy.
Get yourself informed Steven, no one “took their eye off the ball”.

Jack, why so sensitive love ? I am well aware of the UK’s contribution to every F35 but thanks for your concern.

Love ? Run along Steven, mummy is calling you.

Assembly lines are so overrated amongst the general populace.

I agree who’s to say every country does not end up doing some form of final assembly when they purchase the F35.

It is harder to argue for additional work share once it has already been split out without compromising price quality and economies of scale. It will be interesting to see what happens when the typhoon assembly line shits down. Will Germany order more or will production be switched to Tyranis

Italian isn’t building all the part of F35, they are only the 2nd Assembly lines, the Parts are building Around Countries Who are buying the Aircraft and those Parts are sent to Italy and USA to be assemble together, but steven as got a point As level 1 Partner I think we should be 2nd Assembly line and not italy.

Does anyone know what percentage of the F35B is attributable to the Rolls-Royce lift-fan? It doesn’t seem to be clear if the oft mentioned 15% refers just to the F35A or A & B combined.

The 30% figure is for development work alongside US companies and not the build/making etc of the F-35 which is 15%.

Every country will be assembling its own F-35 because they’re all shipped as flat pack. I’m sure that’s what I read in an article by the Daily Mail defence correspondent so it must be true.

An assembly line s a double edged sword. The future of Warton is questionable without a major long term test and build program, as Hawk and Typhoon work is definitely spooling down. It remains to be seen if dribs and drabs Typhoon and Hawk orders and the underway Anglo French UCAV demonstrator program can keep Warton going through the 2020’s… I guess it depends if this leads to a production air system?? Big open question really, ones things for sure, BAE Systems will pull the rug on Warton in a heartbeat to save money… It would be a major national… Read more »

I really do think the UK should go it alone on Taranis/Magma with a view to it being a fully integrated UCAV with the F35.

If we can get an F35 managing 2 of these to strike then that is a force multiplier and perhaps we then get a niche like the Norwegians have with their missiles.

Even if we don’t – surely the UK would benefit from an order of 100 of these to bulk up our forces at a reasonable cost.

spitfires, hurricanes and lancasters were “assembled” all over the world – we designed and made the bits

why do you think they are still producing the Austin ambassador in India – because we designed it and for what they want it for right now, there is nothing locally designed that is cheaper and easier to assemble – engineer vs spanner monkey (sorry)

In an ideal world where money grew on trees, I would love to see a UK only UCAV Pacman. I believe the Anglo French project will be a torturous enterprise, fatally compromised by French intransigence. The rather stupid choice of the bulky M88 engine on French insistence, instead of the compact EJ200 is just the start guys… I say a joint project with the US (plus Japan and other’s) will be needed to field a first class (and crucially) affordable system, in the numbers that generate true critical mass. This will require joint funding, shared technology and expertise, plus the… Read more » 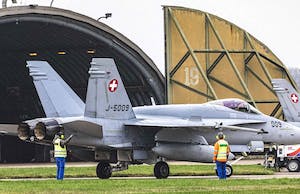