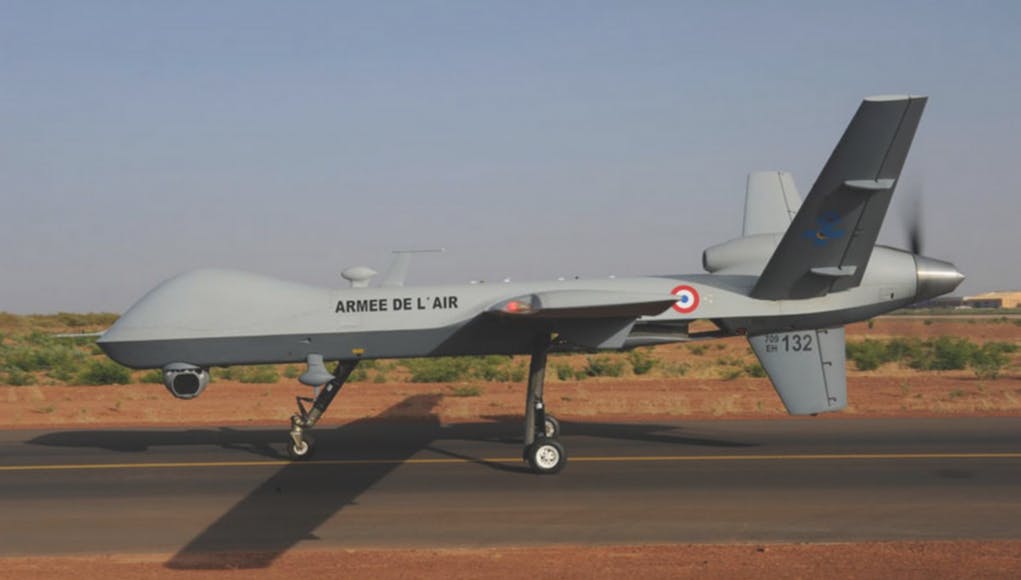 Work will be performed in Poway, California, and is expected to be complete by Nov. 30, 2021.

In 2014, France’s first MQ-9 flight took off from Niger. The first two Reapers to enter French service are designated Block 1 and use U.S. equipment; further orders are to be modified with European payloads such as sensors and datalinks.

It’s a dam Shame the UK and France haven’t made an operational weaponised drone by now! We both need them so we should build them ourselves.

We tried, the French backed out

I think our next foray into that will be LANCA, which I’m assuming could be used in the same way as Reaper as well as a loyal wingman role.

I’m torn re: Taranis on whether we should go ahead with a production model to partially replace the Tornado in the deep strike role. They’d be effective but chance are we would build only 20-30 so the cost of them would probably be not much less than an F35.

About damn time the US OK’d the arming of French Reapers!

The French could have requested an FMS sale to arm their Reapers anytime in the past five years and it would have been approved.

Taranis, the u.k drone should also be weaponized and able to operate from the u.k carriers

taranis should be weaponized an d be able to operate from the u.k carriers