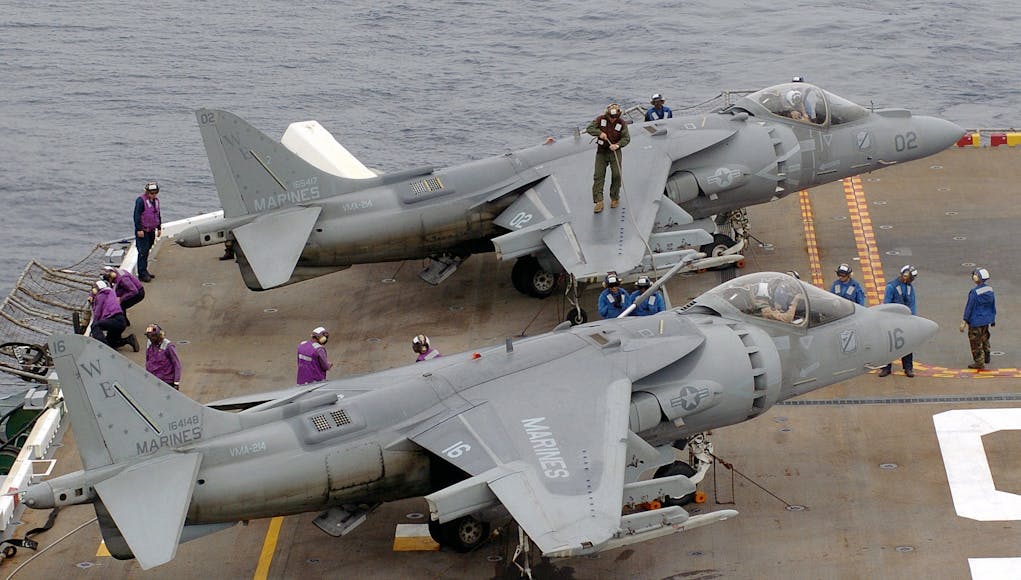 A US Marine Corps Harrier has crashed into the ocean off the coast of the Japanese island of Okinawa.

A Japanese coastguard official stated that the jet departed the Kadena US airbase and crashed off the east coast of Okinawa. It is understood that the pilot ejected safely from the aircraft and was rescued.

Okinawa is home to a large US military presence. The base, which covers a fifth of the island, hosts 30,000 military personnel.

According to CNN, the Marine Corps AV-8B Harrier Jump Jet left the Kadena US Air Base before it crashed 95 miles off the Hedo Cape.

A pilot ejected safely from a Harrier off the coast of Okinawa, today. The pilot was rescued by @usairforce. Follow @IIIMEF for updates. pic.twitter.com/YjSSiiyYwI

Marine attack squadrons fly the AV-8B Harrier II; while the fighter/attack mission is handled by the single-seat and dual-seat versions of the F/A-18 Hornet strike-fighter aircraft.

The AV-8B is a V/STOL aircraft that can operate from amphibious assault ships, land air bases and short, expeditionary airfields, while the F/A-18 can only be flown from land or aircraft carriers.

Both are slated to be replaced by 340 of the B version of the F-35 and 80 of the C version for deployment with Navy carrier air wings.