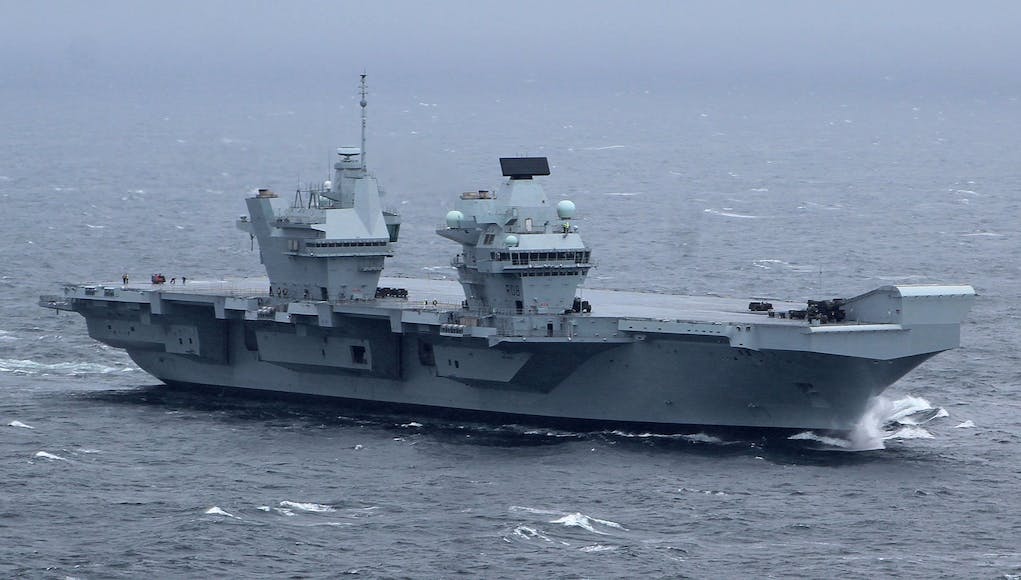 When contacted, the Royal Navy said in a statement:

“As part of HMS Queen Elizabeth’s next phase of sea trials, there is an option for the ship to visit Gibraltar.”

We understand that this will be a routine logistical stop. The visit remained an “option” because of the rapidly changing nature of sea trials.

Recently, the 70,600 tonne vessel began the initial stages of her rotary wing trials. 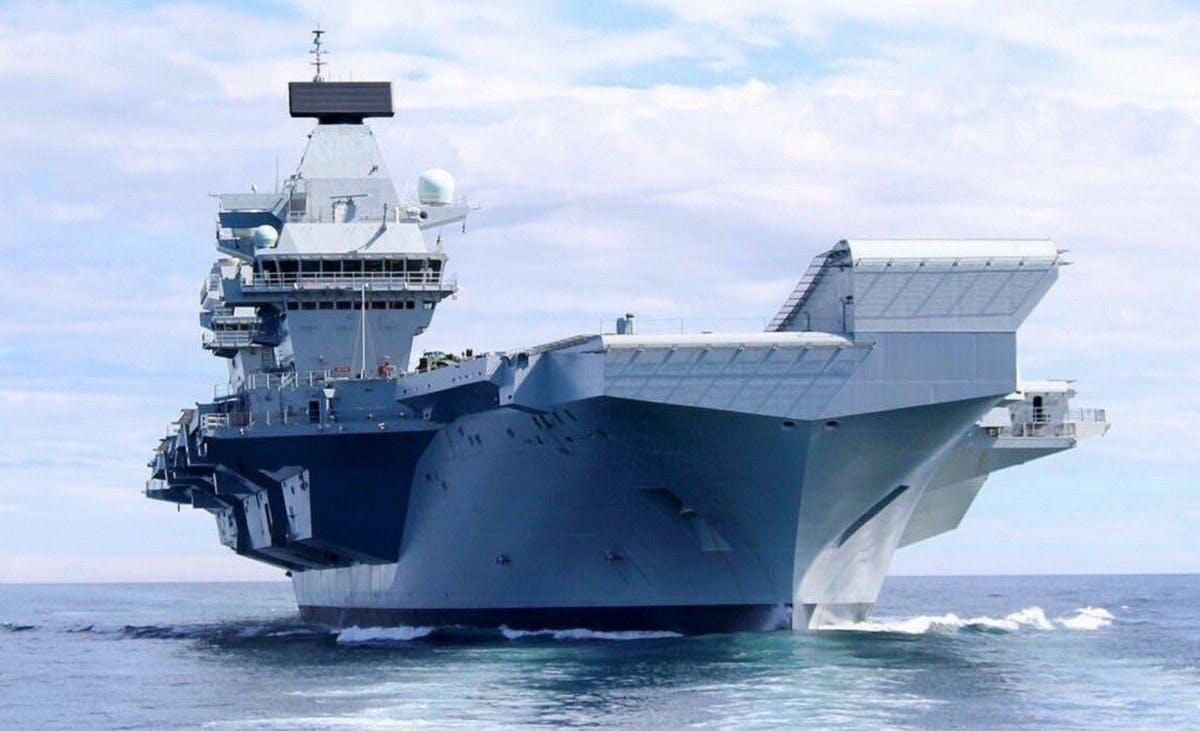 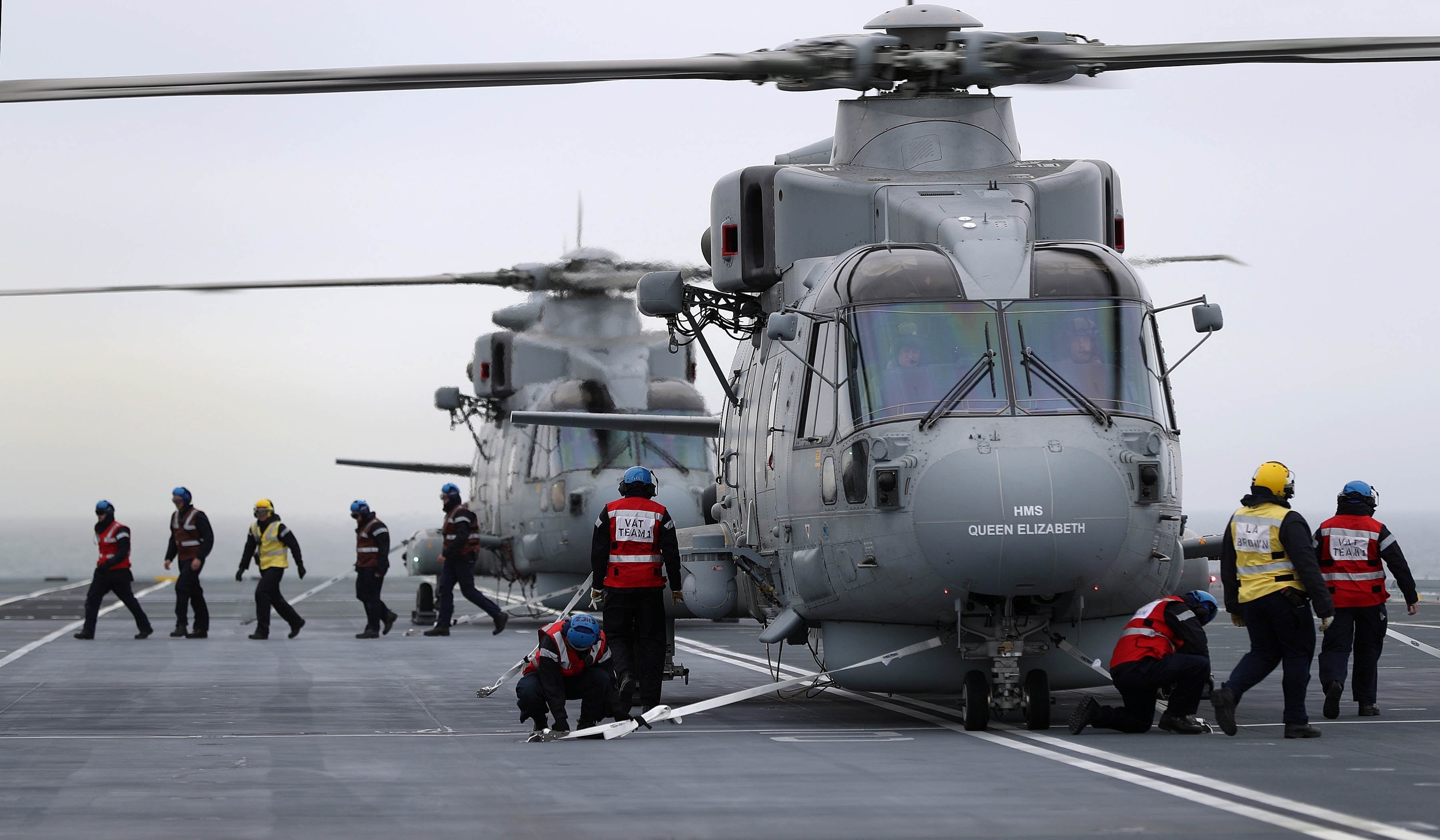 A couple of interesting photos of a Chinook Mk5 on Lizzie undergoing trials.

Great photos. Accommodating a Chinook with blades unfolded was one of the design requirements for the QEC lifts wasn’t it? Big lifts!

I think you are spot on about it being a design requirement and an eminantly sensible thing to specify.

I’ve found another interesting photo. The link below is from a few years ago but was part of a USMC trial of a V22 Osprey carrying out air to air refuelling on a number of aircraft such as F18s and F35s. https://gizmodo.com/bells-newest-tiltrotor-could-finally-fix-the-ospreys-fe-1646800976/1676120011 The V22 would be the only feasible option for our F35Bs. It would be a complete waste of an asset to use another F35B a buddy to buddy refueller. The Merlin or Chinook although having the capacity to carry out this function would be too slow for the F35B, especially as the F35B would be burning up more… Read more »

I suspect we will see V-22 AAR of QEC F-35B in action at some point though, courtesy of the USMC. In my opinion that would be no bad thing for the U.K. to see the capabilities demonstrated so close to home. If there’s no money anyway then it won’t make any difference but it also wouldn’t hurt in terms of the prospects of the U.K. ever procuring the capability natively.

Dave – I think you missed the real answer and that is the Bell V-280 described at the end of the article. It is smaller but far more advanced and the V-22 which suffers from being the first of a kind. It is also worth noting that the F-35 being refuelled was a ‘B’ and had partial engine lift in operation to avoid stall speed. Now given the UK is some way off buying a V-280 (I hope we never see V-22s) we do have another option for Buddy refuelling. And the answer is in the first (I believe) 5… Read more »

The Osprey would certainly make a nice addition to AEW above everything else. But you could say the same about plenty of kit we could use. For me the first and last priority for now should be to get as many F35’s as poss into service as quickly as poss. She’s an aircraft carrier her aircraft are her main armament the rest are icing on the cake.