An Israeli based company has recently signed an agreement to partner up with Boeing.

The Israeli company, Tactical Robotics, has signed a partnership agreement with Boeing to study the development of ducted fan propulsion technology to be implemented in piloted and autonomous Vertical Takeoff and Landing (VTOL) aircraft.

“The relationship between Boeing and Israel goes back about 70 years, and during that period Boeing has a long history of working in partnership with Israel’s technical and industrial sectors,” said Dennis D. Swanson, the VP of Boeing’s international sales.

“This MOU with Tactical Robotics builds on Boeing’s commitment to developing and investing in innovative technologies that lead to safe, reliable aircraft around the world.”

As part of the partnership, the two companies will explore and determine what are the opportunities that may come with developing, producing, and marketing VTOL “flying cars”, including the Israeli company’s Cormorant autonomous vehicle.

The Cormorant is an unmanned, single engine, VTOL aircraft that resembles a flying car in a way. 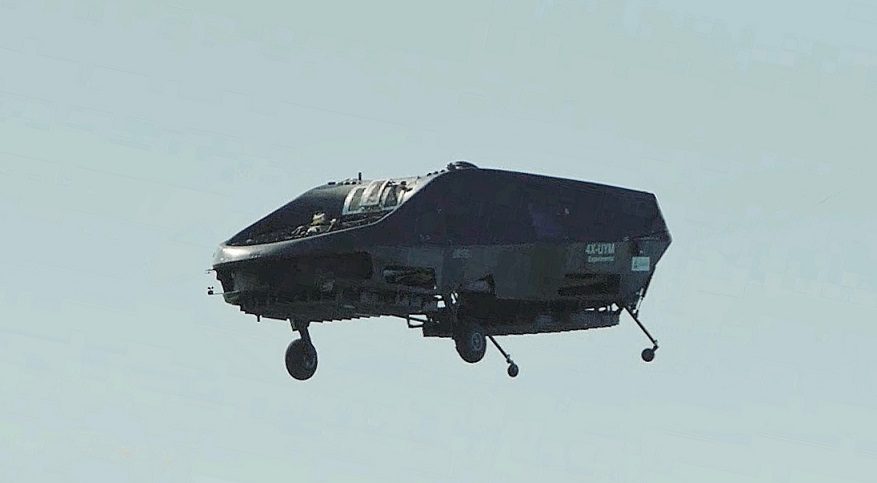 It is powered by internal lift rotors which allow the aircraft to fly, takeoff, and land in areas that other helicopters, tilt-rotors, and fixed wing aircraft cannot. Due to its relatively small size and ability to fly in mountainous, urban, and forested areas, the Cormorant may possibly revolutionize the way militaries deploy and rescue their troops.

The flying car has a high payload capacity and enough room on it to air lift up to two injured people. It can fly in most weather conditions and can have an optional rocket powered parachute system installed just in case an unlikely malfunction were to occur.

“Cormorant represents the first in a family of vertical takeoff and landing aircraft that can fly and land where no other aircraft can,” said the CEO of Tactical Robotic’ parent company, Urban Aeronautics.

“We can think of no better partner than Boeing to help us develop this product and utilize the Fancraft technology to its full potential.”

An interesting design takes the next step over your toy drones. The concept was tried by the Americans back in the late 50’s. With todays modern digital flight control computers and, laser based INS and GPS. It will generate a very stable for a concept that is hovering on two jets of downwards propelled air. With the capability to do 150mph whilst carrying a 500kg load. Here’s a link to video showing it in flight: https://www.youtube.com/watch?v=aU3BvEg0gNc The flight controls are quite simple as it uses a staggered lift fan arrangement to give it a nominal forward thrust vector. Whilst using… Read more »

Mark B
Reply to  DaveyB

DaveyB – agreed the toy drones were simply a proof of concept. You need at least 500kg if not a thousand to start doing something useful. Do you know how stable these things are – for instance could weapons be launched from it do you think?

DaveyB
Reply to  Mark B

They talk about a number of mission scenarios on their website. One of which is Explosive Ordnance Disposal (EOD), using an underslung robotic arm. From the video the aircraft doesn’t look extremely stable, but they are confident it can be improved and with a gyro stabilised manipulator arm it could be doable. They have managed to improve the lift capability by changing the lift fans from four bladed to six and using an uprated engine. In its current configuration it can lift a 500kg payload. With further improvements to the lift fans and a better engine it could be improved… Read more »