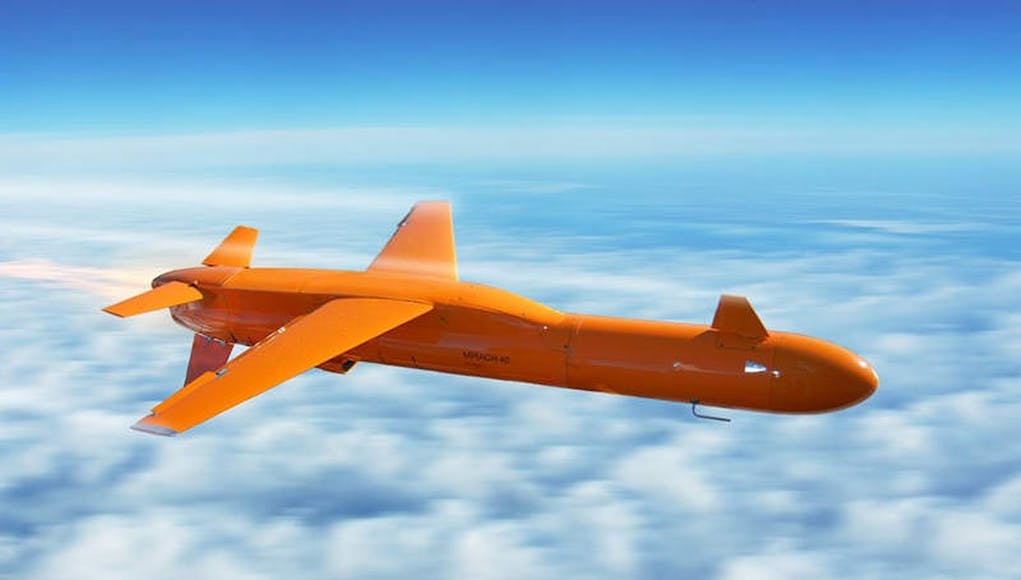 A number of M-40 drones simulating enemy aircraft were flown by Leonardo, enabling the demonstration of MBDA’s latest Mistral missile.

Leonardo say that the M-40 can mimic a variety of threats ranging from missiles to aircraft, allowing manufacturers and operators to test and train in operationally-accurate conditions.

The M-40 is Leonardo’s latest entry in its Mirach target drone family and is able to mimic a variety of aircraft and missiles, including radar, infrared (IR) and visual threats. During the Mistral demonstration, the M-40 simulated enemy airborne platforms for the missile to target.

Leonardo say it offers the M-40 alongside its Mirach 100/5 target drone, which has been used for over 20 years by a range of Armed Forces: Belgium, Denmark, France, Germany, Greece, Italy, Spain, UK, Algeria, Argentina and Israel have all used Mirach family drones to train.

“Today, that experience, coupled with modern technology, has allowed Leonardo to develop the M-40, which delivers medium-to-high performance at a price comparable with competitors’ entry-level drones. It is inexpensive to fly and offers 60 minutes of endurance, making it a cost-effective option for a wide range of training and proving requirements. Meanwhile, the Company continues to offer the twin-engine Mirach 100/5 for occasions when customers need to simulate the highest-performance threat systems.”

15 international delegations witnessed the trials, the centerpiece of which was the live firing of a Mistral missile at an M-40 drone. The missile intercepted the target, proving its capabilities and allowing MBDA to collect valuable data on the missile’s performance. In total, the M-40 drones carried out 6 flights between October the 28th and November the 6th.

I wonder how much of the new Mistral missile shares with the likes of ASRAAM and CAAM. Seems like so much duplication for MBDA.

Mistral is a MANPADS like Starstreak, and the only weapon in that class produced by MBDA. Its alos been incredibly successful, sold to 33 nations! There are helicopter, naval CIWS and even submarine launched versions. Its makes sense to keep developing it.

Strikes continue against Islamic State in Iraq and Syria