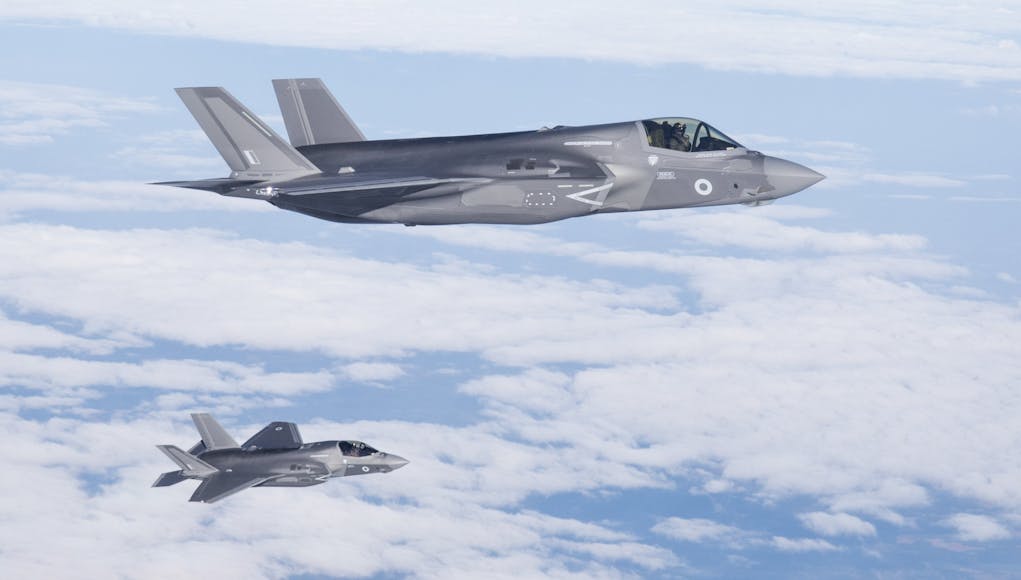 The 500th production aircraft is a U.S. Air Force F-35A, to be delivered to the Burlington Air National Guard Base in Vermont.

The 250,000 flight hours include all F-35s in the fleet comprised of developmental test jets, training, operational, U.S. and international aircraft.

“These milestones are a testament to the talent and dedication of the joint government, military and industry teams,” said Greg Ulmer, Lockheed Martin, Vice President and General Manager of the F-35 program.

Lockheed say that the F-35 operates from 23 bases worldwide. More than 985 pilots and over 8,890 maintainers are trained. Nine nations use the F-35 from their home soil, eight services have declared Initial Operating Capability and four services have employed F-35s in combat operations.

That’s an impressive set of stats given the aircraft is still being developed. I know the aircraft and programme are expensive but it does appear to be getting a grip of the complexities and build costs are coming down.

Just hope the UK manages to stand up a meaningful force in the end. Putting the past political decisions to one side for the moment, recent progress with the QEC / F-35 combination has also been impressive with lots of people working hard to make it happen.

500 hours average per aircraft… Or half the fleet averaging 750 and half (newer) averaging 250 hours… Seems high?… Or does that just reflect how slow its taken to get to this volume

The USMC declared IOC in 2015 on the F-35b and the first flight was of a F-35a in 2006. So they’ve been flying for quite a few years with the fleet building up gradually since 2006. Design service life is 8,000 hours for all variants, but there are reported issues with early models of the F-35b. Dynamic testing of a complete airframe suggests that these versions are only good to 2,100 – allegedly. There is a good article here on the War Zone, but do read to the end as there is a Feb ’19 update that is a bit… Read more »

F35 the joke that keeps on giving
Interesting to see what is going on in Finland HX Challenge to replace its aging F18 fleet
4 F35 were supposed to be sent (when competition only sends 2), but only 2 F35 made it across the Atlantic. Then to top it off, only 1 of the 2 F35 in Finland was able to fly as the other one required maintenance!
This program is even worse than LM’s F104 Starfighter aka Widowmaker!