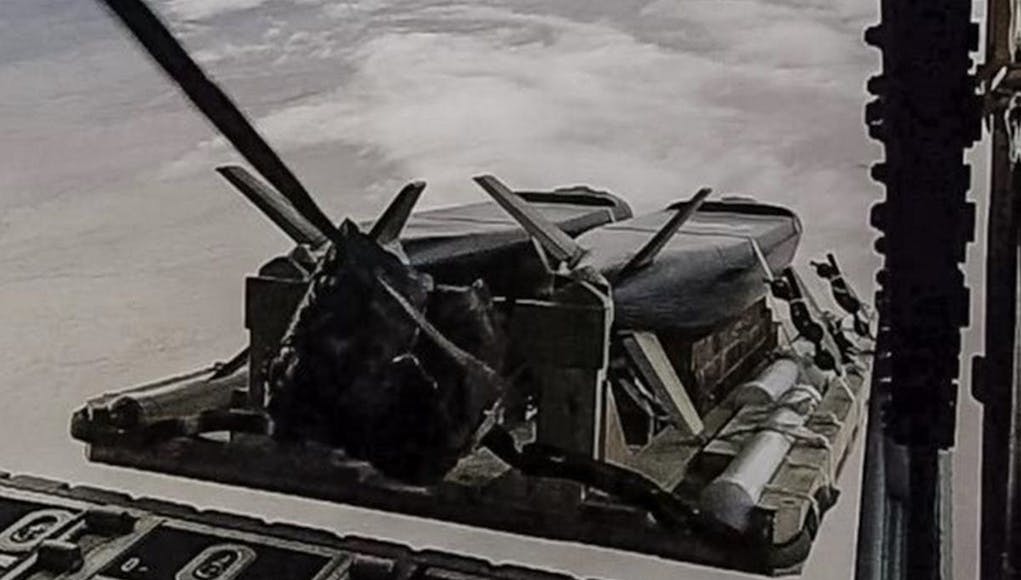 This successful Phase I operational demonstration represents a milestone in executing a palletised munitions airdrop, which refers to the delivery of a large volume of air-launched weapons at any given time.

“In the end, the demonstration accomplished all objectives,” said Jerry Provenza, AFRL CLEAVER program manager. In the three airdrops, all five CEPs separated cleanly from the aircraft, and the munitions separated from the CEPs.

“This successful (demo) is evidence of our commitment to evolve innovative weapons concepts and enhance our partnership with AFSOC to meet the needs of the National Defense Strategy,” said Col. Garry Haase, director of AFRL’s Munitions Directorate.

“CLEAVER represents a different approach to launching large numbers of long-range weapons, which will bring a new dynamic to the high-end fight.”

Anywho, I wonder what protective equipment they have on those airframes for the craft and crew?
Sharky Ward took 5 to 10 seconds to finish and Argentine Herc in 82!

Its the “combat expendable platforms” that tickle me, I think we’ve got some dumped on waste ground near us, might be worth a few quid.

I’ve got a great photo of his Pucara, taken from directly above when I was on my second tour down there…
I will try and upload it… amazing state of preservation considering it is sat in the open.

Is this good news for the UK. Being able to use transports instead of fast jets in low threat environments opens up more options and assuming that in some case a single transport could replace several fast jets on some operation then cost could come down.

They have used the Herc, to launch the “Mother Of All Bombs”, which just gets rolled out of the back. So am I surprised they haven’t used it for anything else.

Rice sacks are pretty deadly, especially if left and reheated…bit of a 3rd world weapon though.

Probably an urban myth but wasn’t there supposed to be a house that got demolished by a pallet-load of Meals Ready-To-Eat after someone forgot to cut the restraints? 3 tons of pizza just as deadly a 3 tons of TNT.