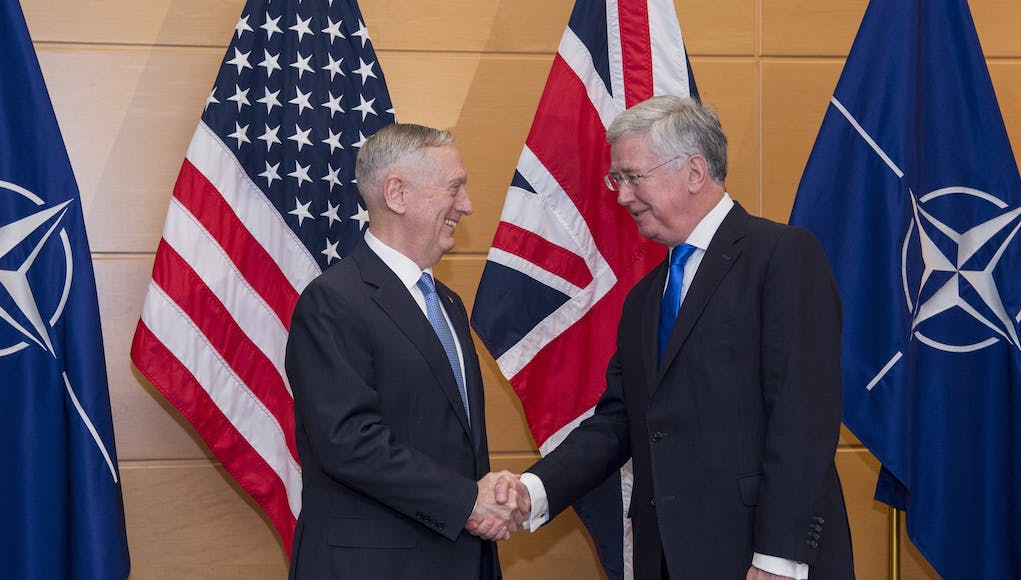 Defence Secretary Michael Fallon has downplayed the role played by the EU in British defence ahead of a meeting with his US counterpart James Mattis.

In a press release ahead of a meeting with his US counterpart, he said:

“Our defence relationship with the US is unprecedented in its depth and scope.

As we leave the EU, our bilateral relationships matter more than ever, so we’ll be enhancing our cooperation and investing more in our joint F-35 fast jet programme.

When Britain leaves the EU, around 80% of NATO defence spending will be non-EU, and three out of the four countries leading NATO’s enhanced forward presence in eastern Europe will be non-EU members.”

It is understood that the pair will discuss ways to encourage other alliance members to spend more on defence.

Well, considering the interest for instance in the T26 has come from outside the EU not inside, you can’t blame him I guess.

Of all the industries in the UK, defence is one that could benefit from Brexit.

I remember Geoff Hoon saying something similar and look at the mess that followed. Say what you like about Brexit and the Type 26, despite all its rhetoric this government wants defence on the cheap. It doesn’t work.

Agree if we want to be strong on defence the MOD needs to get its act together and deliver defence procurement on time, on budget and in adequate numbers. no more squandering billions. we need to start purchasing defence equipment off the shelf more readily and only concentrate on weapons developmental costs when we can clearly deliver a qualitative advantage. EU is a mess, the whole house of cards could collapse. The UK however is not in a good place. We need new antiship missiles now to replace Harpoon, more than 8x type 26 frigates, a couple more astute class… Read more »

I wish we had just done a batch 2 T45 using the same hull and internal layouts and so on. Obviously including the additional generator of course, but also with ASW quiet fittings plus a double stern ramp and mission bay instead of side hoisted RHIBs. Taking an existing design and improving it would have been far cheaper than designing the wheel from scratch all over again. If we got 12 of these tier 1 GP/ASW ships plus 6 support ships also using this hull but with no weapons like the Echo ships and Diligence, it would total 24 ships… Read more »

Anyone worried if the Germans actually spent 2% of their gdp on defence?
they would have 3rd largest defence budget in the world at 70 billion euros a year!

Not particularly worried but I proffer this left field solution; Germany pays to have UK / US military presence on their soil. That money invested in enhanced U.K. / US capability and depth.

Ian, that would be good! Can we back date it to 1950s/1960s? which if adjusted for exchange rates and currency fluctuations and more crucially time would yield probably about £300 billion to uk defence budget. That is the gigantic sum of money we have spent. Obviously back of a fag packet estimate of how much money the British Armed forces have spent guarding Germany and Europe since say 1955. The EU seems to conveniently forget that now BREXIT is coming along and want us to pay £60 billion as a divorce bill. UK reply should be sure you can have… Read more »

Mr Bell – I did a calculation on what it cost the UK in WWII to stay free and then liberate Europe. Just our costs. It was £120 Bn in 1940 money. Or £6 Trn now. Now as Basil Faulty said “Don’t mention the war” but Security is now not just the Elephant in the room. TM has laid it right on the table and the EU are already trying to belittle what we have done (Its less than 3% they say. Of what we don’t know!). And then they say we are trying to blackmail them while a £50… Read more »

If you look then at the sums the USA could claim from our “allies and friends” in the EU it would be £760-800 billion. Wow that is a lot!

U.K. defence is plagued by a government that confuses defence spending with defence capability. The U.K. spends enough but, too often, it spends to maximimize votes rather than capabilities. Both major political parties are guilty of the same shenanigans.

We have an anaemic military because our government knows that if we encounter a serious issue, the US will bail us out. This inabiliy to act independently makes us beholden to our American cousins, many US politicians and military figures want an independent UK military because they are fed up with plugging our gaps. 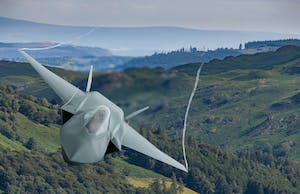