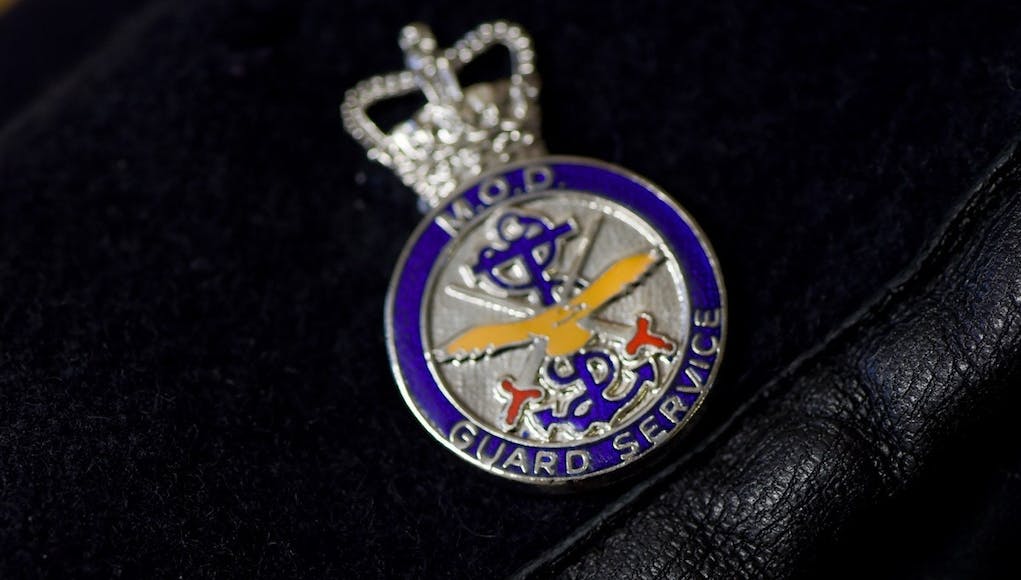 Plans to privatise the MGS have been met with resistance from the Public and Commercial Services and have raised concerns with the public.

In recent years the MoD has placed great efforts into exploring and testing processes by which defence outsourcing may relieve budget constraints and close gaps on deficiencies whilst maintaining defence capabilities.

The move could be seen as a positive for the UK Security Industry, if the move were to be implemented and maintained without fault it could change the perceptions of both the public and policy makers as to the viability and suitability of defence security outsourcing within the UK.

In a statement made by the PCS on 03rd March their representative said:

“The MoD has its own in-house bid team which will compete against the private firms seeking to run the service and which is backed by the MoD trade unions. We remain sceptical, however, at the resources that will be allocated to this team and just how serious an effort the MoD will make to retain control of the service.”

The proposed system could affect the jobs of up to 400 staff at Faslane and Coulport and many speculate that the move could cause security deficiencies at the nuclear sites.

When will these muppets learn that some things should not be outsourced. Have they not learned from the Olympics G$S debacle, that required the military to intervene.

I really do despair at the lack of intelligence being demonstrated by all parties involved in many Govt services, not just military.

As long as there are armed service personnel behind every private contractor employee??

On some sites that would mean over 100 armed police then ? That would cost even more. the MGS are trained to the highest standard of unarmed guarding it makes no sense to put a private company in there where corners will be cut we cant afford to cut corners at this current time.

Remember you have the MPGS that can do the jobs
Of the MGS and MDP and cost less. No putting in
For allowances every week

We have all seen what the MPGS are capable of thanks, and how they cost more because of Service Family Accomodation, Medical Care for them and their dependants, fuel and travelling etc. Also the very poor quality recruitment, discipline issues and even worse retention rates. Visit any of the L1 or L2 sites that replaced MDP/MGS with MPGS and see how poor the service provided is in comparison to how it was, and the dissatisfaction the site commanders feel.

I’d like to know what you mean by that? In my experience (10 years MPGS) the service we’ve provided has been by a long way much better than the MGS. We are the preferred provider of security. In my opinion the MGS have been incredibly bad at what they do. Not to say all of them are bad but the standard of security at a lot of the units they are at that I’ve visited has been very poor.

Have to agree with Gatekeeper. Been times I have seen before MGS going on Strike action, and who covers them…..MPGS

Both sides have bad apples, but when you have MPGS capable of not only doing what MGS do, but also being armed, it makes sense for military sites to have MPGS

Private security will not have the legal right to use lethal force to defend an MOD site or its personnel. For this reason alone using private security firms is a none starter. What is next privatise the nuclear deterrent? Some things we cannot privatise and have to keep in public control. Sorry Torries the whole country is not up for sale to your chums from Eton.

We need to keep the MGS they are trained alot better than private source’s like “G4S” we cant afford slip ups like whats happening with our prision’s on our MOD sites there are alot better ways to save money cutting our security is not one of them !

In principle i am against privatisation of the MGS, and yes they do a different job from the likes of private outsourced security companies, and yes probably there are legal implecations in this as well, with regards to the security and operations in most if not all military establishments as well as MoD buildings. The unfortunate thing about this is, exactly what someone else commented: “Remember you have the MPGS”, they effectively can cover the job of both the MGS and Barrack Guard on most or all Military establishments throughout the UK that require this. They cannot ofcoarse provide the… Read more »

I don’t think you can judge of what you have seen from a few sites i work with the MGS as well and think there top of there game i cant think of any unarmed service that can do there job to there standard. there customer service is on point and there management of staff i do think the MOD has been stripping them down for a few years now though which will cause problems you cant cut back security of the sites at the moment its to risky for the people that work on the sites and everyone really.… Read more »

The MPGS cost more than the MGS ? MPGS do not have legal training like the MDP in Law ? G4S and other private firm are useless compared to the MGS,MDP,MPGS its stupid to be even be thinking about putting private firms on MOD sites. The MGS were made cause of the private firms mess ups in the past and we dont hear much of them so that is a good sign there doing a good job the only time you hear about security is when something goes wrong.

MPGS are a disgrace to security- everyday a breach of the site was committed- MPGS were too busy playing at soldiers to realise that they are are supposed to be guards.

What happened to the MOD police force

Or more to the point SNOWDROPS

This is penny pinching at its finest. Weve got Crapita and Carcrashion running recruiting and services. And theyre letting everyonne down. Do we really think G4S couod guard nuclear subs?? Really thus bunch of clowns are desperate to keep tge pretence of private enterprise being cheaper. When actually uts just nit screwed up by stupidity at tge top as much. For true private enterprise skills….check out the banks….yes great management skills there

This is only one example of the cascading of failure across the MOD, Security is just one area being looked at for cost savings, if I had a pound for every time I have heard this year ‘the MOD don’t have any money’ I could retire early. The term Cost Based Challenge is in every meeting, briefing, boardroom and MOD Base discussion, every contractor supporting MOD on every Base in the UK has to make huge savings or risk losing their contract for the cheapest quotes because the decision makers are Bean Counters who do not understand the delivery of… Read more »

I saw at first hand before retiring from the MGS how little effort was being made to retain them. The top brass were simply looking after their own interests and did little to support the future of the MGS officers. The Unions spent more time trying to get more for less by opposing every initiative that the management put forward to try and get the staff to see how they needed to work with their managers to secure their own future and this resulted in rising costs. Exaggerated claims about the MPGs were being made about their costs and efficient… Read more »

Being saying this for years (28yrs) in fact how long I was there for glad I am out of it now going to pot.

I was an MOD guard for 8 years after leaving the army. A good job, looked after me, when I had drama. Potential to be amazing job but let down by a sizeable minority of lazy sods who never have or will do days work in their lives. We need back gate open? I’m on lunch break! I’ll get union if I have to pick up a brush! Really true. Attitude is from ex patrolman who were in job before MGS was formed. All ex army were ok. However since I left I’ve worked with very lazy ex forces who… Read more »

Here we go again, trying to cut quality to use the money to send overseas or defend rapists coming over here. Served RAF for 16 yrs till IHR med discharge. The standard of private companies will give you no continuity, poor DBS checks and allow crime to take place. MGS as the name suggests means a certain standard that only private security could dream of having

I have been a member of the MGS now for the past 20 years. And before that I served in the British Military. Since being with the MGS I have had the pleasure of working around the country.
And I have never looked back. I am now based at DECA Sealand. And I enjoy my work and I take
great pride in it. And so do all the other guards that work here. I just would like to have a pay rise.
Because my wage is the same as it was 8 years ago.