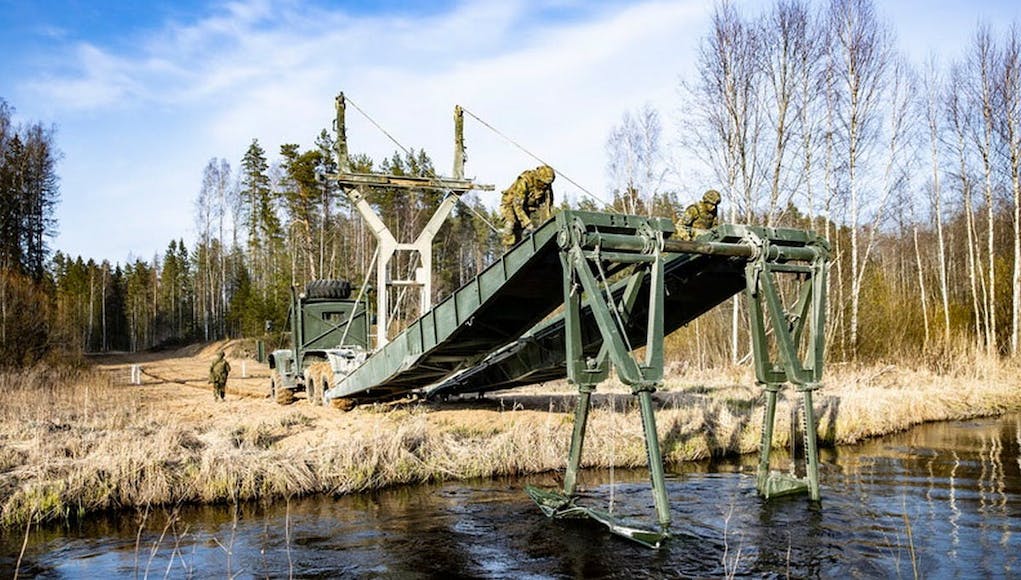 NATO forces have concluded live-fire training in Estonia, as part of the annual exercise Spring Storm.

Led by Estonia, Spring Storm tests the integration between NATO troops and the Estonian Defence Forces (EDF), strengthening their ability in times of crisis. Due to the COVID-19 pandemic, this year’s exercise was scaled down, with around 3,200 troops participating, compared to 9,000 last year.

“Despite the difficult situation, the training goals practiced during the year must be achieved, but at the same time the exposure to civil society must be reduced,” said Major General Martin Herem, Commander of the EDF.

“To avoid contact with the civilian population, training is being held exclusively on the grounds of the EDF Central Training Area, and reserve troops will not take part. The exercise involves active EDF personnel, conscripts undergoing training and around 1,000 troops assigned to the NATO multinational battlegroup in Tapa, Estonia.”

The battlegroup was led by the United Kingdom and included forces from Denmark.

Spring Storm aims to test the readiness of NATO forces in responding to a fictional crisis. This year, it offered the opportunity to demonstrate the Alliance’s capabilities under the difficult conditions caused by the COVID-19 pandemic.

“Spring Storm shows how NATO forces can continue to test their readiness, while taking necessary measures protect their health and those of others. Our forces remain ready, vigilant and prepared to respond to any threat,” said NATO Spokesperson Oana Lungescu.

The exercise itself was divided into two main stages. On 25th-30th April, a field exercise took place in which units of the EDF and the NATO battlegroup enhanced their readiness. From 1st-8th May, a live-fire exercise took place at a firing range, where the cooperation of infantry and battle support units will be trained.

Worked with the Estonian lads in Afghanistan, tough and pretty good, with a serious dislike of Russia! The Baltic states are being very serious about their defence and membership of NATO, as like Poland, they are now the tip of the NATO spear!