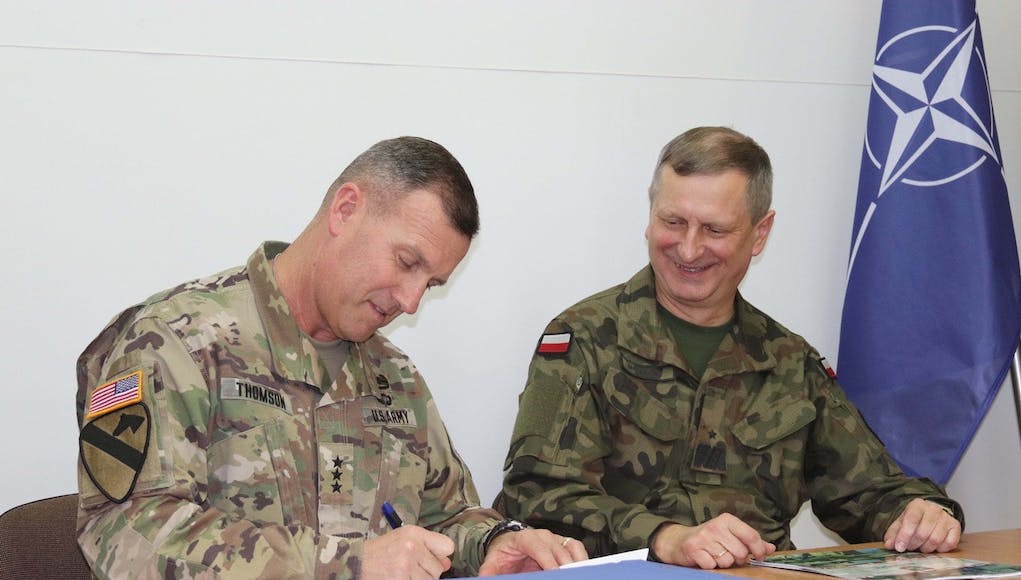 LANDCOM led the 37-member, multinational CREVAL team during Phase 2 from November the 27th to December the 6th to verify MND-NE is ready to assume their role as a division-level, command and control node in the land domain reinforcing NATO’s eastern flank in the collective defence of Europe.

The President of Poland and Poland’s Minister of Defence participated in the ceremony recognising MND-NE’s great achievement, say NATO in a news release.

“History teaches us that strength deters aggression. Given today’s complex, dynamic and uncertain security environment, it is incumbent on land forces to be ready and strong,” said Thomson.

“We thank Poland for its tremendous contributions to our collective defence and providing this highly capable division headquarters.”

“The CREVAL during Exercise Anakonda 2018 is the climax of a successful transformation of MND-NE from its creation in June 2017 when we were formed into a fully capable and effective, high readiness force headquarters” noted the Polish Army Major General Krzysztof Motacki, Commander of MND-NE. The President of Poland promoted him during the same ceremony.

Thomson added, “We are blessed to have MND-NE in the NATO Force Structure and we can be rightfully proud of their superb accomplishment. We are in awe of your incredible skill, dedication and teamwork.”