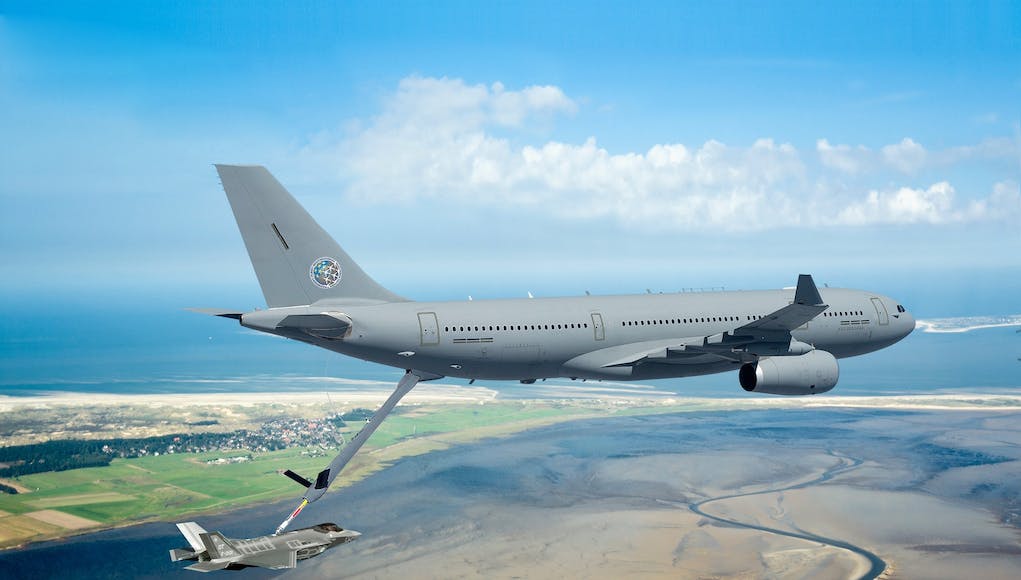 The Netherlands and Luxembourg are to purchase two Airbus Multi Role Tanker Transport aircraft, the aircraft will be operated by NATO.

The Netherlands Ministry of Defence has notified Parliament of the signing of a Memorandum of Understanding with Luxembourg to proceed with the acquisition of a pooled fleet of Airbus A330 Multi Role Tanker Transport (A330 MRTT) aircraft, and the signing of a contract paving the way for the delivery of two aircraft with options for up to six more when, as expected, other nations join the grouping. The contract also covers two years of initial support.

“We strongly welcome this agreement to acquire aircraft for operation by NATO following a process facilitated by the European Defence Agency. Final arrangements will be made in the coming weeks between Europe’s organization for the management of cooperative armament programmes – OCCAR – acting on behalf of the NATO Support & Procurement Agency (NSPA) and the nations, and Airbus Defence and Space for the completion of the financial process resulting in a formal order for the aircraft.”

Discussions are underway at various stages with Belgium, Germany, Norway and Poland with a view to those nations also participating in the programme, known as the Multinational MRTT Fleet (MMF) initiative.

Does Luxembourg have an airforce?

the NATO E-3 AWACS force is registered there, so technically yes! ?

I believe they also bought a a400

If they go to war who has it? Or do they take it in turns?

That will be fun, who’s turn is it mine or yours lol