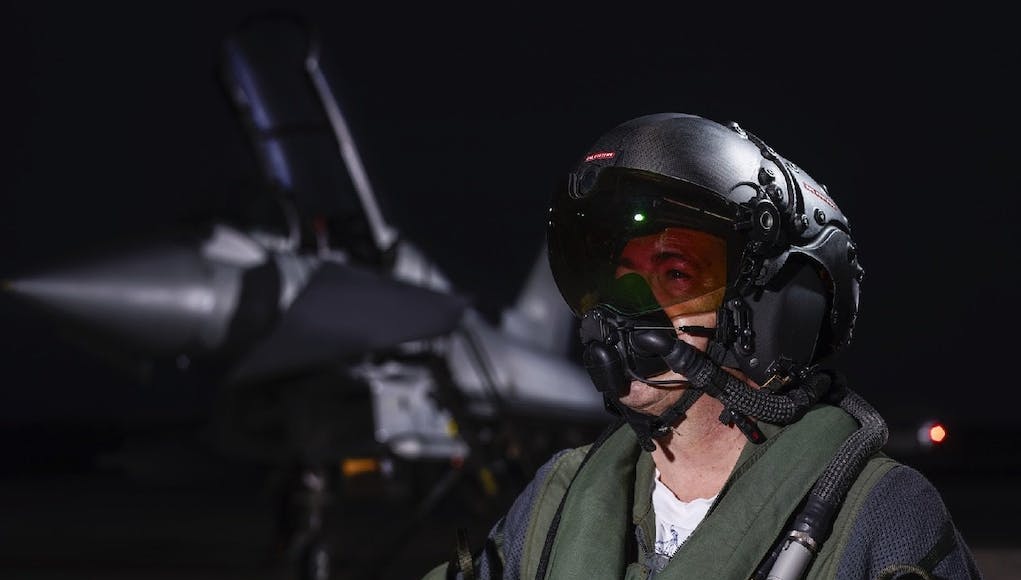 A ‘wearable cockpit’ technology concept, designed to revolutionise the training and combat jet cockpit environments of the future, has been unveiled for the first time by engineers at BAE Systems’ Military Air & Information business.

The technology allows pilots to customise the cockpit display and the way they interact with it based on their own personal preferences and mission objectives. By replacing the limitations of current physical cockpits with a projection – which is capable of being infinitely reconfigured – the technology is designed to provide major improvements in situational awareness, speed of decision-making and the ability to affordably and rapidly upgrade the cockpit in line with aircraft enhancements.

Engineers at BAE Systems’ site in Warton are now exploring technologies that build on the current capabilities of the Striker II HMD. These include voice control, use of gestures and touch to allow the pilot to interact with these virtual cockpit controls by, for example, selecting a cockpit control on the helmet display and then using gesture to reposition it.

The aim is to develop a capability to meet the changing and increasingly complex demands that future developments in combat aircraft will bring. The concept will be usable in multiple aircraft, reducing development time, cost and training requirements.

“The Human Machine Interface in current generation cockpits is dominated by the physical layout of displays and controls. As combat aircraft like the Eurofighter Typhoon continue to be enhanced with new weapons and sensors, and continue to process more and more information, our challenge is to develop technology which goes beyond the restrictions imposed by traditional cockpits.

Using the colour display on the Striker II helmet as the building block, our concept envisages a wearable, software-reconfigurable cockpit for future combat aircraft with limited or no hardwired controls or displays. Pilots will be able to reconfigure the mixed reality set-up being projected in front of their eyes however they want, and the capability of the concept will significantly improve their situational and spatial awareness.

Flexible control technologies, such as voice control, coupled with virtual controls and gestures, will provide the pilot with the ability to react to the requirements of a mission much faster than the current technology allows – and with reduced training.”

The concept would introduce several potential benefits to the pilot according to BAE, including:

“We believe these kinds of new technologies will provide the pilot with a vital advantage as future aircraft continue to develop. These concepts, particularly if used in conjunction with the Striker II HMD, offer the potential for pilots to do things much more quickly. In a combat aircraft, if you can do things quickly and intuitively, it provides a vital edge over whoever you are flying against.”