We have decided to move our every day defence corrections to dedicated accounts, to avoid clogging up the @UKDefJournal twitter feed.

Why have we done this? Myself and the other team members often find ourselves correcting mistakes people have made on Twitter, for example, people claiming the UK needs ‘American codes’ to launch Trident.

Many people let us know that while they enjoy the corrections, they can become overwhelming and drown out much of the articles published on our Twitter feed, these articles of course being where most of our time and energy goes.

In response, three accounts have now been created with two of them dedicated to the most prolific topics we find ourselves correcting on Twitter and a third for more general defence related topics.

For additional and far more in-depth responses to topical defence misunderstandings, I advise you follow @NavyLookout and @pinstripedline for their rebuttals to media madness. 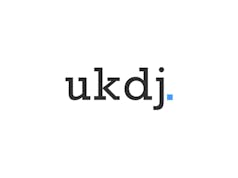 I think you may need @ShipbuildingCorrect as well at some point…

Your near constant engagement will these trolls is becoming tiresome and I feel does you not credit. By all means correct the nonsense but avoid being drawn into a prolonged tweeter exchange with people you simply can’t reason with or are blind to reality.