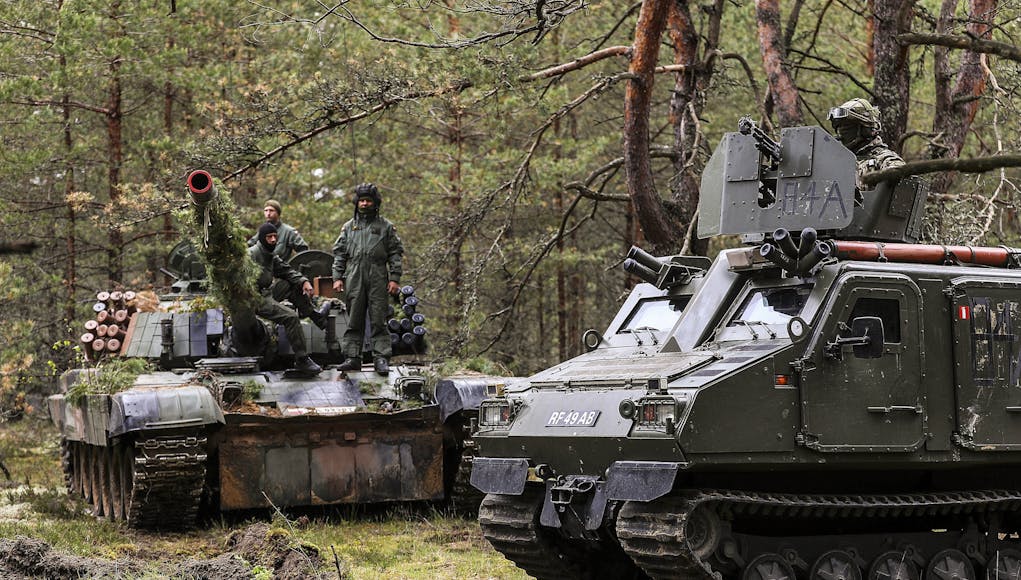 Pictures were taken during an attack which saw the Royal Marines, assisted by Polish tanks, attack Latvian objectives as part of Exercise Sabre Strike.

X Ray Company of Arbroath based 45 Commando Royal Marines are currently deployed in the Baltics participating in a large scale NATO exercise.

The exercise trains participants on command and control as well as interoperability with regional partners and consists of a brigade-level command post exercise and computer assisted exercise, as well as company-level field and situational training exercises. It also features the integration of United States close air support with partner nation ground forces and the demonstration of United States Expeditionary Medical Support capability.

All imagery provided courtesy of the MoD and protected under © Crown copyright.

The troop seem to be wearing MILES, is that standard for this type of exercise these days (I am almost 20yrs out of date now)?