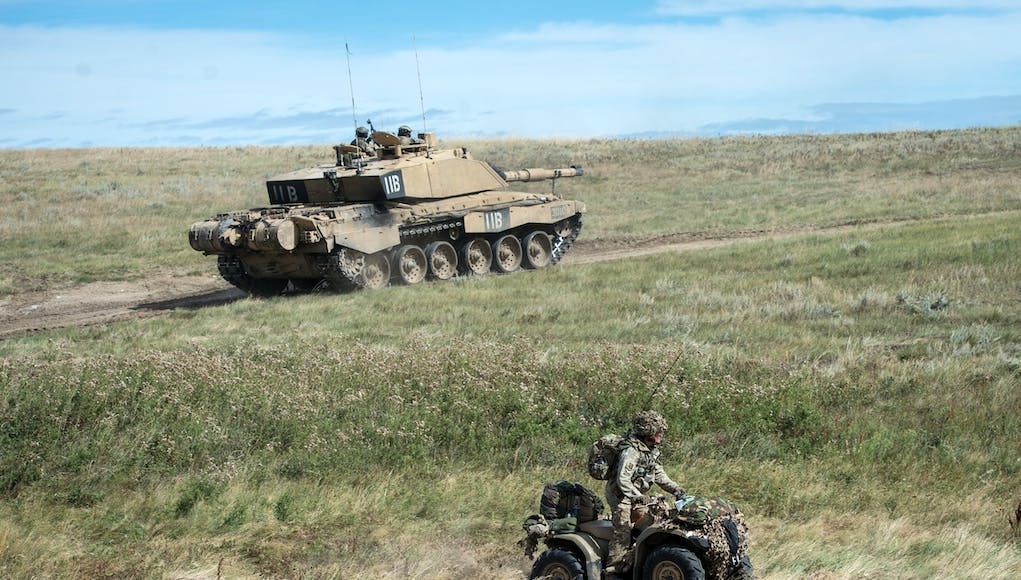 The Queen’s Royal Hussars (The Queen’s Own and Royal Irish) (QRH) Battlegroup on Exercise Prairie Tempest.

In support of QRH and their Challenger 2 tanks was B Company’s from 1st Battalion The Princess of Wales’s Royal Regiment (Queen’s and Royal Hampshires) (1 PWRR) and 5th Battalion The Rifles (5 RIFLES) providing the Armoured Infantry companies, and combat engineers from 35 Engineer Regiment (35 Engr Regt) providing obstacle clearing and bridge laying capability for the heavy vehicles and assisting the dismounted troops.

The TES phase of the exercise will place over 10 days and is the final test for the battlegroup during Exercise Prairie Storm 3, 2016 and covered the entire length of the British Army’s largest training area in the world in, and is equivalent in size to the combined area all of the main training areas used by British Army in the UK and in Europe; Salisbury Plain Training Area would fit in 7 times over.