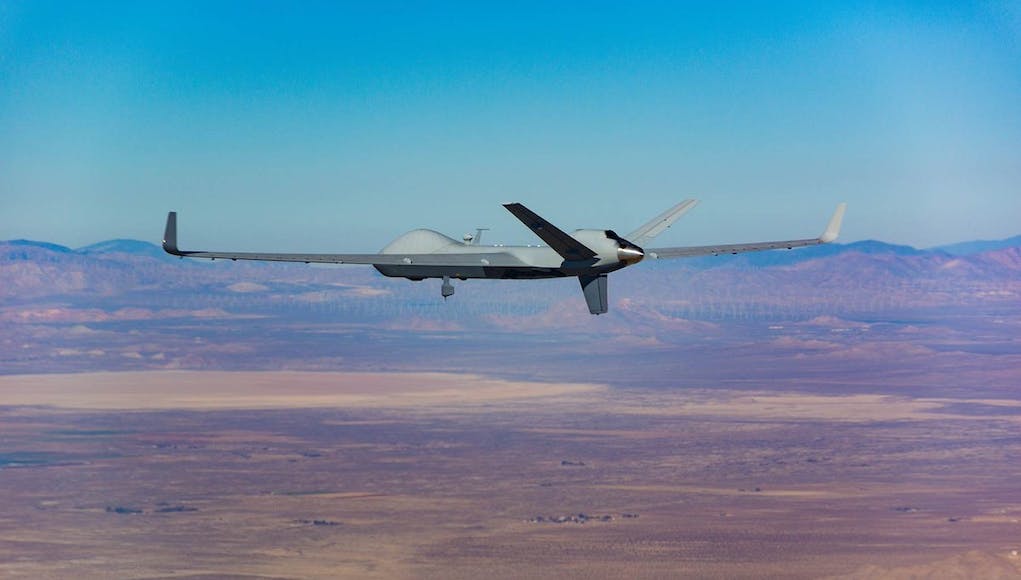 A small team of Royal Air Force personnel based in the United States is preparing the way for the introduction into service of the UK’s new remotely piloted air system, the MQ-9B Protector, say the RAF.

The Protector Combined Test Team (CTT) comprises experienced pilots, sensor operators and engineers from the Royal Air Force, industry partners and the US Air Force who are coordinating the testing and evaluation of the Protector system, which will replace the MQ-9 Reaper in RAF service.

“Protector represents a step change in RPAS capability and all of us in the CTT are genuinely excited about bringing the platform into frontline service with the Royal Air Force.

Reaper has been very successful and continues to deliver on operations in the Middle East. Protector promises to expand upon Reaper’s long-range surveillance and precision strike capabilities.  By complementing existing and future ISTAR and Combat Air capabilities such as the F-35 Lightning II, it will meet the needs of UK Defence worldwide for decades to come.”

The UK is investing in an initial 16 Protector aircraft, manufactured by General Atomics Aeronautical Systems Inc. An important aspect of the work of the CTT will be to ensure that Protector complies with national and international airspace and safety regulations.

The RAF say this will be the first aircraft of its kind to be certified in this way, allowing it to operate safely and effectively in a wide variety of environments and locations, including support of humanitarian relief operations.

From reading a few more articles on this, the Protector 9B appears to be specific to the UK, rather than piggy backing off a US order which was a surprise to me. It may be more to do with enabling Brimstone and Paveway 4 etc.
If this is the case does anyone know if they will be Piloted from the UK as well? As far as I know the Reapers are still piloted from the US which puts a big question on their sovereignty.

The RAF Reapers have been piloted from the UK for a while now.

No BB85. Reaper is flown from a hanger at RAF Waddington. The initial 39 Squadron operations were from Creech or Indian Springs in Nevada, and I believe some RAF personnel are still embedded there.

That’s good, I wasn’t sure if there was some kind of block by the US on moving sensitive encryption technology outside of the country in case it faced risk of hacking or being leaked (not that they are any better at keeping details protected). If the new drones are tailored to UK requirements they may not even use the same encryption anyway.

Evening
These platforms are specific the UK.
They are learning lessons from Predator, Reaper and Watchkeeper.
Remember – RPAS (Remotely Piloted Air SYSTEM)
We need to stop looking at these aircraft as weapon platforms and start to understand them as a system of which the flying platform is just one part.
Crypto systems are sovereign, we have access to the standard but generate the key.
AES 256 is math, we can all do it, they key is the important part of the puzzle – sovereign.

These could be pretty useful in major flood situations where they can spot people and send help direct to that position. Given the endurance they have they wouldn’t need that many to cover a vast area.

Agree. Need to fly them in the UK first.

How much are these each?

Tim,
Not that sure as according to Flight Global we are buying 26 at $1 billion , initial 16, with a follow on 10 to replace our reapers.
https://www.flightglobal.com/news/articles/us-approves-sale-of-up-to-26-protector-uavs-to-uk-431587/

And here’s the company website on the UAV in question:
http://www.ga-asi.com/mq-9b

One more thing, I do love the UK’s more PC name of Protector, as Reaper was far too terrorising and we can’t be intimating our enemies now can we?

Originally the RAF requirement was known as Scavanger!

All PC nonsense but I suppose Protector is apt as the system is watching from above, looking out for our people and engaging the enemy.

Where might it end? Have they chosen a class name for the RN T31s? How about the Shepherd class? Or maybe Kitten class and then name each ship after a breed of cat – no scary breeds of course, any cat breed chosen must look cute and cuddly and un-threatening. Then again, if the MoD de-specs and does FFBNW on pretty much all weapons systems to get within the £250m per vessel budget some nice un-threatening names might be appropriate. If they go for this theme, as more of a dog person, I’d prefer them to go the Puppy Class… Read more »

Instead of Leander, we could have the Minder class, so Minder, Carer, Helper, Keeper, Guardian.

Will the new Apache’s be able to link with these? 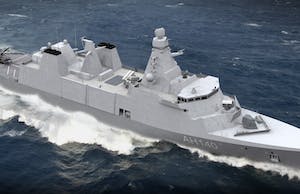