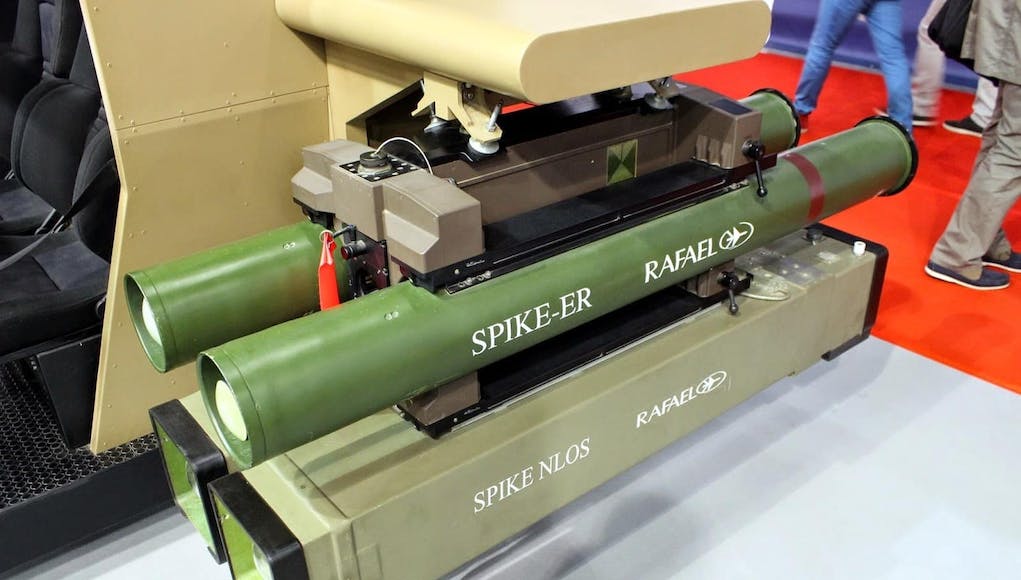 Rafael has unveiled the LR II, a new variant of the SPIKE Family that can be fired from vehicles, helicopters, ships, and ground launchers.

The new missile will be presented for the first time at the Paris Air Show in June.

Rafael has supplied over 27,000 of the missiles and systems to over 26 countries according to the company.

In a press release they state:

“SPIKE LR II is an advanced multipurpose missile, weighing only 12.7 kg, designed for modern warfare with almost full commonality to the SPIKE Missile legacy and can be launched from any SPIKE Launcher.

“The development of the SPIKE LR II is based on Rafael’s vast experience in the development of a wide variety of missiles over the years, and was largely possible due to Rafael’s close cooperation with the users at the IDF and other militaries around the world.”

Does anyone know how large the warhead is on these Spikes?

Is that enough to knock out modern MBTs?

How does this compare to Brimstone?

Brimstone/Hellfire are a much larger missile…..

This version of the Spike would be equivalent to the Javelin.

Spike uses a lofted trajectory and tandem warhead to penetrate a target.

This means the missile dives towards the target as opposed attacking frontal armour making peneration against less well protected places of the target.