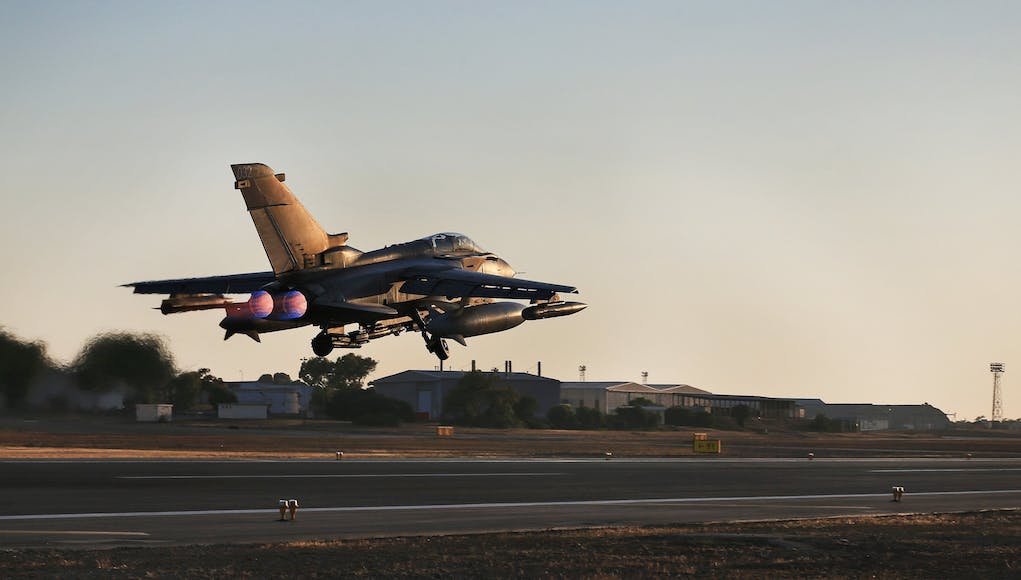 At the weekend a Reaper eliminated a mortar team and Typhoons dealt with a heavy machine-gun. Tornados hit three Islamic State positions in Mosul.

A Reaper remotely piloted aircraft patrolled over Raqqa on Saturday.

A mortar was reported firing on the SDF, and the Reaper’s crew spotted its muzzle flashes from a position concealed beneath a tree. A Hellfire missile destroyed the target.

Typhoons were also active over the city, where they used a Paveway IV to silence a heavy machine-gun which was holding up an SDF advance.

In northern Iraq, two Tornados assisted the Iraqi troops clearing remaining pockets of Islamic State resistance in west Mosul. Paveway IVs were used to destroy two strongpoints from which the Islamic State fighters were directing fire. The Tornados then responded to reports of a heavy machine-gun team and a group of suicide bombers preparing to attack the Iraqis – a third position was duly destroyed with a Paveway IV.

On Sunday 2 July, mixed pairs of Tornados and Typhoons operated over both Mosul and Raqqa. In Mosul, the Iraqi ground forces encountered three groups of snipers – all three positions, plus another Islamic State-held building, were successfully struck with Paveways. In similar fashion, Paveway IVs were used against two terrorist firing points in Raqqa.