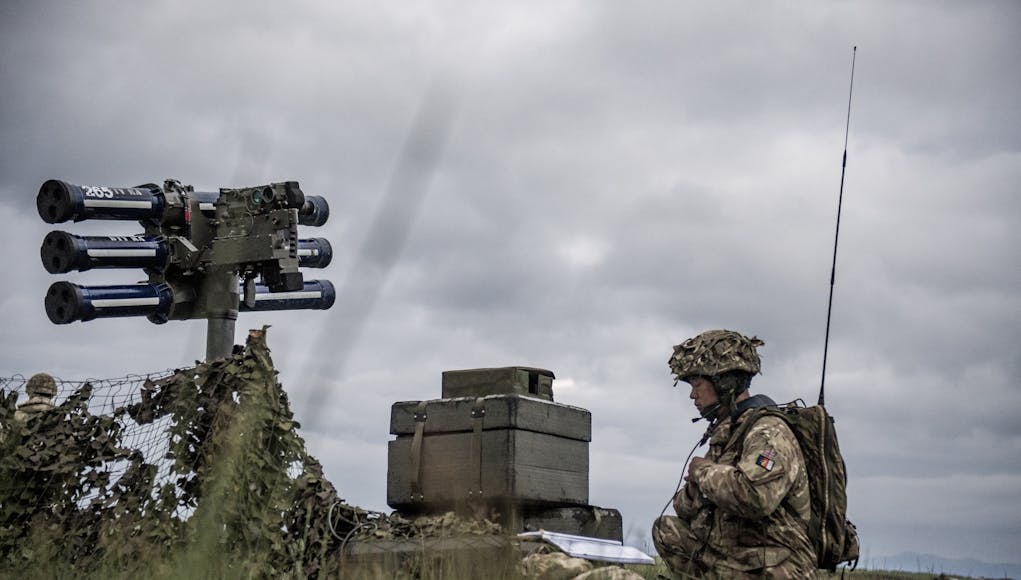 Soldiers from three different continents came together to simulate a battle for an airfield and power station in North Wales.

The Honourable Artillery Company, who regularly train in Wales, is the oldest regiment in the British Army with a history dating back to 1537. They are the Army’s only Reserve Surveillance and Target Acquisition (STA) Regiment and exist to support the Regular Army on operations.

In a mock scenario, elements of the HAC had to protect Llanbedr airfield and the Trawsfynydd decommissioned power station, with patrols from the regiment keeping it under surveillance.

Supporting the exercise were soldiers from Malaysia, Japan and Ireland, as well as personnel from the US Army and US Marines.

Minister Mark Lancaster was on hand to see what was the largest UK ground-based air defence exercise since 2003.

“As this incredible exercise in Snowdonia has shown today, our Reservists have real specialist skills which give us a cutting edge as a global military force. It’s been great to see Wales at the heart of a truly international exercise here today which shows how the Armed Forces can keep us safe both abroad, and at home.”

“The terrain in North Wales is of course demanding and challenging, but we can match that and it’s great to showcase the incredible capability we have. Having a global group gather here today was an honour and further underlines our position as having one of the world’s leading militaries.”

A big welcome to these troops from Malaysia, Japan and Ireland.

The headline picture with the three short range missiles represent our (apart from the navys missiles)total missile surface to air capability .This a disgrace and should be addressed instantly.

Troops from Ireland? As in the militarily neutral as stated in it’s constitution, Republic of Ireland?

G.Spencer, are you forgetting about the Rapier missiles? Whilst not the most new and advanced missile, it’s still out there and will be replaced with the land variant of the CAMM missile family around 2020 (assuming there are no major delays).

The uk land based air defence systems are beyond a joke .the uk should have an denial system like s400