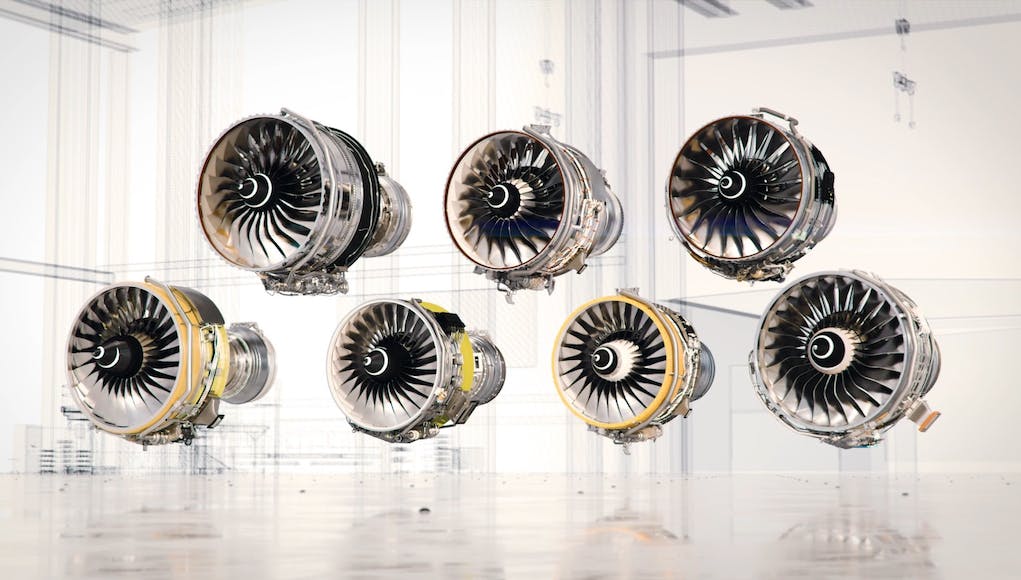 Rolls-Royce is this year celebrating the achievements of an engine family that it says has transformed the way we travel.

Twenty-five years ago – on February 28, 1995 – the very first Trent engine powered the first Airbus A330 as it completed its delivery flight to Cathay Pacific in Hong Kong.

Rolls-Royce say that those 25 years have seen the Trent family:

“The seven-strong family is made up of the Trent 500, Trent 700, Trent 800, Trent 900, Trent 1000, Trent XWB and Trent 7000. Each engine has been either the market leader on its designated aircraft, or first into service on that aircraft, and sometimes both. And while this month marks a celebration of 25 years since the first engine was delivered, it is actually not even half the eventual Trent story as engines continue to be produced to meet demand.

Ten years ago, 1,500 Trents were in service, today it is just over 4,000 and in ten years’ time it will be around 7,500. Trent engines being made today in the UK, Singapore and Germany will be in service for decades to come.”

“I want to thank all of our customers and all of our partners who have taken the power of Trent engines and used it to support  a global aviation network. That network has offered passengers the opportunity to have incredible, life-enhancing journeys. We’ve had challenges along the way, and still do, and we are absolutely committed to dealing with any issues to ensure that the Trent family remains an outstanding product.

The Trent has been built on our relentless desire to be pioneers – to make our engines increasingly efficient, and by doing so find new ways to make flight ever more sustainable. And that spirit continues in our next-generation programmes, such as the UltraFan engine demonstrator and our electrification projects.”

I know Singapore was a british colony, I have heard great story’s from my grandparents who lived there with the RAF, but we build Trent engines on that tiny island! And Dyson moved 5here and we have lots of british company’s based there…. lucky Singapore…and what’s the draw? Cheap labour? Eastern market for engines?

I would imagine it’s due to the huge demand for engines for the Asian market. That would be my guess.

Singapore had a great reputation as a technology hub, lots of great engineers and top universities. It’s also a good jurisdiction for doing business in Asia. Its ben RR’s Asia-Pacific hub for many years and assembling Trent engines there is a logical next step. RR is a global company now, and builds or assembles engines and other components and products in UK, Norway, Germany, Spain, USA, Canada, Singapore and India. I believe all Trent engine cores are still manufactured in Derby with final assembly in both the Derby and Selatar. The naval version is built at Bristol, with naval power… Read more »

I wonder what it would be like if it wasn’t a british colony, and maybe a Portuguese colony! Pure shithole I would imagine. Most british colonys benefited greatly from british values and enterprise. Look at Hong Kong….shame we gave it back after building a beast, I understand there’s still lots of british and company’s from UK still trade and work there though.

Although RR is known for their trent engine people seem to forget that even the Typhoon EJ 200 engine is basically a modified RR XG 40 engine. RR is a company that the UK can be truely proud of and long may it last.
I wonder what engines the EU countries will use for their new Gen 6 aircraft.

It will be a development of the Snecma M88 as used in the Rafale. However, this time round the engine design is supposed to be shared between Safran and MTU Aero Engines. MTU Aero Engines is not a part of the RR owned MTU Friedrichshafen, who make the marine diesel engines etc. MTU Aero are a partner of Eurojet, so know all the R&D for the EJ200 engine and where development is going. So they will have a lot to bring to the table for the FCAS. However, RR has an ace up its sleeve in the form of sponsoring… Read more »

Thanks for that, I have just been looking at the REL website, some intresting stuff going on in that compqany. I just hope that the UK government protects the company from US or Chinese take over bids. I also noticed that they have or are developing heat exchangers for F1 cars which improves lap times. Well if it is small and light enough to be fitted to an F1 car then i am sure it could be used on a Fighter. As for Liquid Helium, as far as I am aware this is becoming restricted in supply, so it could… Read more »

Really good news for RR, especially considering where they were 25 years ago! The Trent series was developed on the back of the RB211 engine that originally powered the 747. Compared to its contemporaries, it used a triple core shaft design, which I believe is still unique to RR. The Trent engine uses modern advanced materials and blade designs to up its efficiency. The triple shaft design, i.e low pressure, intermediate and high pressure stages means that each fan stage can spin in its most efficient range, thus increasing fuel economy not outright power (commercial engine don’t forget). The Trent’s… Read more »