A consignment of AstraZeneca vaccines were received on Thursday by the British Antarctic Survey research facility in Rothera, Antarctica – the furthest south any British COVID-19 vaccine has yet travelled.

This article is a press release from the Royal Air Force.

The logistical effort was arranged by the not-for-profit international development organisation, Crown Agents, and the Ministry of Defence as part of the UK Foreign Commonwealth and Development Office’s commitment to supply vaccines to all the inhabited UK Overseas Territories.

According to a Royal Air Force statement:

“This means the UK has now shipped vaccines to all British Overseas Territories, as well as delivered donated vaccines to every continent on the planet. The vaccines were flown by the RAF from RAF Brize Norton to Mount Pleasant Complex in the Falkland Islands.  They were then taken by a British Antarctic Survey aircraft to the research station at Rothera, on the Antarctic Peninsula.  The total voyage was almost 10,000 miles, covering 4 continents.” “Throughout the journey, the Crown Agents and the Ministry of Defence logistical teams ensured the AstraZeneca vaccines were transported at controlled temperatures to keep the doses at their required 2 to 8 degrees Celsius.  Temperature-controlled vans were used in the UK, and whilst onboard aircraft the vaccines were again monitored in a controlled environment by the crew.  Prior to their final flight to Rothera, the vaccines were placed in a temperature-controlled container, before being stored in fridges at Rothera’s medical facility. Not only was it a temperature sensitive operation, but also time sensitive.  All logistics had to be carefully planned and executed to ensure the whole trip was completed in under 92 hours, to avoid spoilage of the vaccine.  Contingency plans were put in place for adverse weather and transport interruptions.”

Double doses of the vaccines will be available to the 22 members of the ‘overwintering’ team at the research centre, who keep facilities running during the coldest winter months.  Some of these staff include marine and terrestrial biologists, meteorologists, electronics engineers, a dive officer, doctor, and chef.

“Since March last year we have worked with the Foreign Commonwealth and Development Office to ship medical items to literally the ends of the earth to support the UK Overseas Territories during the pandemic. From Pitcairn Island to Tristan Da Cunha, our teams have overcome extreme logistical challenges to deliver medical equipment – and supporting the safe arrival of vaccines all the way to Antarctica has certainly been a highlight.  It’s fantastic to see the UK Government’s commitment to the people of the Overseas Territories. Only by sharing the vaccines across the globe will we be able to combat the pandemic, and that includes reaching those in even the most remote and sparsely populated regions.  We’re incredibly proud to be supporting those stationed out in Rothera who are working in such extreme temperature conditions on behalf of research and science.”

How did covid get there?. Can’t get more locked down/isolated!

afaik covid isn’t there. This is obviously prophylactic & to protect staff for when they come back from there.

They have staff that come and go. So not locked down / isolated! So it makes sense to all be vaccinated.

Very good. But not the South Pole. Rothera is at 67 degrees south which is a long way from the pole. Bit like saying Iceland is at the North Pole.

Bit confused about the comment “who keep facilities running during the coldest winter months” . Surely Antarctica is just about to have its summer, or is this another effect of global warming ﻿😀﻿

saw this the other day, 1st aircraft to arrive in 47 weeks, or supply aircraft. there is no covid there. and they are not due to return for months.

So why waste the space

Risk management.
The risk of requiring hospitalisation has been lessened for the people based there.
As unlikely as it seems what if , and risk management is all about what-if -ery, an emergency landing came in with the crew infected and gave it to the people working on the base?

Because with the southern summer season starting there will be many new arrivals that could bring in the virus. You don’t want a base to get infected in so remote an environment. Sensible precautionary plan.

Seems to me the RAF only got the jabs as far as the Falklands! 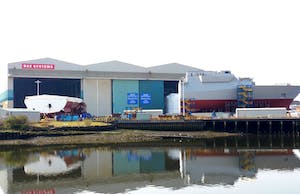