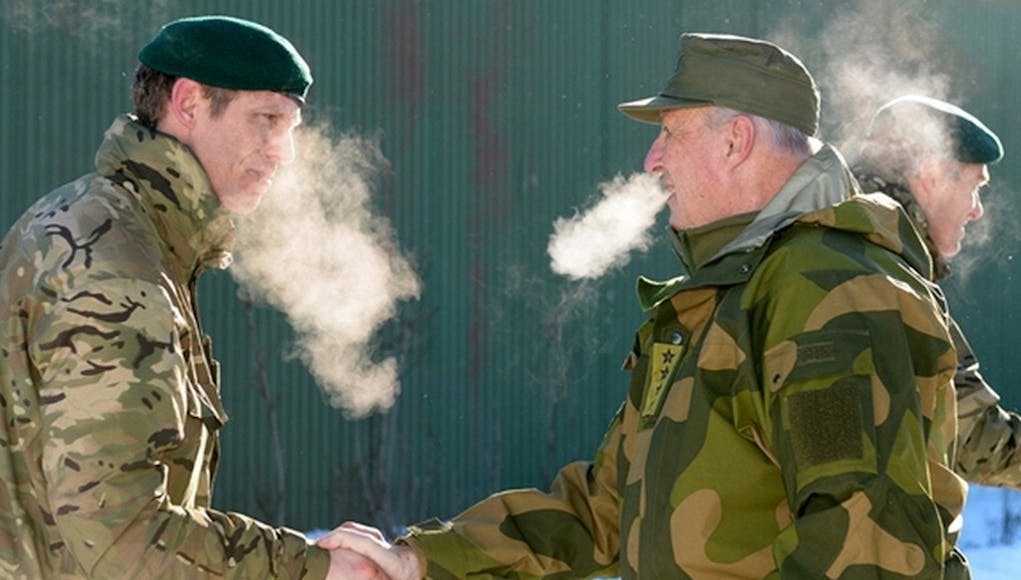 15 nations and 16,000 personnel have participated the most recent NATO exercise.

King Harald has made a special trip to see the Royal Marines, very few know that he was made an Honorary Colonel of the the regiment some 33 years ago. Arriving at Elvenes by helicopter, Norwegian King Harald was met by Colonel Kevin Oliver RM, Deputy Commander of 3 Commando Brigade and Lieutenant Colonel Richard Cantrill RM, Commanding Officer of 42 Commando.

Captain John Middleton helped host the visit. He said: “King Harald was attending Exercise Cold Response and apparently made it clear that he wanted to visit the Royal Marines. The King has a strong bond with the Royal Marines as an Honorary Colonel and we hope that he enjoyed the opportunity of meeting, and talking, with our men.”

Hey, you’re the goto expret. Thanks for hanging out here.