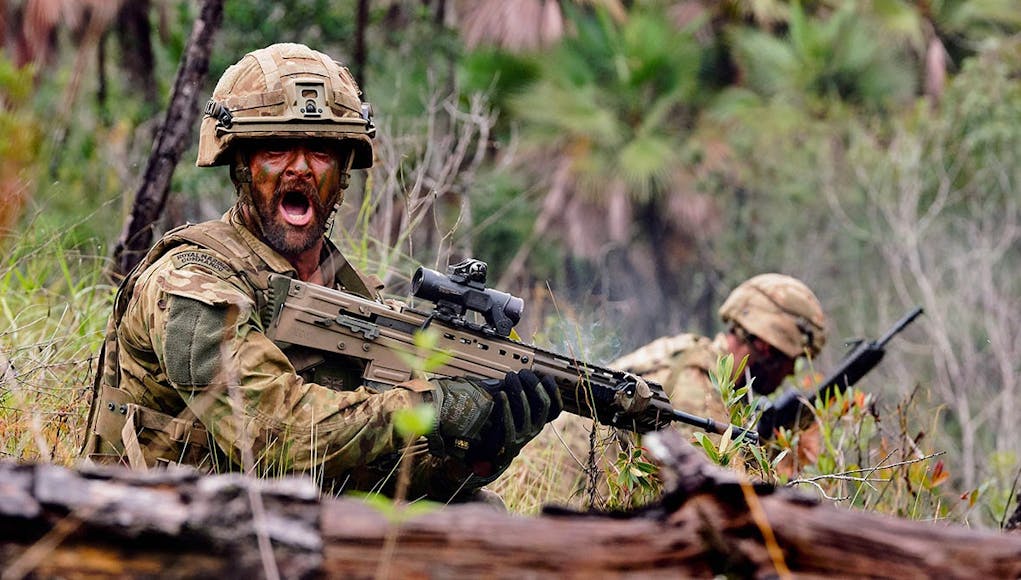 Alpha Company from 40 Commando have been joined in Belize by soldiers from 24 Commando Royal Engineers, gunners of 29 Commando Regiment Royal Artillery for Exercise Curry Trail.

“They first learnt basic skills: how to live, move and survive in the jungle. Temperatures are in the high 20s and low 30s Celsius, and in humidity that is never less than 85 per cent.

Movement is on foot – the undergrowth is too thick to use the Royal Marines’ Viking and BV tracked vehicles. Instead, to get anywhere, the commandos have to hack away with machetes to cut through the thick vegetation – covering just a short distance may take hours. Having learned the basics, training progressed to jungle warfare against a determined enemy: tracking, closing and finally ‘killing’ an adversary whilst simultaneously making it as difficult as possible to be tracked and attacked themselves.”

With the region taking on renewed importance for the future of the UK, 40 Commando’s Commanding Officer Lieutenant Colonel Paul Maynard said training in the tropical climate and undergrowth of Belize was imperative.

“It is essential that the UK’s commandos can operate with partners and allies in the many close tropical environments in the Indo-Pacific region. We have a long and distinguished history of operating in the jungle and the advanced soldiering skills required to be effective will be equally important as we look to the future.”

I am still trying to get my head around that awesome factoid in the last MoD release concerning infantry training that the desert is hot and inhospitable………..

On the railway in my area, when it is hot and sunny.

“Always carry a bottle of water with you”

This country has lost the plot. Years ago.

For the very reasons you state.

No, just being boring!

Life is about opinions is it not?

I’m stating a fact, an announcement I hear outside my place of work daily. In response to another poster.

Meanwhile you’re talking of “right wing berks” on the other thread.

Is that the SA80 A3 in the picture, I wonder how that works now, would love to give it a try.

Yep, it’s the A3, slowly being rolled out across the armed forces. The A3 mechanically an A2 with the addition of a new manufacture slightly redesigned and strengthened reciver/body and new key mod forend.

Having compared the two, it’s certainly no lighter..

‘hack away with machetes’ I can’t believe that is really being taught at the Jungle Warfare Wing!! Hopefully it just the lazy musings of a PR REMF?

So looking at the above photo, I wonder how the snowflake generation will find fault with it, seeing as the last photo from Belize was deemed ……racist. Funny enough out on the piss in Belize city crossing over the swing bridge and my mate and I were called racist for refusing to give a black guy a dollar. He went over to my mate first and asked if he was a racist, he replied, “No, I’m with farouk’ silly sod then tried to call me a racist, until i forcefully told him that I was the same effing colour as… Read more »

Never go to Belize, Panama is better in every way. Even better if you are American as you don’t have to change currency.

The standard of comment on this site has dropped dramatically of late. Aside from the obvious neo-fascistic comments, their is a general air of the gutter from some individuals. Trying so-hard to be part of the scene…yet failing so dramatically!

Part of the scene. Then lets talk defence then?! On a UK Defence site rather than getting digs in at mine and others political beliefs, beliefs that will always intrude as defence and politics are linked. Other comments are light hearted banter and joking, some are funny. RGR and the Captain are hillarious. Maybe not to everyone’s sense of humour. If you can be bothered to read I talk defence facts every day here, I have been discussing the merits of the HAS on another thread and the orbat of the strike brigade on another. Come and join! Shall we… Read more »

US Dollar is also legal, though not the primary, tender in Belize

Hi Daniele, I am quite sure that you are decent and honourable person that is understandably fed up with the present situation re Brexit; most of us are. But I don’t think that some of the comments offered by other contributors are just ‘jolly japes’. You will see that some infrequent contributors have noticed this as well…

But ceasefire! I’m fed up with clashing with you.
And let’s stop the sniping and enjoy the site.

Olive branch offered. For all to see.

Good to see closer support between the UK and Belize 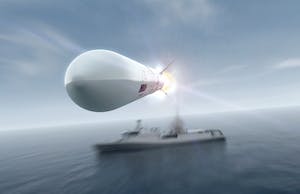