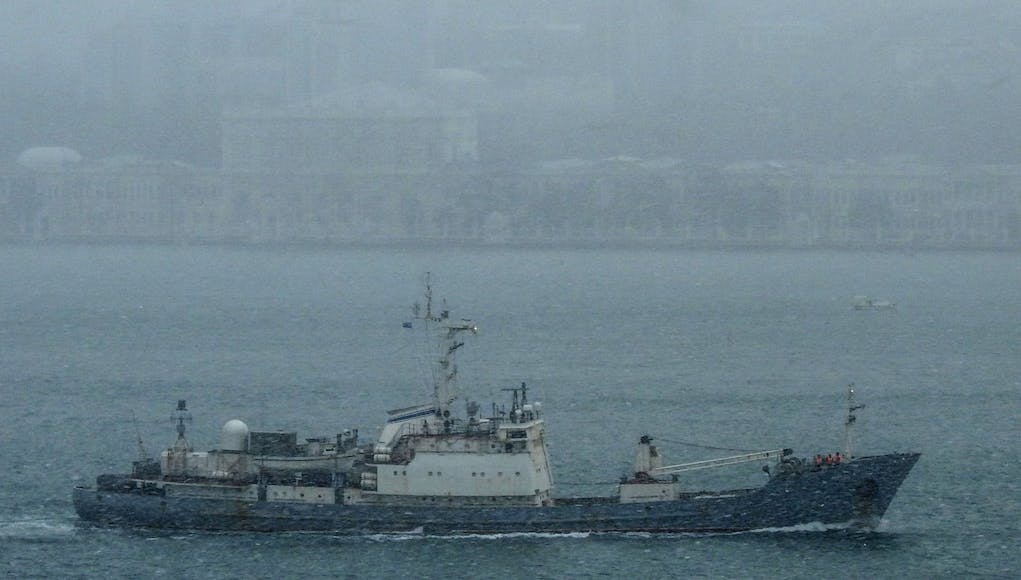 A Russian naval intelligence vessel sank off Turkey’s Black Sea coast on Thursday after colliding with a vessel carrying livestock.

All 78 personnel on board the navy ship were evacuated, Turkish officials said.

The Russian ship Liman sank in the Black Sea following a collision with Youzarsif H, a Togo-flagged livestock freighter. At the time it sank, the ship carried a crew of 78, all of whom were rescued by the Turkish Coast Guard. They were transferred to the Russian cargo ship Ulus Star.

A spokesman for Hammami Livestock which owns the Youzarsif H said:

“It is considered a slight hit, for us, we don’t know our losses yet, but thank God there is no loss of life – neither from our side nor from the other ship.”

In a twist of fate, this came days after the Russian Embassy mocked the safety and reliability of the Royal Navy destroyer HMS Daring on Twitter after it entered the Black Sea.

.@MailOnline If the message is SOS, Russian Navy always ready to help out. pic.twitter.com/yH2J0xjEKV

The genuinely delicious irony would have been HMS Daring pilling the Russians out of the water. Ah well.

I’ve got to hand it to Russia’s UK embassy though, that’s quite a good reply. Yes, I know the T45 power problems are a bit over-played but it was still a good joke none the less. It’s good to be able to laugh at oneself and it made this patriotic Brit smile.

Stealth Dolly the sheep is a bit of a worrying development, but potentially a cheaper option to any technological ones.

These ruskies probably fuelled up on vodka while belting out tunes from the old ussr era.

Brilliant and if the togans can take them out what we worrying about hahaha!

Why did the chickens cross the sea?

To sink a Russian naval intelligence vessel of course muhahahaha!

Wonder if they destroyed all the crypto on it before it sunk !? Time for a visit 🙂