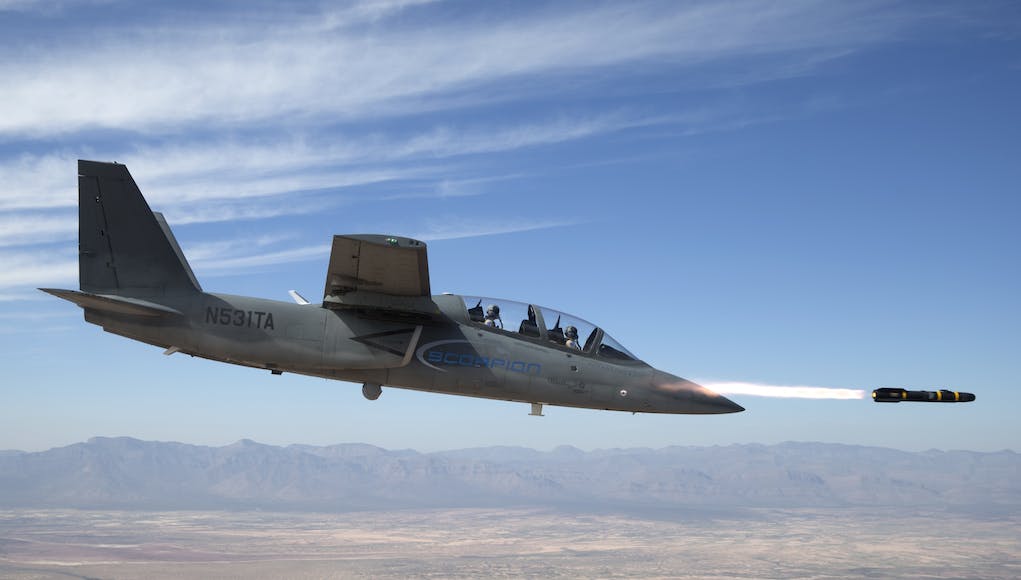 Textron have announced that the Scorpion jet has successfully completed its first weapons exercise at White Sands Missile Range in the United States.

“The success of the first weapons capability exercise is a major milestone for the Scorpion program as we continue to demonstrate its mission flexibility and multi-role capabilities.

We could not be more pleased with the results of this exercise, thanks to the collaboration between our Scorpion team, the NAVSEA organization and the Holloman Air Force Base.”

How does this compare against the A10 Warthog a proven aircraft.

What is SPEAR 3 and why is it important?