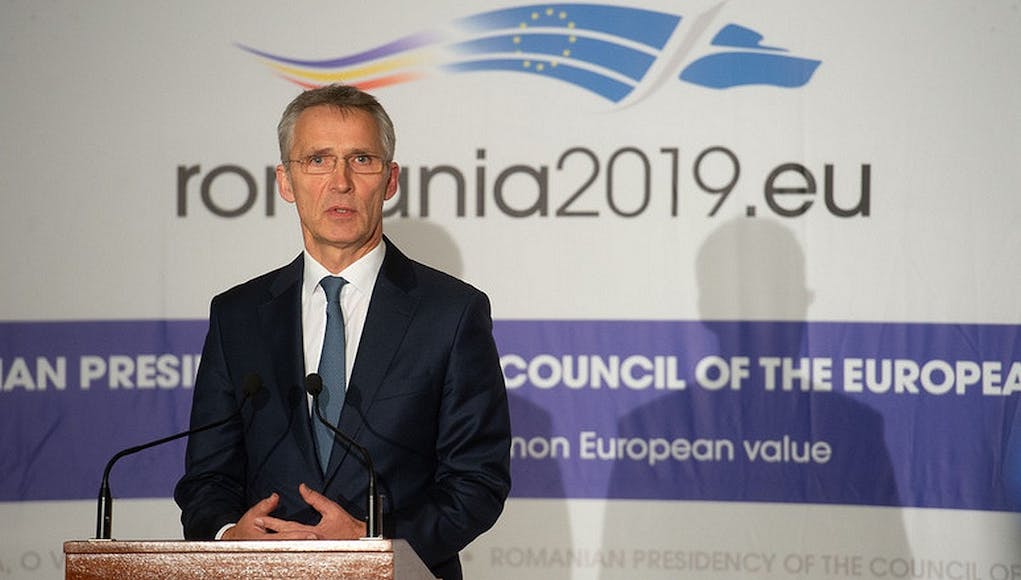 NATO Secretary General Jens Stoltenberg HAS praised Romania for making the cooperation between NATO and the European Union a priority for its first Presidency of the Council of the EU.

The following is the doorstep statement by NATO Secretary General Jens Stoltenberg at the European Union Defence Ministers meeting in Romania.

And we have been able to strengthen the cooperation between EU and NATO over the last years. Responding to a more demanding and challenging security environment, and it’s even more important that EU and NATO work closely together.

NATO is responding to a more challenging security environment also by adapting our forces, our structure, Romania is very much part of that. I welcome the strong efforts of Romania to strengthen the Alliance. And we are also investing more in defence. Since 2016 NATO Allies across Europe and Canada have increased defence spending by 41 billion US dollars, and by the end of 2020, by the end of next year, I expect this figure to rise to 100 billion US dollars. So this is showing the commitment of all NATO Allies, and the strength of our Alliance and the importance of strengthening our collective defence. And with that I’m ready to take any questions if there are any.”

“What Europe needs is more investment in defence, stronger capabilities, and we also need fairer burden sharing within the Alliance. And therefore I welcome EU efforts on defence, as for instance the European Defence Fund, military mobility or PESCO. Because I believe that can improve burden-sharing within NATO, it can provide new European capabilities.

But this should never compete with NATO, it should complement NATO and thereby strengthen NATO by strengthening the European contributions to our shared security and collective defence.”

Stoltenberg also recently welcomed unprecedented levels of cooperation between the EU and NATO ahead of a meeting with the EU Foreign Affairs Council.

The Secretary General noted that stronger European defence can contribute to fairer burden-sharing within NATO, but stressed the need for complementarity between NATO and EU efforts. “NATO remains the bedrock for European security,” he said.

NATO is unwieldy enough without having even more potential for Veto’s of sanctions or actions by neutral countries like Sweden and Ireland or countries who have been thoroughly infiltrated by Russia and its money like Greece, Cyprus and Hungary.

Having the EU commission stick its nose in even further is just a recipe for disaster. The US and UK should strongly consider if NATO is worth maintaining. The Alliance allows too many countries to free ride and very few countries in NATO offer any military benefit to the alliance.

But I am starting to wonder….maybe an Anglosphere alliance and the likes of Japan might be more reliable.

EU what are you playing at. NATO is the bedrock of European collective defence. Creating a European military will defiantly become conflicting one way or another.
Maybe the five eyes arrangement should be expanded into a ‘proper’ military alliance?

I think Nato is one shaky looking alliance, if I was a small NATO member sitting next to Russia with a high ethnic Russian population I would be thinking of other alliances as I’m not sure Nato will be structural able to manage Russian foreign policy, specifically “War in peace”. Especially when the EU is becoming energy dependent on Russia and the US is entering a period of Intraversion. It also no longer fits will with what we are seeing in Turkey, will any western democracy actual want to be legal bound to go to war for a nation which… Read more » 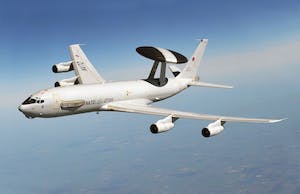