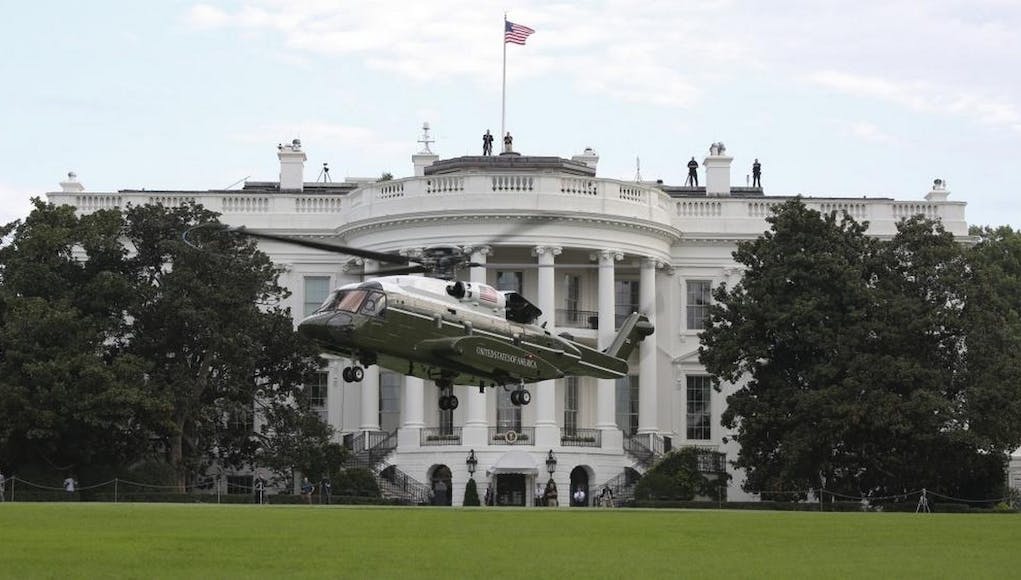 “The team has efficiently leveraged a proven platform with cutting edge government mission systems for rapid agile development of the next helicopters to fly Presidential missions,” said the Honorable James F. Geurts, assistant secretary of the Navy for research, development and acquisition.

“Optimizing commercial practices, the VH-92A will provide safe, reliable and timely transportation with mission-critical communications that will support the security of our Nation. I am proud of the combined government and contractor team who has worked so hard to transition this program into initial production and did so at over $1 billion less than the program’s cost baseline.”

“We deliver helicopter and MV-22 transportation across the globe to support the requirements of the Presidency.  The authorization to move forward with procurement of the VH-92A will allow the Marine Corps to deliver the next generation of Presidential Helicopter support.”

The VH-92A aircraft will increase performance and payload over the current Presidential helicopters, VH-3D and VH-60N, that have been serving over 40 years.

The VH-92A will provide enhanced crew coordination systems and communications capabilities, plus improve availability and maintainability.

“The authorization to exercise the program’s first Low-Rate Initial Production lot is a testament to the hard work and dedication from the team to deliver this important asset on budget and within the planned acquisition timeline” said Col. Eric Ropella, PMA-274 presidential helicopter program manager.

Whilst I understand the need for a specialised/modified helicopter for flying the president around, what i’m Not getting is the number of helicopters required, so this is an initial order for 6 from a requirement of 23?? (As per Wikipedia) The overall budget is nearing $5Billion USD (for the projected 23 airframes) which makes these very very gold plated helicopters…. could have spent the money more wisely?Surely they could buy an off the shelf business/vip interior fit out copter, and bolt on some military defensive systems and secure communications systems… Spending the money on Airforce One to make it a… Read more »

It’s not just the President.
This is to support the National Command Authority.
The mission is to get the President and others away from Washington in the event of a nuclear attack. Multiple helicopters are required.

Just to put this into context the total order will be for 23 aircraft to act as ‘Marine One’ helicopters. Yes 23 aircraft to ferry one Head of State. And I really could not miss the opportunity to remind people that originally this contract was for EH101 Merlins (called VH-71 in USMC parlance) but Obama cancelled the contract ‘to save money’ in 2009 after 9 airframes had been delivered from the UK. And then promptly procured Sikorsky aircraft … Sikorsky of course who had been beaten to the contract by Lockheed Martin and Westland Agusta in 2005. Sort of groundhog… Read more »

And now, the USA having told Europe to increase miltary spending, they’re complaining it’s evidently unfair that US defence companies aren’t being more or less guaranteed a share of the increased procurement cake.

You are a bit behind the times with your info on the CH-148 Cyclone Chris H, the RCAF has nine Block 2 Cyclones with the interim Block 1 in the process of being converted to Block 2. Block 2 is the mission capable variant with the mission systems integrated and a number have successfully been on international deployment. Block 2.1 is in the process of being developed and will include an enhanced gearbox that will resolve the issue of a short life of 600hrs with the new one having 2000hrs. Whilst the Canadians did toy a few years back with… Read more »

@Fedaykin – thanks for the update. I was using late 2018 information so this is good to see. I am not sure having just 9 CH-148 some 11 years after 28 should have been delivered means there is nothing inherently wrong. the ‘Block 1’ aircraft are the ‘interim’ spec. that allowed training and conversion but little else. Forgive me waving my little Union Flag here but these are two major contracts that the Merlin had won, politicians cancelled for ‘whatever reason’ and Sikorsky benefited despite being the beaten competitor first time round. And then when they are gifted the two… Read more »

In respect of the Canadians my personal view is they should have stuck with the Merlin in the first place and it is a degree a bit ironic and fairly absurd when you think about it that they stuck with the CH-149 for SAR. The RCAF will be operating an AW-101 and S-92 variant in parallel for two different missions that would more logically be done by one type. The politics that revolve around dropping the Merlin in the first place is more a reflection of Canada and its Kafkaesque procurement process and interference by political issues of the day.… Read more »

@Fedaykin – On your last point first the added irony is that Lockheed Martin, Westland’s US partner, bought Sikorsky in 2015 for $9 Bn. And those sort of deals do not happen in 10 minutes. I do take your point that it was a bit incongruous for the US Navy to order a foreign aircraft to demonstrate the USA’s image around the world but then the Merlin was and remains the best at what it does and why it has been around so long. I think Bush was OK with it when it was ordered as we had stood by… Read more »

You have to question whether, due to the delays, that the CH-148 in its Block 2 guise is even close to the Merlin HM.2 standard. Which has been developed and delivered in the time frame that the CH-148 was delayed…
I fear the Canadians have got a helicopter whose systems are already halfway towards obsolescence…

Thanks for reminding everyone about this Chris. First thing on my mind when I saw the headline.

Looks like a big improvement upon the long serving current Helo. I think this is a good size/performance aircraft compared to the Merlin which was too big and really too much helo for this requirement.

But that could have already been in service for half the price.

@Paul Bestwick – and 10 years sooner. And therein lies the faultline of delaying any military project to supposedly ‘save money’…

Can anyone tell me if we were looking to purchase these for the QE class & SF?
Thank you in advance.

In short. No. There is no money. The UK, if it ever goes for a tilt-rotor will go for V-280 when that arrives.

Obama canceled the Merlin deal not to save money but to avoid having a foreign aircraft conveying the president. Some partnerships are more equal than others.