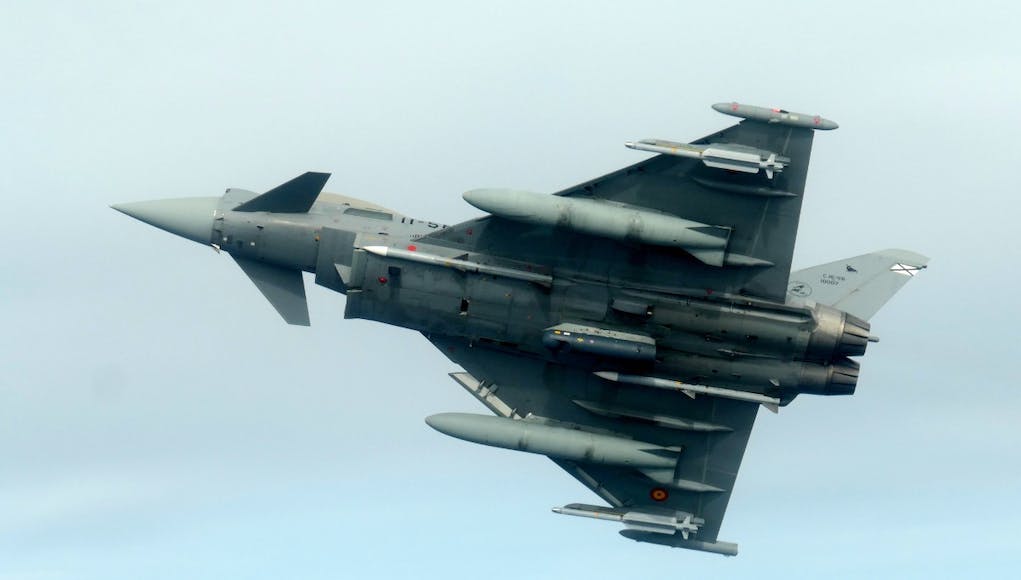 Spanish Typhoon jets scrambled over the Black Sea as part of NATO Air Policing duties in the region.

NATO say that its radars recorded an unidentified track in international airspace over the southern Black Sea heading to Romanian airspace.

“My aircrew conducted this first alert mission professionally under the tactical control of the Romanian Control and Reporting Centre. They shadowed the Russian aircraft demonstrating NATO’s ability to quickly respond to situations arising near Alliance air space,” he added.

The Russian fighters operated over international airspace all the time; once they turned and headed back north east, the Spanish Eurofighters redeployed to their temporary home base on the Black Sea shore.

And promptly fell asleep at the wheel

Levi, that’s an outrageous thing to say, I’m really shocked at such a comment …. If I was a bed wetting millennial, I might have taken deep offence at such a thing….

It’s “promptly fell asleep at the control column” ….. Not wheel…..

Mark B
Reply to  John Clark

? I expect they have probably used up their overtime budget for the year being called out at noon …

British jet with a Spanish flag on it. 😛

I get the feeling this is another thread heading for redaction guys!!

Maybe we can pursade the Spanish to join Team Tempest after the Franco German effort collapses into tears before bedtime….

No. Enough with the Euros. I think it should just be a British project, with CANZUK nations as partners, and European suppliers with contracts, i.e. Saab, Leonardo. But they should not be project equals. We’ve seen where that leads with the Typhoon, which may never achieve its full potential because of it.

Fair point George, but, I think the Italians and Spanish have been pretty good Eurofighter partners, haven’t they? France and Germany both screwed the pooch ( to borrow a phrase from our American cousins), France, typical intransigence, par of the course and huffed off early …. The Germans have almost single handedly damaged Typhoon, dragged their feet over initial and ongoing development and subsequently loosing many foreign orders because of it. So, absolutely, keep the Germans ‘well’ away from anything to do with Tempest! The UK has to be the major share holder, dictating the pace and specifications of the… Read more »

I agree Italians and Spanish have been reasonable. However, its clear that the EU and the UK are going to be wary bedfellows. Do we really want our 6th gen jet to be known (fully) by the EU? They clearly can’t be trusted.

I stand to my point, we should have European contractors working with us, but certainly not partners. My point exactly, we should have Canada, NZ and AU on board if we can. Now is the time to work with our closest allies before the Americans lock them into their folly of expensive duds.

Not NZ for Tempest, they have not had fighters for many years since Skyhawks retired/sold

Think NZ should start to look at Jets again.The way of the world at the moment may need them at some point.

They need a full program to train pilots and simulations. They should come over here to get trained if needed.

Sadly NZ is run by a liberal flake. Happy to hide behind Australia. Individual New Zealanders are still top rate individuals, both service and civilian. Its political class though leave a lot to be desired.