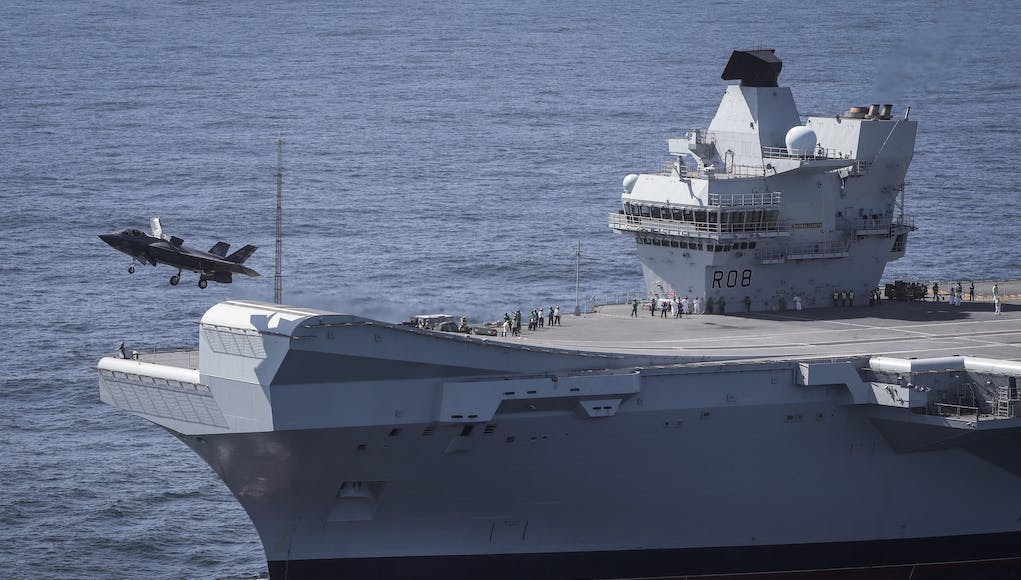 The aircraft that landed on the supercarrier belong to the Joint Operational Test team. The team’s mission is to build confidence in the aircraft towards helping clear the F-35 to make the legally mandated advance from Low Rate Initial Production to Full Rate Production. The RAF’s No 17 (Reserve) Test and Evaluation Squadron comprises ten percent of the test programme in the JOTT.

The reason that the aircraft are American isn’t some scandalous outrage or sign of something terrible, it’s simply that most of the F-35Bs in Joint Operational Test team are American.

It is understood that the two ‘orange wired’ F-35 test aircraft, belonging to the Integrated Test Force will conduct 500 take offs and landings during their 11-week period at sea.

The MoD recently confirmed that four F‑35B Lightning developmental test pilots embarked to fly the aircraft; three British, one American. The British personnel comprise a Royal Navy Commander, a Squadron Leader from the Royal Air Force and one civilian test pilot. They will be joined by a Major from the US Marine Corps.

“As the US’s biggest partner in the F-35 programme, we jointly own test jets which are on track to fly off the deck of our new aircraft carrier later this year. We will continue to work with our American allies on these trials, and plan for the first momentous landing on HMS Queen Elizabeth to be a British pilot.”

It could be worse, they could be French jets.

Can you elaborate please.

Well, French jets require arrest or wires and catapults. Queen Liz doesn’t have them, so ‘it could be worse’. I think that’s what he meant. Personally, I’d be mortified if it were French jets attempting the first landings.

Erm, really?
You need me to explain a bad pun about why the Brits love to moan about the French?

I think Bob gets it though so I’m not entirely insane.

Nah… We are saving those for the Phalanx testing 😉

Hello Peter, how are you? Last met in Bridgnorth with Dave Griffiths.

Love to see a Rafale do a touch and “rocket up the sky jump” like a home sick angel on big Lizzie!

My guess is it would not end well!!

Seriously though, who cares what markings are on the aircraft, let’s just crack on with the testing….

USMC jets will be regular and very welcome guests anyway in the coming years.

Of course it would. The question is would it be able to take off again with or without weapons

Source: Royal Navy pilot to be first to land on HMS Queen Elizabeth

[…] I echo what my colleague George Allison wrote recently: […]

There may be trouble ahead!
I wonder how this will affect the flight trials?
https://www.defensenews.com/air/2018/08/22/f-35-landing-gear-collapses-after-in-flight-emergency/ 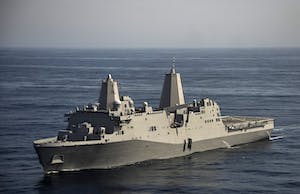